How Federal Policies Have Spawned a Heroin Epidemic

Heroin addiction is becoming a serious problem in the U.S., and far from being an inner-city problem, heroin addicts abound in the suburbs of America.

According to the Centers for Disease Control and Prevention (CDC),1 lethal heroin overdoses nearly quadrupled between 2000 and 2013 in the U.S., escalating from 0.7 to 2.7 deaths per 100,000 during this timeframe.

As discussed in the featured 60 Minutes segment, “Heroin in the Heartland,”4,5heroin addiction is fueled by legal drug addiction to opioid painkillers which, from a chemical standpoint, are nearly identical to heroin.

Excessive Use of Painkillers Have Created a Nation of Drug Addicts

Between 2013 and 2014, heroin use in the U.S. rose by 51 percent,6 and the reason for this resurgence is in large part due to it being less expensive than its prescription counterparts.7

Many painkiller addicts also end up using heroin when their tolerance level surpasses their allotted prescription dosage, or when they are no longer allowed to refill their prescription.

According to a report8 issued by the U.S. Drug Enforcement Administration (DEA) in April 2015:

“Controlled prescription drug abusers who begin using heroin do so chiefly because of price differences, but also because of availability and the reformulation of OxyContin.”

As noted by Forbes,9 the drug industry has a lot to answer for, as drug makers have repeatedly downplayed the addictive nature of their wares while aggressively promoting their use.

Purdue Pharma is just one example. In 2007, the company pled guilty to charges of misbranding, and was fined $600 million for misleading the public about Oxycontin’s addictive qualities.

Dr. Meryl Nass,10 has pointed out that opium production in Afghanistan has doubled since the U.S. military entered the region in 2001, and heroin-related deaths started to climb in 2002. She believes this is the real story behind the rise in heroin availability across the U.S..

Heroin Addiction Flourishes in US Suburbs

Wherever it’s coming from, one thing is sure — heroin has become readily available even in rural and suburban areas. As noted by Ohio Attorney General Mike DeWine,11 whom 60 Minutes interviewed for this segment:

“Heroin has lost its stigma as a poisonous, back-alley drug. There’s no psychological barrier anymore that stops a young person or an older person from taking heroin. There’s no typical [heroin user]. It has permeated every segment of society in Ohio.”

60 Minutes interviews a number of people about how and why they, or their loved one, started using heroin and painkillers — either stolen from a family member or prescribed for things like sports injuries and dental procedures — and how that typically served as the launching pad into illicit heroin addiction.

Heroin addiction has become such a widespread problem that families and friends of addicts are now routinely taught how to administer Narcan (naloxone hydrochloride), a medication that reverses the effects of opiates in the brain and helps restart normal breathing following an overdose.

While originally administered primarily by emergency care personnel, Narcan is now available over the counter, without a prescription. Some schools are also starting to stock Narcan.12

As reported by Epoch Times:13

“A 2010 survey of naloxone programs operating in the United States since 1996 found that 53,000 kits containing naloxone were distributed through 188 programs across 16 U.S. states. This distribution was reported to have resulted in over 10,000 successful overdose reversals.” 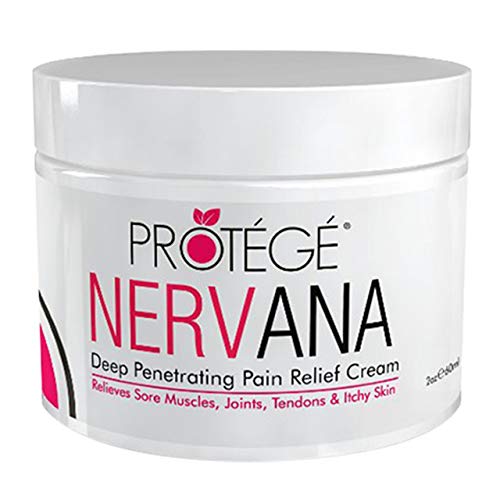 New Hampshire is another state struggling with a severe heroin problem.14 Its medical board recently adopted a new rule requiring evidence-based screening to determine which patients might be at risk of addiction.

The state is also strengthening its prescription drug monitoring program, and medical boards are tightening their rules for prescribing opioids.

A part of this problem is the nonsensical actions of our federal leadership, which supports the use of exceptionally dangerous painkillers while preventing the use of medical marijuana, which can offer non-toxic pain relief.

At the federal level, marijuana is classified as a Schedule 115 controlled substance — a category reserved for the most dangerous of drugs, including heroin, LSD and Ecstasy.

According to the 1970 Controlled Substances Act, Schedule 1 drugs are defined as those having a “high potential for abuse” and “no accepted medical use.” Research to date shows that marijuana meets neither if these criteria.

Meanwhile, oxycodone, fentanyl, and meperidine (Demerol), which are among the most commonly abused opioids and leading causes of overdose deaths, are Schedule 2 drugs, meaning they should technically be less dangerous than marijuana which, clearly, they are not.

This is a double-standard that destroys lives, and makes absolutely no sense from a legal or scientific standpoint. As noted by Forbes:16

“Forty-six Americans die each day from prescription opioid overdoses and none from marijuana. So, it makes sense that the U.S. attorney general has told the DEA to focus on the serious problems and let go of marijuana enforcement.

That change in tactic seems to be paying off. The New York Division of the DEA just unsealed a case that involved an oxycodone distribution ring that had distributed over 500,000 pills in a five-year period with a street value of $10 to $15 million…

The idea is to stop the gateway drug so that these abusers won’t then turn to heroin which is cheaper.” [Emphasis mine]

Still, simply refocusing arrest efforts on those dealing in pain pills rather than chasing after pot dealers does not correct the problem. To really make a dent in the use of addictive painkillers, marijuana should be completely decriminalized and embraced for its non-toxic pain relief potential. Forbes even notes that there are studies showing medicinal cannabis may be helpful in the treatment of heroin addiction.

Pain Is the No. 1 Cause for Drug Addiction; Medical Cannabis May Help

Physical pain and financial strain appear to be two of the primary forces driving suicide and addiction rates in the U.S. And, according to a report17 by The Atlantic, undereducated middle-aged white Americans are “dying from despair” in increasing numbers. When you consider the interconnectedness between pain, depression and subsequent addiction, it’s easy to see how the end result can be lethal, which is why we really need to reevaluate how we treat pain in the first place.

I believe medical marijuana could play an important role in making the treatment of pain much safer. The Journal of Pain,18 a publication by the American Pain Society, has a long list of studies demonstrating the pain-relieving effects of cannabis.

Research published in 2014 also suggests medical cannabis may be a far safer alternative for people with chronic pain, with use of marijuana resulting in a 25 percent drop in deaths from painkiller overdoses — a fairly significant reduction. Neurosurgeon and media reporter Dr. Sanjay Gupta discusses these findings in the video above.

In light of the evidence, it’s hard to understand DEA chief Chuck Rosenberg’s open dismissal of cannabis. Time magazine recently quoted him as saying: “We can have an intellectually honest debate about whether we should legalize something that is bad and dangerous, but don’t call it medicine — that is a joke,” further adding that “it has never been shown to be safe or effective as a medicine.” 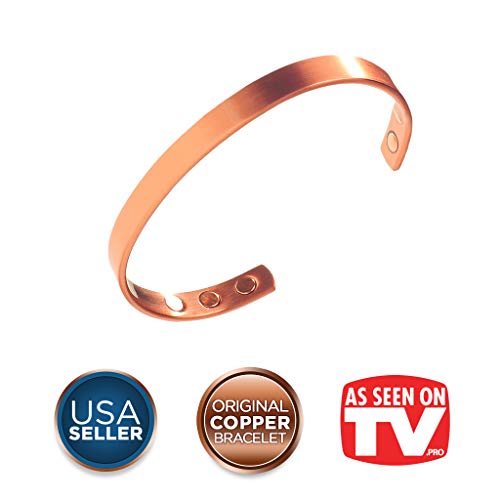 I believe the scientific evidence proves Rosenberg wrong on both accounts. It has been shown to be effective for certain ailments — including pain — and is has a FAR better track record in terms of safety compared to conventional painkillers.

I’m not alone in this view. In fact, as of this writing nearly 80,000 people have signed a petition19 asking the White House to fire DEA chief Rosenberg for calling medical marijuana a ‘joke.’20 An earlier petition21 to fire anti-marijuana DEA administrator Michele Leonhart garnered 46,000 signatures. Leonhart, following accusations of mismanagement, stepped down in May. At the time, Rep. Earl Blumenauer (D-Oregon) said:22

“I encourage the president to use this as an opportunity to fill this important role with someone who understands the outdated federal approach to marijuana isn’t working. The American public has moved on. Most now feel marijuana should be legalized.”

On Veteran’s Day, dozens of military service members dumped a big pile of empty pill containers outside the White House, calling for the federal government to make medical marijuana available to veterans of war. As reported by The Washington Post:23

“Here’s what the over-medication of our veterans looks like,” they said as they spilled the canisters onto the floor. “We don’t want it.” The veterans and protesters…argued that Veterans Affairs hospitals are over-medicating veterans, prescribing them a large number of psychoactive medications to treat PTSD… VA health-care providers can’t talk to their patients about medical marijuana options, even in states where there are legal medical marijuana programs.

A bill in Congress, the Veterans Equal Access Amendment, would allow doctors to provide recommendations about participating in such state programs.

“There’s something seriously wrong going on. It’s disgusting,” said Jose Martinez, 27, a triple amputee who stepped on a bomb while serving in Afghanistan in 2012. Martinez, who lives in California and works with the Weed for Warriors Project, said he was prescribed a cocktail of pills and had a debilitating pain pill addiction. He now uses marijuana and says he no longer takes those prescribed pills…”

Everything We Think We Know About Addiction May Be Wrong

Another factor worthy of consideration is the importance of strengthening human bonds and forming social networks. The video above is a short animated summary of Johann Hari’s book, “Chasing the Scream.” In it, Hari argues that everything we think we know about addiction may be wrong.24 It’s possible that the chemical itself is not to blame for addiction; rather, addiction may be a sign of a much larger societal problem — a lack of heartfelt

Drug addiction is just one type of unhealthy bonding that can take place in lieu of bonding with friends and family. To break addiction — an unhealthy bond — you must replace it with healthier bonds. In this view, drug addiction is a symptom of disconnection; not the inevitable result of being exposed to a drug.

Factors like loneliness and grief are also known to worsen pain, so taking steps to build and nurture a stronger social network may indeed be an important part of your recovery — both from pain and from addiction.

I recently received an interesting case study from Mark Newman, President of Precision Analytical, Inc. (my favorite hormone testing service, and the one I use personally). A 23-year-old woman was given hydrocodone after getting her wisdom teeth extracted. Her sex hormones and adrenal hormones were tested before taking the drug, and again after taking hydrocodone every four to six hours for two days.

At that point, after just two days on the painkiller, her cortisol production was completely demolished, while her sex hormone levels remained stable — the outcome of which is adrenal fatigue, which in turn can set a cascade of disease processes into motion. 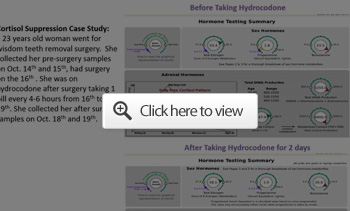 With all the health risks associated with opioid painkillers, I strongly urge you to exhaust other options before resorting to these drugs. Below I list some of the most effective non-drug alternatives for the treatment of pain that I know of. If you’re in pain, I recommend trying these first, before even thinking about prescription painkillers of any kind.

There is another option that involves reeducating pain pathways through neuroplasticity that Norman Doidge discusses in his new book, “Healing the Brain.” I will be interviewing him shortly about this exciting possibility. Even Smart People Misuse Them An Earlier Exceptional Nation