Blowing Up the Death Star Didn’t Destroy Economy, Building It Did

A paper written by Zachary Feinstein discussing the economic consequences of blowing up the Death Star has been making the rounds on social media. While I’m a fan of using Star Wars to teach economics, Feinstein makes a very basic economic mistake in his focus on the Death Star’s destruction.

The paper actually starts out strong. Feinstein notes that, “Economics and finance, much like the Force as explained by Jedi Master Obi-Wan Kenobi, is ‘created by all living things. It surrounds us and penetrates us; it binds the galaxy together.’” Unfortunately, the author shifts from looking at the organic economy towards the dark side of economic models and aggregates – in this case Gross Galactic Product. The paper goes on to outline the quintillions that would be spent in the construction of the Death Star, the estimated size of the galactic banking system and the bailout that would be needed to restore financial confidence after the collapse of the Empire.

While some of the points made are interesting, the paper overlooks that the real economic problem with the Death Star is that a genocidal government built it at all.

I would point both Feinstein (and Emperor Palpatine) to Henry Hazlitt’s Economic in One Lesson. In the words of Hazlitt:

The art of economics consists in looking not merely at the immediate but at the longer effects of any act or policy; it consists in tracing the consequences of that policy not merely for one group but for all groups.

By simply focusing on the seen – the Death Star – Feinstein fails to consider the opportunity costs involved in the creation of the vessel in the first place. For example, the paper notes that the steel required to build the Death Star would be valued in the equivalent of hundreds of quintillions of dollars. Imagine the number of sometimes-helpful droids that could have been built by that same steel on a free galactic market if it were not reallocated to the diabolical plans of the government!

While noted science fiction fan Paul Krugman may point to the number of jobs that the Death Star created, Hazlitt is also ready with a response. Using the example of government building an unnecessary bridge:

[F]or every public job created by the bridge project a private job has been destroyed somewhere else. We can see the men employed on the bridge. We can watch them at work. The employment argument of the 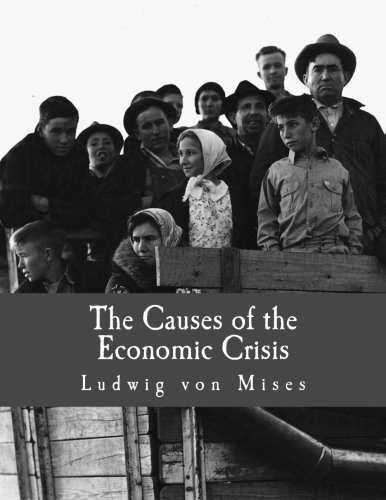 government spenders becomes vivid, and probably for most people convincing. But there are other things that we do not see, because, alas, they have never been permitted to come into existence.

The paper also doesn’t look at the impact the Death Star’s construction would have on the galaxy’s tax burden. As Rothbard notes in War, Peace and the State, “State wars can only be waged through aggression against the taxpayer.” Since we know George Lucas’s fictional galaxy has its own version of the IRS, I believe it is safe to assume that the same aggression applies to star wars.

In fact, a closer look at Star Wars economics highlights that any hope for Galactic harmony does not come from the return of the Jedi, but from embracing capitalism. After all, a true market economy would make the construction of a Death Star nearly impossible in the first place. As Ludwig von Mises explained in The Causes of the Economic Crisis:

It is inherent in the nature of the capitalistic economy that, in the final analysis, the employment of the factors of production is aimed only toward serving the wishes of consumers.

If the Galaxy had free enterprise, is it likely that consumer demand would lead to the creation of a moon-sized battle station designed to destroy inhabited planets? Further, would anyone without the taxation powers of the Empire be able to afford such a monstrosity? Highly doubtful. In fact, the whole chain of events that led to the rise of Darth Vader and the eventual election of Jar Jar Binks was all set in place due to a dispute over burdensome tariffs!

Perhaps when the world is treated to the release of The Force Awakens, we will see Princess Leia call out, “Help Me, Ludwig von Mises. You’re My Only Hope.” After all, if a Mises reference is good enough for Batman – it’s good enough for Star Wars.

Surveillance LiesIt Must Be Safe