Regicide in the Redoubt

(This essay is biased–as we all should be–toward the family man, the working man–a real man—as opposed to the State and its minions.)

A king of men was killed by boys in blue, or rather by deputy sheriffs, Barney Fife’s types. But these Barney Fifes, while just as insecure as he of Mayberry, are on steroids and their AR’s have banana clips full of bullets, verses one in the pocket. And they unloaded these magazines into the torso of a king.

On that murderous evening the venerable Idahoan rancher and logger Jack Yantis, age 62, was having dinner with family and a friend when he received a call from the sheriff dispatcher informing him his prized 2,500-pound black Gelbvieh bull had been hit by a Subaru station wagon outside his ranch gate. The bull’s rear leg was shattered by the collision. When Jack arrived at the scene the deputy sheriffs had already been taking pot shots at the bull from a safe distance away with no effect other than to enrage it. Jack probably displayed both sorrow for his bull and disgust with the hapless deputies. A enraged, hurt bull is a dangerous, unpredictable animal, but Jack went up close to the bull and with courage and skill pointed the rifle at the sweet spot of the head for the coup de grâce. Jack was about to pull the trigger when a deputy grabbed him from behind and spun him around. The deputy then pushed Jack Yantis, who began falling and tried to regain his footing. One deputy began shooting at Jack and then the other. They had AR-15’s among there arsenal. Jack’s wife, Donna, and a nephew were also at the scene and screamed at the deputies to stop. 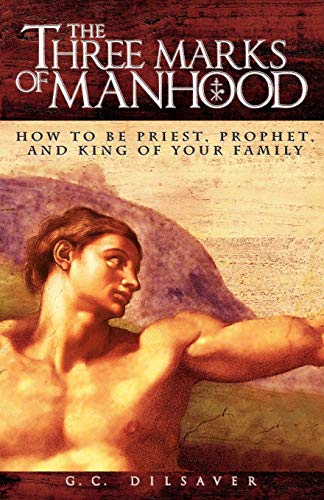 Shot in the chest and abdomen, Jack Yantis fell to the ground. Neither deputy went to check on him, but rather intercepted Donna and the nephew who were running toward him. “And then they (the deputies) threatened me and my nephew … threw us on the middle of Highway 95, searched us and handcuffed us, and wouldn’t let us go take care of Jack,” Donna said. The nephew said one deputy pointed his gun at his head. Donna Yantis had a heart attack right then and there. A friend who had been having dinner with the Yantises had been near the wrecked car when the shooting started and ran toward Jack. The deputies handcuffed him as well. Jack died alone in the road without so much as a loved one by his side. Some time later, Donna was taken by ambulance and helicopter to Saint Alphonsus Regional Medical Center in Boise, where she was hospitalized.

A few days later Jack Yantis’ daughter Sarah stood with her husband and children at the scene outside the Yantis ranch and made a statement:

“This is the exact spot where my dad Jack Yantis was brutally gunned down and murdered by the Adams County deputies. Though it has been washed twice, and it rained for a night and a day, his blood still remains here on the road. I believe this is where his blood is going to stay until he receives justice for the tragic and needless murder. My father did not receive any care, including medical care, prior to my arrival. And he was shot and left for dead like common roadkill….While my father’s blood stains this pavement, the officers that murdered him are on paid leave. What has America come to? It’s no longer the land of the free and the home of the brave.”

The sheriff of Council, Idaho, Ryan Zollman, said the right things to get elected in this fiercely independent region. But it also turns out that Zollman has been playing footsies with the Feds and homeland security.

“Official government documents from the Adams County, Idaho Council meetings which reveal that the Adams County Sheriff’s Department participates in multiple classes given by the federal U.S. Dept. of Homeland Security. Current Sheriff Ryan Zollman was present at the meetings. The Sheriffs were required to take both online and in-person classroom DHS courses….This is in sharp contrast to the bluster uttered by Sheriff Zollman in 2013, in which he vowed to stand up to the feds.” http://libertyfight.com/

Is Sheriff Zollman a Federal plant or just an opportunistic pig? In any case he failed to instill in his deputies the right attitude of respect for the citizenry and failed to pick men with prudence, failed to pick men who could appreciate human dignity much less kingly dignity. Zollman should be impeached because it is his responsibility.  As we learned in the Marine Corps, the officer in command is accountable (in the now so called “Marine Corps” accountability is identifying a sacrificial fall guy, usually a politically incorrect man, a real warrior). The culture in the Adam’s County Sheriff’s Department is clearly one of disdain for all who are mere civilian mundanes. Zollman, who has been unwilling to take any responsibility, is no king, much less a man, and most likely a traitorous quisling.

But Jack Yantis was indeed a king among men. No not because of ancient lineage, though surely his royal character has to do with the fact that his parents too were blue-collar royalty. But this royalty is the true royalty that is earned and based on the man himself, his character and his deeds. Jack was an elite lumber jack and a cowboy. He was the man the federal employees would call when a tree was too dangerous for them to fell. Lumber-jacking is one of the most dangerous jobs in the world, and ranching and farming are close behind (whereas law enforcement is relatively safe). Jack was a king among men, and not because of some stinking badge or because he was a minion of the satanic-state. 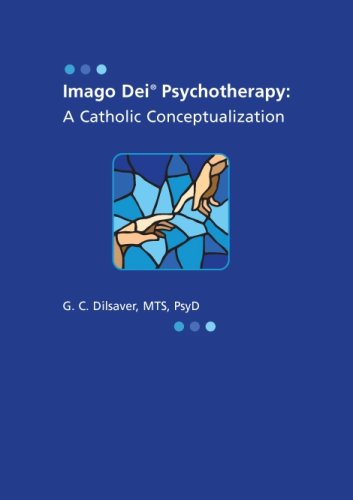 Like all true kings Jack had an attitude, an attitude based on his character. It wasn’t the false attitude of street thug bullies, be these bullies gang members or arrogant cops. Jack’s attitude was based on deep humility and true courage. It has been brought up by the newspapers that Jack had gotten popped twice for DUI. Jack worked hard, harder than cops and bureaucrats, and he could handle a drink or two and still drive. (In saner times it used to be legal to drink a beer while driving in neighboring Montana.) It has also been brought up that Jack once was charged with obstructing a cop in his duties, that is, Jack always had an attitude. Indeed Jack’s type of attitude is something most often lost at a young age (similar to the castration of young bulls). The satanic-state and all in league with it would rather have had Jack be a castrated metro-sexual on antidepressants than a real testosterone-fueled cowboy, lumberjack, and man. Jack’s attitude was that of deep character, was that of a real man, indeed that of a king among men. Jack’s attitude was the polar opposite of the superficial attitude of the punk, be that punk a kid with his pant’s falling off or a cop with his gun going off.

Jack had the manly and kingly attitude that comes from the deep recesses of a free man’s heart. Such an attitude is that of the magnanimous man. Magnanimity is based on humility. Only a humble man very in touch with reality both outside himself and about himself could fell trees the way Jack Yantis did. Jack at the time of his murder was in the fullness of his manhood and was taking full responsibility for that under his domain, be that his family, or land, or livestock. He was not a teat-sucking citizen or employee of the nanny state. Jack’s attitude was the polar opposite of the spoiled ghetto thug on crack, or the wannabe skinhead on meth, or the video-addled wimp on psychotropics; or indeed the combination of all these punks which is the composite and so politically correct profile of America’s police force and governmental management. Yes, punk’s lives matter, but lives of men like Jack matter more! No, they don’t matter more intrinsically; however they absolutely matter more to family and community and thus society, than do those of selfish, superficial, and cowardly punks.

When punk minions of the State kill men like Jack Yantis they are filled with nothing less than a demonic audacity. In killing men like Jack they are striking at the heart of the West, both the Cowboy West and what is left of Western Civilization. But Jack has brothers and sons that span across Adams County, across Idaho, across the Redoubt, across America, and indeed across the WORLD. It is time for these brothers and sons to rise up. Indeed it is the very last chance before the total bondage of the satanic-state descends in a suffocating totalitarianism. (Also see William Norman Grigg’s Justice for a Murdered Rancher.)