When Collapse Is Cheaper and More Effective Than Reform

We all know why reforms fail: everyone whose share of the power and money is being crimped by reforms fights back with everything they’ve got.

Reforms that can’t be stopped by the outright purchase of politicos are watered down in committee, and loopholes wide enough for jumbo-jets of cash to fly through are inserted.

The reform quickly becomes “reform”–a simulacrum that maintains the facade of fixing what’s broken while maintaining the Status Quo. Another layer of costly bureaucracy is added, along with hundreds or thousands of pages of additional regulations, all of which add 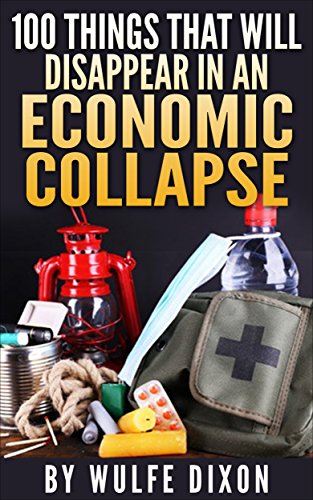 100 Things That Will D... Wulfe Dixon Check Amazon for Pricing.

cost and friction without actually solving what was broken.

The added friction increases the system’s operating costs at multiple levels.Practitioners must stop doing actual work to fill out forms that are filed and forgotten; lobbyists milk the system to eradicate any tiny reductions in the flow of swag; attorneys probe the new regulations for weaknesses with lawsuits, and the enforcing agencies add staff to issue fines.

None of this actually fixes what was broken; all these fake-reforms add costs and reduce whatever efficiencies kept the system afloat. Recent examples include the banking regulations passed in the wake of the 2008 meltdown and the ObamaCare

Back in 2010 I prepared this chart of The Lifecycle of Bureaucracy: as bureaucracies expand, they inevitably become less accountable, less efficient, more bloated with legacy staffing and requirements that no longer make sense, etc.

As costs soar, the bureaucracy’s budget is attacked, and the agency circles the wagons and focuses on lobbying politicos and the public to leave the budget untouched.

Since accountability has been dissipated, management becomes increasingly incompetent and larded with people who can’t be fired so they were kicked upstairs. Staff morale plummets as the competent quit/transfer out in disgust, leaving the least productive and those clinging on in order to retire with generous government benefits.

In this state of terminal decline, the agency’s original function is no longer performed adequately and the system implodes from the dead weight of its high costs, lack of accountability, gross incompetence, inability to adapt and staggering inefficiency.

Previous article by Charles Hugh Smith: The Test Most Will Fail