When Insulting the Police is a "Crime"

Three residents of Arena, Wisconsin posted critical and provocative messages on the Facebook page of the local police department. All of those comments were purged by the officer who administered that page. Only one of them, however, resulted in criminal charges.Thomas Smith was arrested and charged with “disorderly conduct” and “unlawful use of a computerized communication system” in a fashion that “tended to cause a disturbance.” Following a brief and perfunctory trial in which Smith’s written comments were the only “evidence” used against him, the 23-year-old was convicted and sentenced to a year of probation and 25 hours of “community service.”

Smith’s conviction was overturned roughly a year later by the Wisconsin Court of Appeals. This gave rise to the inevitable civil rights lawsuit, which which last week produced a $35,000 settlement underwritten by the productive people sentenced to reside within Arena’s tax jurisdiction. 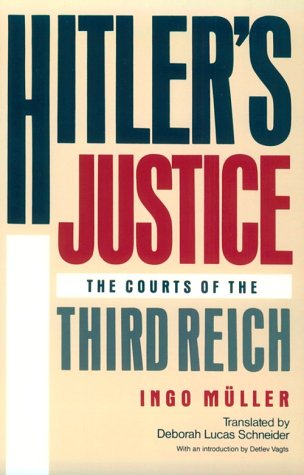 The settlement would probably be enough to cover Smith’s legal expenses. It certainly wouldn’t be adequate compensation for a three-year legal ordeal orchestrated by petulant, power-intoxicated police officers and city prosecutors who pretended to be enforcing community standards, rather than engaging in transparent retaliation against a critic. In addition to serving a day of pre-trial detention, Smith was subjected to bail conditions that denied him use of a computer or a cell phone for any non-employment-related purpose, and as a condition of bail he was required to share his passwords with the Iowa County Sheriff’s Office.

In substantive terms, Smith was subjected to a form of probation as punishment for an “offense” that had yet to be proven.

The comments that prompted the malign attention of the Arena PD were posted on a July 20, 2012 Facebook thread in which department announced the arrest of three African-American males suspected of trespassing and breaking into homes in the village the previous day.

Reacting to previous comments that had been critical of the department’s performance – an important point to which we will return — Smith posted two brief contributions in which he gave unfiltered (and ungrammatical) expression to his views regarding law enforcement and race relations.

During the trial, defense attorney Thomas Aquino pointed out that the defendant “ is not accused of hitting someone or stealing anything. What he is accused of is writing some words on Facebook.” Yes, Aquino acknowledged, the words were “uncivil” and even “naughty,” but posting them wasn’t a crime. 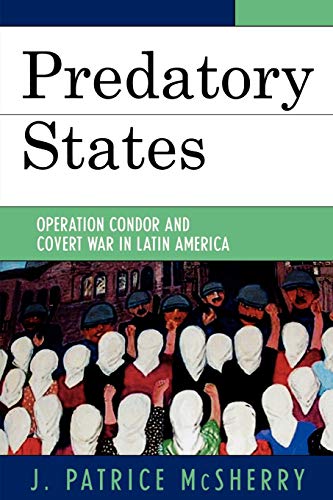 Rising from his fainting couch and primly clasping a handkerchief to his breast, Iowa County Assistant District Attorney Matthew Allen insisted that by writing those comments Smith had not engaged in “constitutionally protected speech,” but rather in “indecent, profane and boisterous conduct” that was an incitement to a public “disturbance.”

“In this day and age … where more communication is done by e-mails and texts and social media it’s all the more important that standards be enforced with respect to written comments such as the ones posted by Mr. Smith,” Allen piously admonished the jury, urging them not to allow the author to “evade accountability.”

Smith’s comments were discovered two days after they were posted by Officer Nicholas Stroik, who served as the administrator for the department’s Facebook page. Stroik, predictably, made a hard copy of the offensive post and then deleted it from the page. Significantly, he also deleted negative comments posted by Arena residents Kim Marks and Dana Willey, both of whom also accused – albeit in more oblique fashion – the department of racism. In fact, they had made those accusations before Smith happened upon the Facebook thread.

Marks and Willey “did not use profanity,” Allen pointed out to the jury. “They did not use the `n-word,’ no vulgar comments or attacks [were involved], and that’s why we’re here prosecuting Mr. Smith’s post.”

Allen insisted that Smith had written his comments with the purpose of “intimidating” the bold and valiant paladins of public order who patrol the forbidding streets of Arena, Wisconsin – two square miles inhabited by about 800 people whose ethnic homogenity makes the Osmond family look like the United Colors of Benetton.

Now, I grant that no amount of body armor adequate to protect the uniquely vulnerable egos of police officers who are targeted for abuse

and ridicule. This is why we are told that growing – and still woefully inadequate – public criticism of law enforcement is nothing less than a “war on police,” and that high-profile criticism of cops is akin to ISIS-caliber terrorism.

Even if we accept that premise as applied to Smith’s Facebook postings, however, we’re left with the insurmountable fact that Thomas’s comment was not primarily directed at the police. He was replying to the previous remarks published by Marks and Willey, who had introduced the subject of race into the discussion. That critically important fact fell victim to the prosecutor’s skillful misdirection.

Smith’s splenetic outburst protested what he perceives to be the ubiquitous plague of racism, which he considers especially acute among police officers. Rather than threatening the police, Smith’s comments urged them – using language of the kind that routinely emerges from the tax-devouring gullets of police officers – to leave him alone.

The observations offered by Marks, on the other hand, were forthrightly contemptuous of the Arena police.

Marks began that discussion by offering a sarcastic “You’re so very welcome” to the statement from the Arena PD thanking local residents for helping to apprehend the suspects.

“Thanks for searching my house and accusing me of harboring so-called dangerous fugitives that I don’t even know,” she continued. “Wasting time searching people’s houses when the fugitives were no where near there. And since when is it okay for a resident to point a gun at a couple of kid’s heads? If that was anyone else’s kids [I’m] pretty sure it would be a big deal. Oh, wait though. They were black so it’s okay. Thanks to everyone that made our town look like nothing but a racist, prejudice[d] place to live. I’m embarrassed to say I’m part of that kind of community. If I were black, I’d run, too.”

“And don’t anybody say it isn’t about race because it is when I ask the cop specifically what they look like and his response is they will stand out because they don’t belong here,” Willey replied a few minutes later.

As ADA Allen pointed out, neither of those posts contained vulgarity or racial epithets. They did, however, contain what could be characterized as “attacks” on the professionalism, competence, and integrity of the police department, in addition to overt accusations of racial bias. This is why Officer Stroik removed them from the comment thread, while preserving several others that were laudatory. Since this was done by a government agency, that selective deletion must be regarded as content-specific censorship of citizen complaints.

Shortly before closing arguments, Judge William Dyke sent the jury out to lunch while he considered – in the most perfunctory fashion imaginable – a motion for summary judgment from defense attorney Thomas Aquino. Dyke batted away Aquino’s argument that Smith had engaged in protected political speech by ruling that “there was a display of hostility, provocatory [sic] language and inciting or inviting controversy, inviting what would appear as the messages progressed to be intending to incite illegal behaviors. That it held the community and the police up to ridicule and contempt and contumely.…” (Emphasis added.)

Judge Dyke was clearly holding Smith solely responsible for “incitement” during a conversation in which all three participants displayed potentially provocative and inciteful “hostility” toward the Arena Police.

Recall that Marks, who is white, described herself as “embarrassed” to live in a community that could be perceived as racist. Furthermore, by her own admission, she deliberately cast aspersions on the police department. During her brief testimony in Smith’s trial, Willey explained that she wrote her critical comment “because I didn’t think that the Arena Police Department did a very good job in locating the 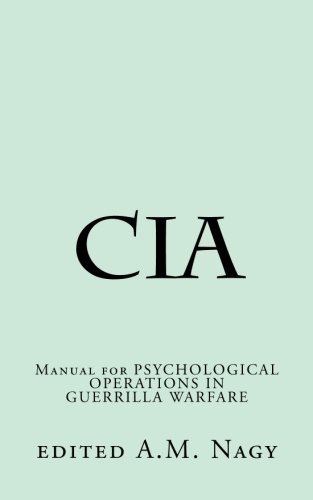 suspects when the citizens of Arena are the ones who actively detained them.”

All three of the negative Facebook comments met Judge Dyke’s definition of unprotected, disorderly “electronic communications” – a standard that does not require the use of profane language. Yet after he deleted all three of those messages, Officer Stroik focused only on the one posted by Smith.

Twenty minutes after Stroik excised the comments from the Facebook page, Smith was contacted by Officer Nicholas Zimpel, who “invited” the twenty-two-year-old to visit the Arena PD headquarters to “discuss” the post. Zimpel didn’t bother to disclose that Stroik had filed a six-count criminal complaint against him. At the time, Smith was headed to the Milwaukee County Fair and – as his Facebook post made clear – he understandably had no interest in having anything to do with the police. Determined not to allow “contempt of cop” to go unpunished, the Arena police materialized at Smith’s home the following day and placed him under arrest.

Both Marks and Willey, who had publicly ridiculed the Arena PD and accused it of racism, were known to the police, yet Stroik simply deleted their comments rather than pressing charges. By focusing exclusively on Smith, a young black man, the department arguably validated those accusations.

Predictably, the prosecution in Smith’s trial, anticipating an appeal, implanted the notion that the Facebook post constituted “fighting words” and was thus a form of criminal conduct. They were probably aware that the claim was facially absurd.

“I agree with the State that context matters, but the facts of this case do not persuade me that Smith’s comments had a tendency to incite an immediate breach of the peace by others against the police,” wrote Judge Paul Lundsten on behalf of the Court of Appeals. “The State’s argument and supporting evidence are simply too vague as to who Smith’s comments would have incited and what immediate breach of the 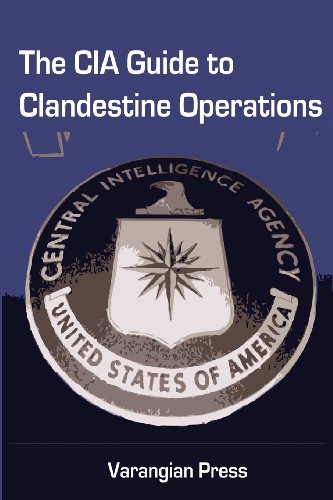 Even if Smith’s comments had found a receptive audience in Arena, the torpid hamlet doesn’t have a population large enough to generate a riot. However, five of its residents belong to that segment of society claiming the right to initiate violence and escalate it until those thus targeted either submit or die – and it was those state-licensed practitioners of coercion who committed a breach of the peace by abducting Smith at gunpoint.

Thomas Smith, who eventually received modest compensation for his suffering, is one of a growing number of citizens who have faced retaliation by police for critical comments made through social media. Impudent Mundanes have been targeted by orchestrated police union campaigns intended todestroy the livelihood, hit with felony “witness intimidation” charges, and even prompted no-knock SWAT raids.

It’s worth noting that although locating and detaining three young men suspected of property crimes was beyond the competence of the Arena PD, the department was a model of efficiency in tracking down and arresting a harmless fellow who had posted an offensive note on their Facebook page. In that contrast we see a splendid example of the institutional vanity of government law enforcement – and a good and sufficient illustration of why we would be much better off without it.

Previous article by William Norman Grigg: He Wouldn’t Back Down

Are Markets Being Manipulated Again?Dictators or Democracy