I see some scientists have done some studies suggesting that bacon and red meat cause cancer. Their conclusions appear to be based on fundamentally weak methodology.

What they say might be true or might not be, but it isn’t at all clear that they have proved their case based on the studies they have conducted.

I do know, however, the greatest cancer causing agent: The US Government. And as an agent of death, it goes well beyond cancer. Consider,

Atomic bombs dropped on Hiroshima and Nagasaki.  An epidemiology study by the RERF states that from 1950 to 2000, 46% of leukemia deaths and 11% of solid cancer deaths among the bomb survivors were due to radiation from the bombs. 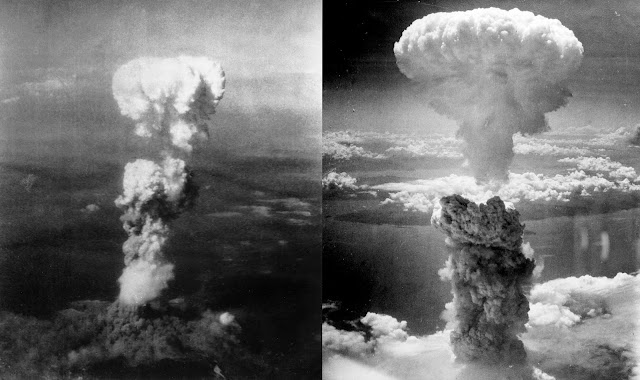 Agent Orange was dropped on Vietnam during the war there. 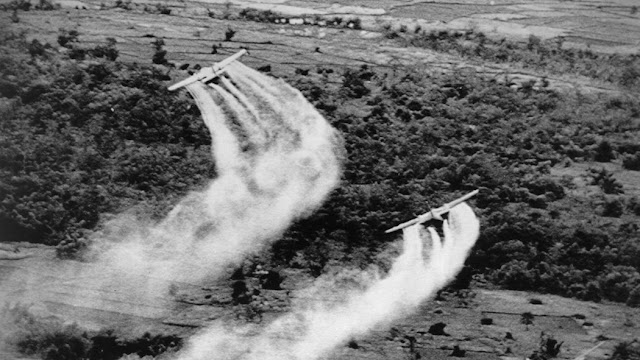 The government of Vietnam says that 4 million of its citizens were exposed to Agent Orange, and as many as 3 million have suffered illnesses because of it; these figures include the children of people who were exposed.[58] The Red Cross of Vietnam estimates that up to 1 million people are disabled or have health problems due to contaminated Agent Orange.[59]

According to a study by one Vietnamese scientist, Dr Nguyen Viet Nhan, children in the areas where Agent Orange was used have been affected and have multiple health problems, including cleft palate, mental disabilities, hernias, and extra fingers and toes.[61] In the 1970s, high levels of dioxin were found in the breast milk of South Vietnamese women, and in the blood of U.S. military personnel who had served in Vietnam.[62] The most affected zones are the mountainous area along Truong Son (Long Mountains) and the border between Vietnam and Cambodia. The affected residents are living in substandard conditions with many genetic diseases.[63]

About 28 of the former U.S. military bases in Vietnam where the herbicides were stored and loaded onto airplanes may still have high level of dioxins in the soil, posing a health threat to the surrounding communities. Extensive testing for dioxin contamination has been conducted at the former U.S. airbases in Da Nang, Phu Cat and Bien Hoa. Some of the soil and sediment on the bases have extremely high levels of dioxin requiring remediation. The Da Nang Airbase has dioxin contamination up to 350 times higher than international recommendations for action.[64][65] The contaminated soil and sediment continue to affect the citizens of Vietnam, poisoning their food chain and causing illnesses, serious skin diseases and a variety of cancers in the lungs, larynx, and prostate.

And the UK’s Independent reports: 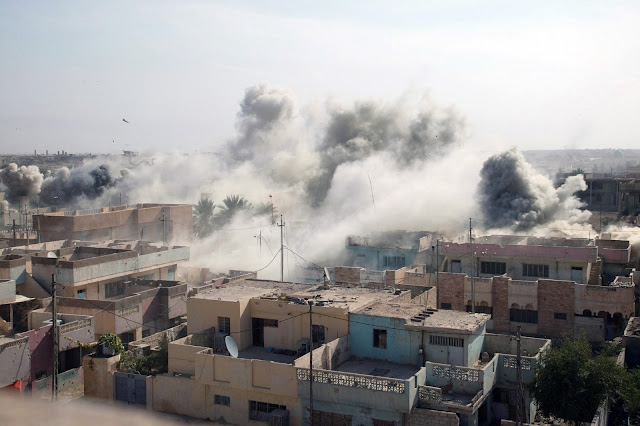 Toxic legacy of US assault on Fallujah ‘worse than Hiroshima’

The shocking rates of infant mortality and cancer in Iraqi city raise new questions about battle.

Dramatic increases in infant mortality, cancer and leukaemia in the Iraqi city of Fallujah, which was bombarded by US Marines in 2004, exceed those reported by survivors of the atomic bombs that were dropped on Hiroshima and Nagasaki in 1945, according to a new study.

Iraqi doctors in Fallujah have complained since 2005 of being overwhelmed by the number of babies with serious birth defects, ranging from a girl born with two heads to paralysis of the lower limbs. They said they were also seeing far more cancers than they did before the battle for Fallujah between US troops and insurgents.

Dr Chris Busby, a visiting professor at the University of Ulster and one of the authors of the survey of 4,800 individuals in Fallujah, said it is difficult to pin down the exact cause of the cancers and birth defects. He added that “to produce an effect like this, some very major mutagenic exposure must have occurred in 2004 when the attacks happened”…

Dr Busby says that while he cannot identify the type of armaments used by the Marines, the extent of genetic damage suffered by inhabitants suggests the use of uranium in some form. He said: “My guess is that they used a new weapon against buildings to break through walls and kill those inside.”…

Of particular significance was the finding that the sex ratio between newborn boys and girls had changed. In a normal population this is 1,050 boys born to 1,000 girls, but for those born from 2005 there was an 18 per cent drop in male births, so the ratio was 850 males to 1,000 females. The sex-ratio is an indicator of genetic damage that affects boys more than girls. A similar change in the sex-ratio was discovered after Hiroshima.

Perhaps a warning notice should be passed out to everyone before they enter a voting booth in the US:

WARNING: It has been shown that voting for any of the lunatics and psychopaths that are runnig for president only encourages them to order new atrocities around the globe that result in death, detsruction and cancer epidemics..

Previous article by Robert Wenzel: Will Germany Set Off a Gold Run?