I’M OLD ENOUGH to remember when people dressed up to fly. I remember my dad putting on a tie before we left for the airport. And that was on a trip to Florida, of all places, as recently as the early 1980s.

One of the reasons, though, that people once took flying so seriously, is that so few of them had the means to partake in it. Not all that long ago, only a fraction of the population could afford to fly on a regular basis. When I was in junior high, in the late ’70s, maybe a third of my classmates had ever been in an airplane. Even into high school I frequently met other kids who’d never flown. Flying today is far cheaper than it used to be, and as a result, almost everybody does it.

And as the demographics have changed, so have the levels of behavior. This we’d expect. With nearly four million people flying every day of the week, across every strata of culture and class the world over, standards of decorum

are going to fall. That’s fine, and I don’t want to sound snobbish about it. Maintaining simple dignity doesn’t require anything too formal. I have no problem, for example, with people wearing shorts and sandals onto a plane.

But there comes a point, and what I do have a problem with, is the idea that otherwise reasonable protocols of civility, manners and courtesy cease to apply when you’re at an airport or on an airplane.

Sadly I was sans camera the evening I watched a guy sitting cross-legged on a chair at the airport in Dubai, barefoot and clipping his toenails, then brushing the clippings onto the floor. Would you take off your socks and start pedicuring your nails in the waiting room at your dentist? Most normal people would feel uneasy doing it in the woods or at the beach, never mind in an airport boarding lounge in front of three-hundred people.

On another occasion I was at Kennedy Airport, down near the Virgin America gates in terminal four. A woman and her young daughter were sitting on a bench-seat along the edge of the corridor. The daughter was maybe five 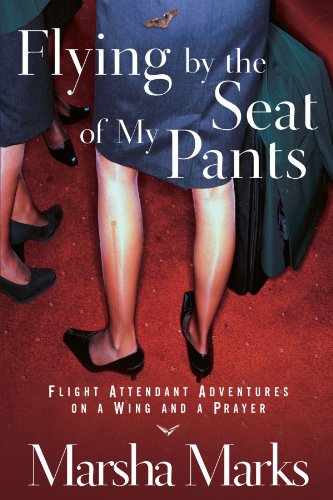 years old, and was holding a tall plastic cup brimming with round, colored candies. All at once, the girl took the cup and flung the entire thing onto the floor. It was impressive spectacle, I have to say, as hundreds of tiny orbs went clattering across the carpet, coming to rest in a great fan-shaped display of color. People turned and stared. And what did the woman do? She stood up, took the girl by the hand, and walked silently away, leaving the entire mess, even the plastic cup, sitting there for some unfortunate janitor to deal with.

I was not without a camera, however, on a couple of more recent occasions, immortalized below.

People are kicked off planes all the time for acting obnoxiously. Apparently, though, a t-shirt emblazoned with the words FUCK LOVE in giant block letters is within the boundaries of decency?

I’m not a prude. Nonetheless I’m dying to understand when and how this sort of thing become acceptable. And I’m imagining this same attire in a different context. In the bleachers at a baseball game, for instance. Would that be

okay? Would the guy be asked to leave? Wouldn’t he be harassed by parents who’d brought their kids along? There are plenty of little kids at airports, so why is it different here? And which is more troubling, the fact that he’s being accommodated, or the fact that somebody rude enough to put on a shirt like that exists in the first place?

I’m reminded of a shirt that was all the rage a few years ago in Asia. It was a sleeveless tee bearing the grainy, slutty image of the model Hedi Klum. She was topless and turned to profile, biting her lip and sticking her middle finger at the viewer. After six days in Thailand I must have seen five hundred tourists — all of them women — wearing these distasteful and hostile things. This one, though, is worse. Mr. FUCK LOVE takes it to the next level. I’m not a proponent of public shaming, so I’ve blurred out the faces, but if anybody deserves to be embarrassed it’s this guy. His is a sort of brutalist vulgarity.

Next we have Ms. Stinkytoes, luxuriating in her Emirates first class suite. She shows us that boorishness these days isn’t merely for the louts in steerage. Are these the same people who buy elephant ivory and rhinoceros horns? And the privacy of her suite is no excuse (couldn’t she at least have closed the doors?). Maybe I’m overreacting to this one, but how is this any more appropriate that resting one’s bare and splayed toes on a restaurant table? This is still, for all intents and purposes, a public place, and somebody else is going to be occupying that cubicle a few hours from now. And for crying out loud, they give you slippers! Flying has a way of bringing out the worst in people, doesn’t it? Is it the stress? Is it the contempt people harbor for the airlines? Whatever the causes, behavior that would be unacceptable in other settings is suddenly deemed all right — such as throwing your garbage (or toenail clippings) all over the floor, dressing like offensively, or putting your exposed feet on the table.

Previous article by Patrick Smith: What Not To Do in an Aircraft Evacuation

When Will the Bank Bubble Burst?Fascinating and Rare