Why Lovers of the State Hate Uber

The regulation by the state of the streets of London goes back to 1635. It began under King Charles I, who was a full-time tyrant, and whose life ended on the scaffold in 1649.

Charles decided that the streets were too crowded in London, and what the city needed was government control over the number of taxis. This tradition extends to today. In major cities, the government regulates the supply of taxis, and the result has been higher prices and rotten service. Regulation has created an oligopoly of taxi companies, which use state power to extract greater wealth from people who want to hire a taxi cab.

This, of course, is heralded by those people who believe that the state must be invoked to regulate virtually all of our lives. I came across an article recently written by such an individual. It appeared on a site dedicated to international regulation of the economies of the world: www.theglobalist.com. The site never explains how this can be done without a world government with the power to enforce its regulations. The article was titled: “Rethinking the Uber Vs. Taxi Battle: How Uber could be part of the solution (instead of embroiled in controversy)”. The assumption is that Uber isn’t the solution.

The author is the author of a forthcoming book. The title tells all: Raw Deal: How the “Uber Economy” and Runaway Capitalism Are Screwing American Workers. You get the idea. He hates the free market. He hates Uber because Uber is making a profit at the expense of the politicians and their state-created oligopoly, the taxi industry.

He begins by describing the free market as a free-for-all. In fact, it is the state that provides the free-for-alls: toll-free roads built by the state with tax money. As with all such state-funded enterprises, there is greater demand than supply at zero price. This is known as the tragedy of the commons. It is the inevitable outcome of the state policy to provide something free for all. I wrote an article on this back in 1973: “The Free-for-All Society.” It was short. You can read it here.

Surge management vs. free-for-allHowever, this history also shows that many of these regulations were enacted for good reasons. Certainly careful study should be conducted to figure out the causes of the recent surge in traffic congestion in San Francisco, New York City and elsewhere.

This would lead to more definitive insights on how much ride-sharing really contributes to congestion — or how much of that is the expected result purely of a growing economy.

Looking back at history, what has often driven regulatory interventions is the proliferation and resulting chaos of having too many vehicles on the road.

With ridesharing’s popularity, it’s not hard to imagine how this still relatively new service could eventually result in city after city returning to the “good ol’ days” of too many drivers, not enough safety and inadequate consumer protection. 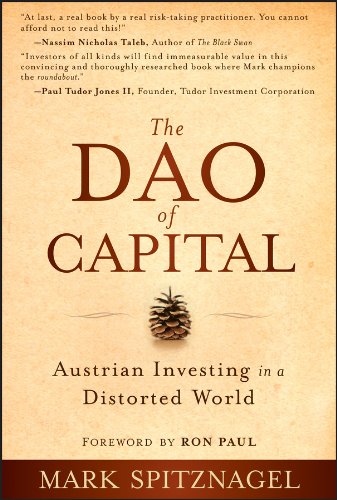 Ah, yes: “inadequate consumer protection.” Protection by what? By the state. This always produces oligopolies, higher prices, and reduced service. It is the ultimate protection racket.

This is the standard critique of liberty: it is a free for all. The free market’s system of profit and loss produces chaos, we are told. Government is needed to provide order, we are told. To bring order, stability, and fairness, there must be a government agent with a badge and a gun. He must point his gun at the supplier of a competitively priced service and say: “This is illegal. Don’t do this again.”

The history of livery services shows that it is important to regard our streets as a public utility, with the subways, buses, taxis and now ridesharing vehicles together comprising a transportation system that the public depends on.Particularly in dense urban spaces, the different components of the transportation system must be coordinated.

A balance of “competing conveniences” has to be weighed, with the public good kept at the forefront of these discussions — instead of a much narrower focus in which companies win in the battle between Uber, Lyft and Big Taxi. Focusing on that question literally misses the all-important big picture.

He lamented the terrible situation of congestion. He lamented the fact that, wherever the free market is allowed to provide transportation services, the roads are clogged. It is all the free market’s fault. It allows anyone to set up shop as a taxi driver, and this leads to long hours of traffic time.

He did not spell out exactly how this can be solved. He had no specific solution. But he knows this: something ought to be done by the government. Something will be done: a fusion of Uber and tax-subsidized rides.

The Natural Right to Self-DefenseThink for Yourself