In his recent speech to the U.S. Congress Pope Francis declared that “the common good is the chief aim of all politics” and that “freedom requires love of the common good.”  Legislation is “always based on care for the public,” the pontiff pontificated.  Only a naïve child could believe such a thing.

The pope said these things in the context of imploring the Congress to adopt some kind of Soviet-style central planning of the economy in the name of “fighting global warming,” while simultaneously exploding American welfare state spending by extending welfare benefits to all welfare parasites from every Third World nation on the planet.  Thus, if “Catholic social teaching” stands for anything these days, it stands for international socialism and egalitarianism gone wild. 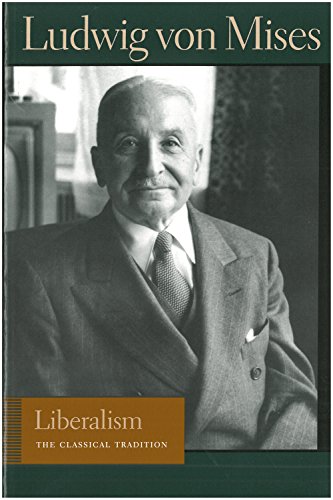 As Ludwig von Mises pointed out in his book, Liberalism, the only sense in which “the common good” or “the public interest” makes any sense is in the case were property rights are well protected.  Secure property rights, wrote Mises, is the shortest road to peace and prosperity.  All legislation, however, is an attack on property rights because it invariably involves the placement of widely-dispersed burden on the majority for the benefit of a well-organized minority or special interest.  All legislation is the result of rent- or plunder-seeking by special-interest groups or by the state itself in order to expand its powers and budgets.  As such, all politics is the mortal enemy of anything that can be construed as “the common good,” exactly the opposite of the pope’s declarations.

Politics is the ultimate “robbing Peter to pay Paul” scam.  Peter, the hapless taxpayer, is effectively blindfolded so that he can be robbed for the benefit of Paul, the greedy special interest who kicks back some of the loot to his political patrons in the form of votes and “campaign contributions.”  Peter is “blindfolded” by the tricks of deficit spending and money printing, which hide the true costs of government, as well as the concentrated benefits/dispersed costs gambit whereby a small tax is imposed on the many to finance large benefits for the few and well connected.

Politics is thus never based on “care for the public,” as the pope said.  It is based on the self-interest of politicians. Their “chief aim” is not “the common good,” but keeping their jobs and expanding their pay, perks, and powers, the public be damned.

The rhetoric of “the common good” began with the French philosopher Rousseau, the intellectual godfather of communism and hater of private property.  The common good, said Rousseau, is something that is known to an elite in society.  This special knowledge supposedly gives them the right to impose their will on all others.  The communists certainly took this idea to an extreme, slaughtering tens of millions of dissenters, but all statists, including Pope Francis, rely on the same rhetoric.  They rely on repetition, obfuscation, and rhetorical game playing instead of terror and mass murder to get the public to acquiesce in their plans for international socialism with themselves, the world elite, in charge.

When socialism collapsed once and for all in the Soviet empire and elsewhere in the late 1980s/early 1990s socialist intellectuals did not just throw in the towel.  Many of them took the advice of the socialist/environmentalist guru Barry Commoner, who wrote in The New Yorker magazine that socialists should no longer advocate central planning in the name of helping “the people.”  People Schmeople.  It should be sold, said Commoner, in the name of “saving the planet” from capitalism.  Thus, the “watermelons” were born – green on the outside, red on the inside.  The pope is a recent convert to watermelon socialism with his embrace of the “global warming” hysterics’ agenda.  Religious figures like himself were always looked upon by Machiavellians like Commoner as useful idiots, to borrow the phrase from Stalin.  They send the message that socialist central planning is somehow God’s will – as though humans can know what is in God’s mind. 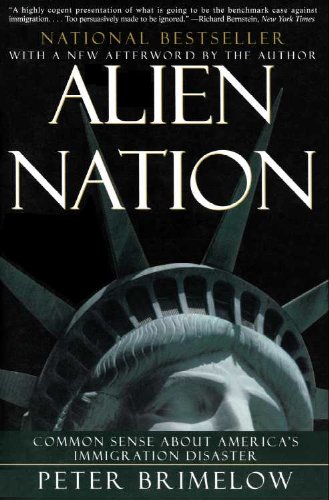 If American welfare spending explodes by extending benefits to millions of new Third World peasant immigrants, the Catholic Church stands to make a killing.  Catholic Charities receives more than half of all of its revenue from government grants.  As a recipient of these grants, it is forbidden from teaching Catholicism to the beneficiaries of its “charity.”  It is a welfare state conduit, which goes a long way toward explaining the pope’s wild enthusiasm for Third World immigrants.  It is the same agenda, in fact, of Ted Kennedy, the author of the 1965 federal immigration law that greatly reduced immigration quotas from Northern Europe while opening up the flood gates of Third World immigrants who Kennedy knew would be reliable Democratic voters/welfare parasites (See Peter Brimelow, Alien Nation).

If the Congress were to adopt the pope’s agenda of socialist central planning in the name of “saving the planet,” coupled with the internationalization of the American welfare state, it would be charting a course to become a Third World country.  At that point the socialist intellectuals –and perhaps even a future pope – would inevitably blame it all on “capitalism.”

The Cure With a CatchFinally, a Just War