According to W. Somerset Maugham, materially one must live on the razor’s edge between poverty and minimal subsistence in order to cultivate the life of the spirit. I’ve always respected Maugham’s wisdom and understanding of human nature, and Larry Darrell, in search of a Tao, is among my favorite fictional characters. Maugham wrote The Razor’s Edge in 1944, at age 70, an extraordinary achievement and way ahead of the times. The world was at war and here was an old closeted homosexual writing beautifully about the West’s inability to promote the good life through wealth. 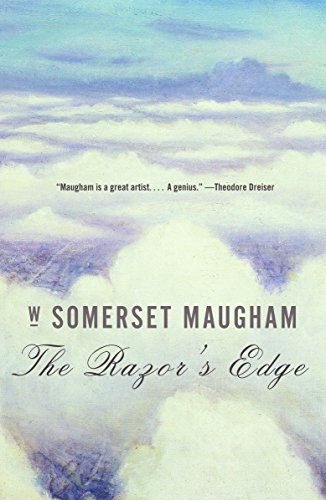 Twenty years later some people out west started a movement somewhat similar to what Larry was seeking in Tibet, or so they claimed, and it ended with Manson and his grotesque gang of killers massacring a pregnant Sharon Tate and friends. How cultivating the spiritual life can lead to torture and murder is beyond me, and Manson and his gang should have all been put to death. But the goody-goodies that we in the West are, we don’t do death any longer, we simply lock them up and feed them three square meals a day and give them all the sex they want with their own kind. Manson has even been interviewed and allowed to tell his side of the story, something I find 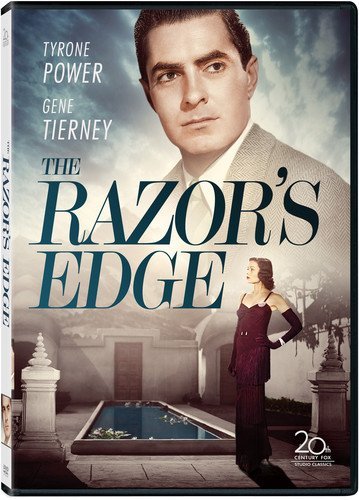 outrageous, his ventriloquistic syntax taken down verbatim by hacks who should know better.

The reason I bring up The Razor’s Edge is because I’ve been doing the opposite of what Larry sought for most of his life, namely living the life of Riley among the vulgarly rich and famous. It all began innocently enough. The world I knew back then was a much more uncomplicated place; people were immaculately dressed and elegantly tailored, and doing little work was actually considered chic. It suited me perfectly. At 20 I got on the tennis tour and saw most of the world as a result. Ten years after the war had ended, Europe had recovered, and driving through it was one of the great pleasures of life. Just imagine, the old continent without many cars and even fewer migrants. Taking the train was also a pleasure. The small shops and little dwellings that one could admire from the windows are now gone, replaced by supermarkets and car parks, not to mention cement tower blocks. Just as the music changed from jazz and Gershwin to zombie noise during the ’60s, television turned to junk, art became a commodity to be traded like pork bellies, and newspapers began reporting on the comings and goings of scum like the Hiltons and the Kardashians. No wonder I now hate the modern world with such passion, and no wonder I hit the bottle the way I do.

About This Bear MarketIs Trumpism the New Nationalism?