We have all heard about 3-D printing. A machine that costs around $1,000 can produce copies of some product, even a gun.

Over the next three decades, these machines will become more powerful. They will get cheaper. Tens of millions of products will be produced in millions of basement 3-D machines, or else in small local businesses that will rent them. Each year, from now on, it will get cheaper to do this… permanently.

There will be websites that offer cheap or free programs to produce millions of products.

Manufacturing will move from factories to cheap machines that almost anyone can afford. 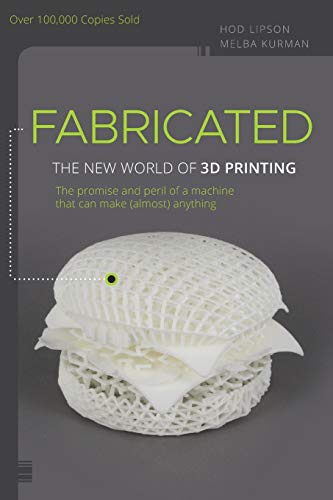 You probably would not want this. After all, you believe in limited government. You prefer laissez faire. You don’t like the idea that politicians can restrict free enterprise.

Maybe you will buy one of these machines. Why not? You want better deals. Think of the labor savings! You will not be paying for workers on some factory floor. The factory floor will be in your basement.

Even if you don’t buy one, you know that products will get cheaper. These machines will be everywhere.

Do you really care about all those lost jobs? No, you don’t. And even if you do care, at least a little, you are not going to pay 50% more for what you want to buy, just to save those people’s jobs. You are going to go online and look for better deals, just as you do now.

So far, so good… but not for factory workers. For them, it’s a looming disaster. And it is inevitable. It’s already happening. It is the wave of the future. It is like a steamroller. Either factory workers get out of the way or else they will be crushed.

I think they will get out of the way. They have been getting out of the way ever since the end of World War II. As a percentage of the labor market, employment in American manufacturing has steadily fallen. It will continue to fall.

The consumers will buy more things. They will save money on factory manufactured goods, but that will leave them with more money to buy services. Or maybe they will invest. It doesn’t matter. They will put the saved money to productive purposes, as defined by individual consumers. This is how the free market works.

Economists have been arguing this way since about 1752.

So, let’s say that ten million American households buy one of these machines. What will happen to workers in China? They will lose their jobs, obviously.

In any case, what can the government of China do about this? Not much. Maybe it can provide export subsidies. But how many manufacturing jobs in China will this save? Not many. Export subsidies force one group of Chinese workers to pay taxes, so that the government can subsidize favored Chinese exporters.

Let me alter this analysis by only one thing. Millions of these basement 3-D machines will be located outside the United States. Canadians start buying them. Mexicans do, too. What will happen to American factory exports to these countries? They will decline . . . just like exports from Chinese factories.

People will be ordering the various forms of goo that the machines turn into products. Other than this, not much.

Will the world be richer? Vastly.

Will you be richer? Not if you work in a factory.

Next, what if an American in San Diego comes up with a new computerized 3-D printing program to make a product out of goo? What if this costs another 5,000 American factory jobs? Should the U.S. government prohibit this? No? You are a free market person.

Next, what if a Mexican right across the California border in Tijuana invents a new computerized 3-D printing program to make a product out of goo? He posts it free of charge on a Mexican website. He posts it in English. What can the U.S. government do about this? Nothing. What should it do? If you are a true, blue free market person, your answer should be “nothing.” Right?