Rev. Jim Wallis is ecstatic about the Pope’s visit to America. This is bad news for traditional Catholics. Having Jim Wallis on your side is comparable to getting full support from the Italian army.

Who is Jim Wallis? He is this century’s #1 spokesman for Progressivism’s social gospel to the evangelical-fundamentalist Right.

America’s Leftist media are always on the lookout for a previously unknown Protestant minister who has picked up the lingo of fundamentalism: a minister who is spreading the message of the social gospel’s welfare state inside the camp of the evangelicals. When they find one — and there are very few — they promote him. 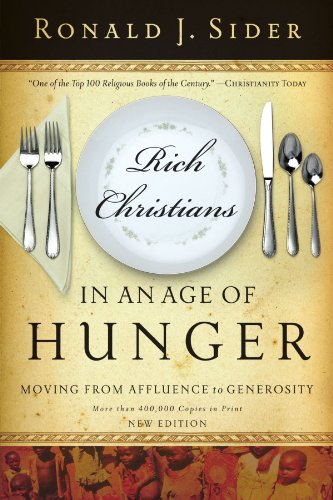 These spokesmen have little permanent influence inside evangelicalism, but they serve the purposes of the humanist Left. The Left wants to believe that its message of salvation by welfare state politics is at last penetrating American fundamentalism.

In the 1970’s, it was Prof. Ronald J. Sider, who wrote a best-selling book that was jointly published in 1973 by a Protestant book publisher and a Catholic radical book publisher. This was operational ecclesiastical ecumenism by means of a common confession of faith: the social gospel. The book had a catchy title: Rich Christians in an Age of Hunger.

Two things buried Sider in 1981: the inauguration of Ronald Reagan and my decision to publish David Chilton’s masterpiece, Productive Christians in an Age of Guilt-Manipulators. I chose the title. You can download it for free here. Reagan’s election undermined the appeal of the baptized welfare state inside evangelicalism. This inaugurated the decade of the New Christian Right. Sider’s book proved to be a fad.

He was replaced in the 1980’s by a sociology professor, Rev. Tony Campolo. Campolo is a humorous speaker, but not a compelling author. His media career ended with Monica Lewinsky’s arrival on the public scene in 1998. Campolo was known in the social gospel Left as Bill Clinton’s spiritual advisor. He still speaks widely, but he is no longer visible in the media. Of Campolo’s career inside evangelicalism after 1998, it can be aptly said: “Close, but no cigar.”

Then came Wallis. He has a regular column in the Huffington Post. He is an annual speaker at the World Economic Forum at Davos, Switzerland. PBS brings him in as the voice of evangelicalism. There is little evidence that the evangelical Protestant world takes this social gospel seriously, but the secular Left surely does. Wallis is their man inside the camp of the evangelicals.

This is mutually beneficial. The Left provides the illusion to its declining constituency that “evangelicals are finally moving to our position.” Meanwhile, Wallis basks in the dimming light of the humanist media. This helps justify his salary of $203,000 a year. His donors expect something for their money. They settle for interviews on PBS.

I have devoted a department to him for years: Questions for Jim Wallis. There, you can get a collection of his quotations, plus my comments. I might have called this department Quotations from Chairman Jim.

In the week that the Pope spoke to Congress, the Left gave Wallis publicity. PBS had a segment with him. It was titled, Rev. Jim Wallis: Pope Francis is more radical than a communist.

A week before, he wrote this for the Huffington Post:

The pope is changing the perception of the church from being closed and judging to becoming open and encountering — reminding us that the “joy of the gospel,” as he calls it, is to embrace each other and especially those we have left out and behind; and to protect and preserve this earth we have as our common home.

Since its founding, Sojourners’ primary mission has been to articulate the biblical call to social justice — a call that may have no clearer a standard-bearer right now than Pope Francis.

This is bad news for traditional Catholics. They do not know who Wallis is, but if they did, his cheerleading would depress them.

Here is what Wallis wrote on his Soujourners website.

In the past two days, I have heard the messages of the gospel that Sojourners has spread over four decades presented at the nation’s primary venues of power and lifted up as the country’s leading national media story. Even some of our most beloved gospel heroes were raised before the nation as the Americans the nation needs most to be our examples.

Stunned is the feeling I still have, which is taking my breath away. Pope Francis has indeed changed the national conversation in America this week, pointing to those who also changed the conversation, and then calling us all to continue to do the same.

There are good reasons why the American Left has given Jim Wallis access to what little remains of the Leftist media empire in this decentralized digital world. It is doing the same with the Pope. It did not do so with Benedict XVI. There were good reasons for this.

Previous article by Gary North: Sell Gold for .22 an Ounce