With Planned Parenthood and its depraved shenanigans in the news again, I thought it fitting to repost my post on the death in 2011 of Dr. Bernard Nathanson, known for his documentary, “Silent Scream.”

Dr. Bernard Nathanson, a founding member of NARAL or National Abortion Rights Action League, who then became a staunch anti-abortion activist, has died at 84. He was the OB/GYN physician who produced the film Silent Scream, which was a documentary demonstrating through ultrasound the process of an abortion. After performing thousands of abortions, and after several years of pro- 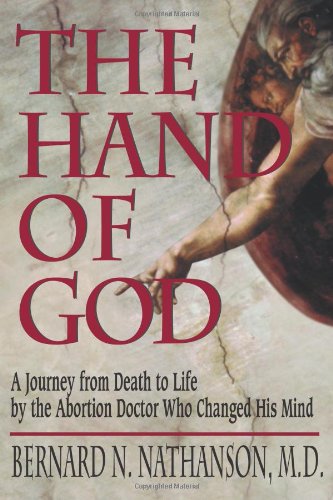 abortion political activism, it was through several new techniques such as ultrasound, electronic fetal heart monitoring and other technological breakthroughs during the 1970s that Dr. Nathanson was convinced that the unborn fetus was in fact a living human being. He then devoted his life to actively advocating against abortion.

Now, I myself had been solidly “pro-life” or “anti-abortion” for the past 20 years or so, but, given my realization that the State has shown itself to be an inherently morally bankrupt institution, based solely on having the power of compulsion over others which no individual human being has any moral right to have, I must confess that I have become wishy-washy on the abortion issue. The State itself just does not have any legitimacy in existing, so how can any “anti-abortion” laws possibly be made or enforced?

And worse would be the federal government attempting to impose anti-abortion laws on the population. The U.S. government has zero — zilch — moral righteousness when it comes to lecturing others on the criminality or immorality of killing or murdering human beings. The U.S. government is responsible for the murders of millions and millions of innocent human beings, in its own country especially in the mid-19th Century and other parts during later times such as in Waco, and in Germany and other European countries and Japan during World Wars 1 and 2, in Vietnam, Iraq and Afghanistan and other areas of the Middle East and Asia, and so on. It is immoral to murder an innocent human being, regardless of whatever a situation might be, and no amount of State propaganda and no amount of fear-mongering and warmongering can justify the deliberate murder of innocent human beings.

However, on the abortion issue, I remain as staunchly opposed to abortion as I have been for the past 20 years, and believe that, it is not only the murder of a human being, but the act itself is commonly a cause of emotional anguish and long-lasting guilt feelings on the part of the mother. Not that people ask me on a daily basis, and I’m sure that there are plenty of pro-choice people who don’t agree, but my advice to those who find themselves unexpectedly or inconveniently pregnant is to go through with the pregnancy and give the baby up for adoption. There are plenty of couples on waiting lists to adopt a baby. That would be the right thing to do.

But Dr. Nathanson was a major force in bringing to the attention of the average American the reality of the true nature of abortion. And he also brought to our attention the corruption and deceit on the part of abortion activists during the 1960s and ’70s in getting Roe v. Wade passed. That Supreme Court decision basically stated, according to my own personal translation, “It’s okay to kill an unborn baby before the third trimester, but it’s not okay to kill the baby after the third trimester, based on arbitrary line-drawing that suggests that some human beings are of lesser value just because of being at an earlier stage of development.” And that’s it.

Now, here is what Dr. Nathanson wrote about the abortion industry’s propaganda, in “Confessions of an Ex-Abortionist,” from his 1997 book, The Hand of God: A Journey from Death to Life by the Abortion Doctor Who Changed His Mind:

(W)e had convinced the Supreme Court to issue the decision which legalized abortion throughout America in 1973 and produced virtual abortion on demand up to birth.

How did we do this?…

We aroused enough sympathy to sell our program of permissive abortion by fabricating the number of illegal abortions done annually in the U.S. The actual figure was approaching 100,000 but the figure we gave to the media repeatedly was 1,000,000. Repeating the big lie often enough convinces the public. The number of women dying from illegal abortions was around 200 – 250 annually. The figure constantly fed to the media was 10,000. These false figures took root in the consciousness of Americans convincing many that we needed to crack the abortion law. Another myth we fed to the public through the media was that legalizing abortion would only mean that the abortions taking place illegally would then be done legally. In fact, of

course, abortion is now being used as a primary method of birth control in the U.S. and the annual number of abortions has increased by 1500% since legalization…

I am often asked what made me change my mind. How did I change from prominent abortionist to pro-life advocate? In 1973, I became director of obstetrics of a large hospital in New York City and had to set up a perinatal research unit, just at the start of a great new technology which we now use every day to study the fetus in the womb. A favorite pro-abortion tactic is to insist that the definition of when life begins is impossible; that the question is a theological or moral or philosophical one, anything but a scientific one. Fetology makes it undeniably evident that life begins at conception and requires all the protection and safeguards that any of us enjoy.

Why, you may well ask, do some American doctors who are privy to the findings of fetology, discredit themselves by carrying out abortions? Simple arithmetic: at $300.00 a time 1.55 million abortions means an industry generating $500,000,000 annually, of which most goes into the pocket of the physician doing the abortion. It is clear that permissive abortion is purposeful destruction of what is undeniably human life. It is an impermissible act of deadly violence. One must concede that unplanned pregnancy is a wrenchingly difficult dilemma. But to look for its solution in a deliberate act of destruction is to trash the vast resourcefulness of human ingenuity, and to surrender the public weal to the classic utilitarian answer to social problems.

Tell the Truth for a Change, JebThis Guy Really Gets Trump