Drinking pure water every day is a key component of optimal health, yet more than one billion people on Earth do not have access to safe, clean drinking water.

Not only is much of the water for the one billion contaminated with infectious organisms, but more than likely the vast majority of the planet has toxins in their municipal drinking water.

Two of the primary water polluters are large-scale monocrop farms and confined animal feeding operations (CAFOs). According to the Environmental Protection Agency (EPA),1 US states with high concentrations of CAFOs report 20 to 30 serious water quality problems each year.

In Iowa, factory farms are accused of polluting two rivers that supply drinking water to the city of Des Moines.2 High levels of nitrates have been detected in the water, which is both difficult and costly to remove.

In Lower Yakima Valley, the Community Association for Restoration of the Environment (CARE) and Center for Food Safety (CFS) recently won a summary judgment3 against four CAFO dairies accused of unlawful water pollution4 after a 2012 report5 showed 20 percent of the wells tested in the area had nitrate levels above federal drinking water standards.

Unfortunately, the toxic waste created by factory farms cannot be completely contained or eliminated, no matter what you do. It has to go somewhere, even if it doesn’t go directly into a valuable water source.

The long-term solution is to change our commercial farming practices to root out toxic chemicals and soil additives, and to grow crops in such a way that the farm is contributing to the overall health and balance of the environment rather than polluting it and creating a dysfunctional ecosystem.

Water Pollution Has Many Sources 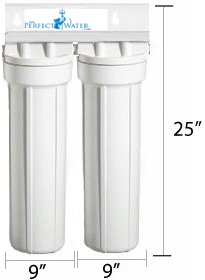 In addition to agriculture, other factors contributing to our diminishing water quality include but are not limited to:

According to research7 published in 2013, diluted fluorosilicic acid add on average 0.08 ppb of arsenic to your drinking water, and the Natural Resources Defense Council8 estimates that 56 million Americans living in 25 states drink water with arsenic at unsafe levels.

Three principal types of DBPs are: trihalomethanes (THMs), volatile organic compounds (VOCs), and haloacetic acids (HAAs). THMs are particularly hazardous when inhaled, which could expose you to toxic vapors when showering in hot water.

Four years ago, the Harvard Health Letter9 warned that results of pharmaceutical pollution are now showing in aquatic life. For example, estrogen and hormone mimicking chemicals are having a feminizing effect on male fish. 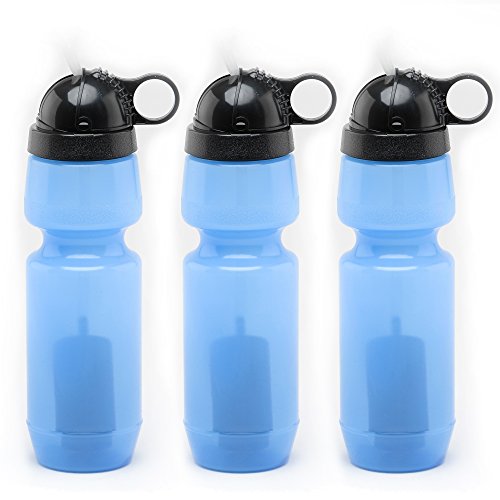 Fish with both male and female sex characteristics are also showing up in heavily polluted areas, and antidepressants have been found concentrated in the brain tissue of fish caught downstream from water treatment facilities.

Chemicals from perfume, cologne, lotions, sunscreens, and medicated creams also add to the contamination problem. According to Harvard:

“It’s been calculated… that one man’s use of testosterone cream can wind up putting as much of the hormone into the water as the natural excretions from 300 men.”

Research by the US Geological Survey in 1999 and 2000 found measurable levels of one or more medications in 80 percent of water samples collected from 139 streams in 30 states, including antibiotics, antidepressants, blood thinners, heart medications, hormones, and painkillers.

It’s important to understand that water treatment facilities are not equipped to eliminate drugs from your drinking water. So please do not dispose of unused drugs by flushing them down the toilet or drain.

As reported by The Atlantic,10 aging water pipes have become a source of toxic exposure that many fail to recognize. While the article 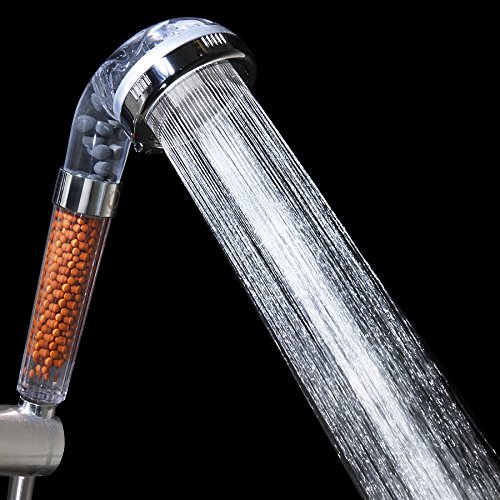 describes the situation in Flint, Michigan, many other areas around the US struggle with similar problems:

“In the past 16 months, abnormally high levels of e. coli, trihalomethanes, lead, and copper have been found in the city’s water, which comes from the local river (a dead body and an abandoned car were also found in the same river)…

[R]esidents say that the city government endangered their health when it stopped buying water from Detroit last year and instead started selling residents treated water from the Flint River…While Flint’s government and its financial struggles certainly have a role to play in the city’s water woes, the city may actually be a canary in the coal mine, signaling more problems to come across the country.

‘Flint is an extreme case, but nationally, there’s been a lack of investment in water infrastructure,’ said Eric Scorsone, an economist at Michigan State University who has followed the case of Flint.  “This is a common problem nationally — infrastructure maintenance has not kept up.”

America’s infrastructure is faltering. In 2013, the American Society for Civil Engineers11 found that most of the drinking water infrastructure across the nation is “nearing the end of its useful life.” The American Water Works Association estimates it would cost more than $1 trillion to update and replace all the water pipes in the US — money that many water utilities do not have.

Toxic Drinking Water Becoming More Common Around the US 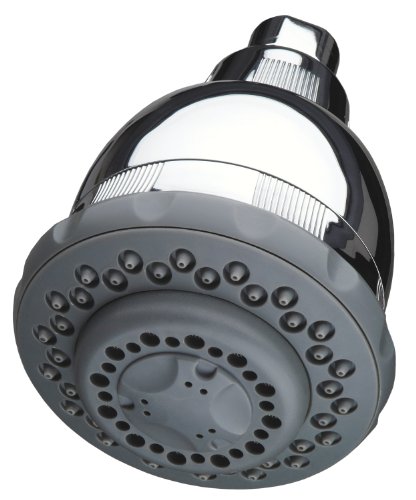 Each year, red flags over toxic drinking water are raised across the nation. For example:

This year, Lake Erie is again beset by toxic algae blooms, which feed on phosphorus from manure, sewage, and fertilizer runoff that enters the lake. Other affected lakes in Ohio include Buckeye Lake and Grand Lake St. Marys,13and residents are warned not to swim in the latter.

A story in The Blade14 discusses a new study15 that suggests many of the world’s lakes are at risk due to farm fertilizer runoff, which feeds harmful blue-green algae (cyanobacteria). Once this algae is established, it’s more difficult to get rid of it than previously thought.

The answer, according to the authors of this study, is better land-use management that addresses fertilizer runoff. Dramatic reductions in fertilizer use are also recommended. Lead author and Dartmouth College biology professor Kathryn Cottingham believes that “aggressive reductions in runoff could yield immediate benefits.”

On a side note, harmful bacteria has been found to linger far longer in sand than in water,16 so it’s best to avoid beaches in areas where the water is known to be contaminated with sewage. For example, fecal bacteria levels have been found to be anywhere from 10 to 100 times higher in beach sand than in adjacent seawater.

In related news, sailors and rowers have been warned about the extreme pollution levels in Rio waters, where the Olympic Games will be held next year. According to reports, pollution levels here are “equivalent to raw sewage.” As noted by Reuters:18

“Tests commissioned by the Associated Press found levels of disease-causing viruses as much as 1.7 million times the level that would be considered hazardous on a Southern California beach.”

Local authorities are said to be taking proactive measures to limit water pollution by closing landfills and increasing water treatment among other things. Whether such measures will be enough to ensure the safety of competitors is unknown, although health risks appear to be downplayed by virtually all parties, including the competitors themselves.

Aquifers Are Being Drained Worldwide

The US is certainly not the only country struggling with diminishing water quality — and quantity. Water pollution is a global concern, and so are dwindling freshwater supplies. As recently reported by Mashable:19

“Humanity is rapidly depleting a third of the world’s largest groundwater aquifers, with the top three most stressed groundwater basins in the political hotspots of the Middle East, the border region between India and Pakistan, and the Murzuk-Djado Basin in northern Africa. Making matters worse, researchers say in a pair of new studies,20 we don’t know how much water is left in these massive aquifers…”

As you probably know, California is experiencing a severe drought, and the agricultural sector is draining underground aquifers to the point that the ground is actually sinking by as much as a foot per year in some areas. Disturbingly, we’re using up groundwater much faster than it can be replenished. According to James Famiglietti, a senior water scientist at NASA’s Jet Propulsion Laboratory, the majority of our global groundwater “are past sustainability tipping points,” which means we’re on our way toward running out of freshwater worldwide.

“What happens when a highly stressed aquifer is located in a region with socioeconomic or political tensions that can’t supplement declining water supplies fast enough? We’re trying to raise red flags now to pinpoint where active management today could protect future lives and livelihoods.”

At-Home Water Filtration Is a Must for Clean Pure Water

Since most water sources are now severely polluted, the issue of water filtration and purification couldn’t be more important. If you have well water, it would be prudent to have your water tested for arsenic and other contaminants. If you have public water, you can get local drinking water quality reports from the EPA.21 In general, most water supplies contain a number of potentially hazardous contaminants, from fluoride, to drugs, and disinfection byproducts (DBPs), just to name a few.

For this reason, I strongly recommend using a high-quality water filtration system unless you can verify the purity of your water. To be certain you’re getting the purest water you can, filter the water both at the point of entry and at the point of use. This means filtering all the water that comes into the house, and then filtering again at the kitchen sink and shower.

Besides purification, I also believe it’s important to drink living water. Two years ago, I interviewed Dr. Gerald Pollack about his book, The Fourth Phase of Water: Beyond Solid, Liquid, and Vapor. This fourth phase of water is referred to as ”structured water” and is the type of water found in all of your cells. This water is more energized and can help recharge your mitochondria. Water from a deep spring is one excellent source of structured water. The deeper the better, as structured water is created under pressure. There’s a great website called FindaSpring.com22 where you can find a natural spring in your area.

You can also promote structured water through vortexing or cooling it to 39 degrees Fahrenheit.  I personally drink vortexed water nearly exclusively as I became a big fan of Viktor Schauberger who did much pioneering work on vortexing about a century ago. Dr. Pollack found that by creating a vortex in a glass of water, you’re putting more energy into it, thereby increasing the structure of the water. According to Dr. Pollack, virtually ANY energy put into the water seems to create or build structured water.

Join Us in Celebrating Our 18 Year Anniversary

From August 23rd – 29th, I am celebrating the 18 year anniversary of Mercola.com. To commemorate this event, we’ve put together an anniversary lineup that you won’t want to miss. All of the content is absolutely free for all Mercola.com subscribers so if you’re not subscribed, please take a moment to do so.

By enrolling now, during our 1 week celebration you’ll gain exclusive access to:

It’s not too late to RSVP; join now to be a part of this spectacular celebration!

There Is Absolutely No Reason To Use FluorideGovernment Protection