Europeans ought to be demanding Uncle Sam’s head on a silver platter, and those of their own leaders on pikes.

Thanks to 25 years of lunatic U.S. foreign policy initiatives and relentless military aggressions, the steady drip of illegal immigration into Europe from Africa and the Middle East has become a crisis of refugees. Not only has the U.S. killed and maimed at least a million people and displaced millions more, it has destroyed the property – water, sanitation and transport systems – that support the networks of trade and commerce essential to the survival of developed human communities. The U.S. has  salted great swaths of the Middle East with the desiccated and irradiated debris of war. Disease and contagions lurk in shadows while the agents of violence march in the noonday sun.

Think about it. How many millions might truly have no place to go?

The worst consequence of the U.S.’s attempt to remodel the Middle East may prove to be having opened the gates to a mass migration the likes of which Europe hasn’t seen for centuries. If so, then Christian Europe will be swallowed up.

Europe’s decision to outsource its defense to the American occupiers after World War II freed up the financing for an increasingly prosperous Europe to build welfare states that in time grew so generous as to challenge the viability of the competing structures of Church and Family and led, higgledy-piggledy, to a demographic crisis. Fewer and fewer western European nations enjoy a replacement birth rate. It is not improbable that a migrant population of size composed largely of of young, unattached males could overwhelm Europe’s single rising population of white-haired burghers and villeins.

There is precedent for such an outcome.

The remnants of Rome and those tribes already settled in the west of what is the Eurasian continent sorted themselves out through episodic wars and fantastic intrigues into various kingdoms and principalities that became, more or less, the prototypes of the nations of Europe. 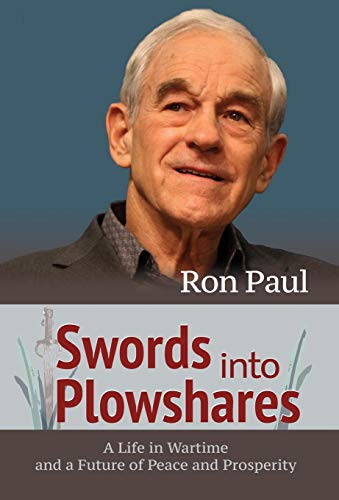 The East, however, was shaped by ongoing mass migrations out of Asia and the Middle East. In what is today’s Ukraine, Crimea, Caucuses, and Turkey, waves of migrants wreaked havoc on established polities.

Kingdoms and empires rose and fell. Entire populations vanished from the historical record.

When the Russians showed up a thousand years ago, they first put down roots along the northern slopes of the Carpathian mountains only to move onto the open steppe near where Kiev stands today. To retain those broad, open lands which lay across essential trade routes, the Russians were compelled to fend off the Pechenegs, then the Torks, then the Cumans, only to succumb for nearly 300 years to the Mongols, who were led at different times by two of history’s fiercest conquerors, Ghengis Khan and Batu.

To escape the Mongol horde, the Russians migrated northward to forested lands so dense a horse, and thus a Mongol, could not pass. After some centuries, the Moscow princes succeeded in throwing off the Mongol yoke. Their reward?  Two hundred more years of wars involving Poland, Lithuania, Cossacks, and rebellious serfs before Imperial Russia could reclaim the steppes only to have to again fight the earlier invaders’ descendants then on return trips from the West; Poland, Lithuania, and a new contender, Sweden.

It is an echo of history that Poland, Lithuania and Sweden are the very European nations which initiated and continue to sponsor the E.U.’s Eastern Partnership Treaty, whose  rejection by the corrupt but elected Yanukovich government delivered the premise and the conditions for the U.S.-manufactured 2014 coup in Ukraine. In time, Ukraine delivered to Russia at least a million Ukrainian refugees (registered and unregistered) fleeing the subsequent civil war in their homeland.

Once burdened with a failing Ukraine it did not know or understand, Europe then found itself obliged to enter into the sanctions regime against Russia the U.S. demanded in the wake of Crimea’s vote for the third time in the last quarter of a century to exit Ukraine and re-unite with Russia. In July 2014, the U.S.’s repeated and spurious charges that Russia was responsible for the shoot down of a passenger jet which Ukrainian air controllers had inexplicably re-routed over their own country’s war zone in the east stage-managed the world’s emotions to a fever pitch.  Absurd characterizations of, and allegations against, Vladimir Putin littered the pages of the lamestream media.

Constant pressure from Nato alarmists and chest beaters for Europe to up its military game succeeded in getting the EU’s further agreement for the alliance to station missiles and men along Russia’s border from the Black Sea to the Baltic, an unnecessary provocation for which only Poland and Lithuania clamored.  A posturing Nato has yet to squeeze out of the Europeans a firm commitment to increase their contributions to Nato funding.

The Russians for their part are alert to both their Eastern border with Ukraine, the venue of the U.S.’s most recent weapons and personnel dump, and to possible incursions into the Caucuses along the motherland’s southern border by armed bands of ISIS fighters.

As U.S. bellicosity continues its pursuit of mayhem in the Middle East, the numbers of refugees arriving in Italy and Greece by boat from Libya are growing exponentially. From refugee camps in southern Europe the migrants travel northward to the more fiscally fit and generous welfare states.

An April estimate of an expected  300,000 refugees into Germany grew to 800,000 by mid-August and that figure too will need revision by year’s end. The situation is the same across Europe. Hungary is building a fence along its border with Serbia and installing 1,000s of police officers to patrol it in defiance of EU demands for each member of the union to accept quotas of refugees. Macedonia has declared a state of emergency over the influx, her border police forces having been overwhelmed. The entrance to the Eurotunnel at the port of Calais on France’s northern coast is the site of daily battles between police and migrants seeking entry into Great Britain. Reports of loud demonstrations of citizens demanding protection have become common while violent incidents between locals and migrants are on the rise.

Most telling of all is the Latvian Ambassador’s recent declaration to Nato that the biggest threat his country is facing is not from Russia but from the inflow of Ukrainian refugees and the outflow of its own native population.

On Thursday last, Nicolas Bonnal, writing for the French website Boulevard Voltaire, reported on an Austrian magazine’s scoop – courtesy of leaks from military intelligence stationed in Vienna – that the U.S. government is paying guides and middlemen who bring migrants to Europe across the Mediterranean Sea. The original Info-Direkt article reported that the guides are well-equipped with technology, and are old hands at working Facebook, Twitter and Skype, as were the agents who instigated the Arab Spring.

With the targets of “color revolutions” having caught on to the CIA’s game of sedition, has inducing mass migrations meant to re-jigger the world so as to better serve their global purposes become the very latest weapon in the U.S. neo-cons’ arsenal?

It’s hard to credit the idea that Hillary Clinton, then the U.S. Secretary of State, didn’t understand the consequences of the “responsibility to protect” attack on Libya she and her foreign policy gal pals cooked up around the boiling cauldron that is U.S. foreign policy. Muammar Gaddafi himself loudly warned both Italy and France, who so unwisely joined in the U.S.-instigated Libyan melee, of the flood of refugees that would come from toppling his gatekeeper government.

But why would a flood of refugees into Europe interest U.S. policymakers?

Possibly because the U.S.’s many attempts to bait Russia into attacking Ukrainian armed forces and thereby scare up increased Nato funding from the alliance’s membership have proved a risible failure. Flooding Europe with “swarms” of refugees just might convince Europeans that there is a useful purpose an expanding Nato presence could fulfill immediately.

Those same U.S. policymakers are actively working to inundate the U.S. with millions of  migrants from Mexico and Central America, another imperial playground, on the flimsy  basis of a Barack Obama Executive Order. Eager for a youthful, docile, dependent and cheap population of worker bees, the U.S. federal government is now engaged in draining the last wealth of the American middle class for use in settling and supporting many millions of immigrants, whose children will become the future taxpayers and voters the grotesquely obese federal government requires for its own future survival.

At last then, the long-sought weapons of mass destruction have been located. We can see them clearly now: They are Africa’s and the Middle East’s desperate and dispossessed migrants, and Central America’s young and unwitting illegals, of “the free world’s” creation, and they are on the move.