The Mess that Nuland Made

As the Ukrainian army squares off against ultra-right and neo-Nazi militias in the west and violence against ethnic Russians continues in the east, the obvious folly of the Obama administration’s Ukraine policy has come into focus even for many who tried to ignore the facts, or what you might call “the mess that Victoria Nuland made.”

Assistant Secretary of State for European Affairs “Toria” Nuland was the “mastermind” behind the Feb. 22, 2014 “regime change” in Ukraine, plotting the overthrow of the democratically elected government of President Viktor Yanukovych while convincing the ever-gullible U.S. mainstream media that the coup wasn’t really a coup but a victory for “democracy.” Assistant Secretary of State for European Affairs Victoria Nuland, who pushed for the Ukraine coup and helped pick the post-coup leaders.

To sell this latest neocon-driven “regime change” to the American people, the ugliness of the coup-makers had to be systematically airbrushed, particularly the key role of neo-Nazis and other ultra-nationalists from the Right Sektor. For the U.S.-organized propaganda campaign to work, the coup-makers had to wear white hats, not brown shirts.

So, for nearly a year and a half, the West’s mainstream media, especially The New York Times and The Washington Post, twisted their reporting into all kinds of contortions to avoid telling their readers that the new regime in Kiev was permeated by and dependent on neo-Nazi fighters and Ukrainian ultra-nationalists who wanted a pure-blood Ukraine, without ethnic Russians.

Any mention of that sordid reality was deemed “Russian propaganda” and anyone who spoke this inconvenient truth was a “stooge of Moscow.” It wasn’t until July 7 that the Times admittedthe importance of the neo-Nazis and other ultra-nationalists in waging war against ethnic Russian rebels in the east. The Times also reported that these far-right forces had been joined by Islamic militants. Some of those jihadists have been called “brothers” of the hyper-brutal Islamic State.

Though the Times sought to spin this remarkable military alliance – neo-Nazi militias and Islamic jihadists – as a positive, the reality had to be jarring for readers who had bought into the Western propaganda about noble “pro-democracy” forces resisting evil “Russian aggression.”

Perhaps the Times sensed that it could no longer keep the lid on the troubling truth in Ukraine. For weeks, the Right Sektor militias and the neo-Nazi Azov battalion have been warning the civilian government in Kiev that they might turn on it and create a new order more to their liking.

Clashes in the West

Then, on Saturday, violent clashes broke out in the western Ukrainian town of Mukachevo, allegedly over the control of cigarette-smuggling routes. Right Sektor paramilitaries sprayed police officers with bullets from a belt-fed 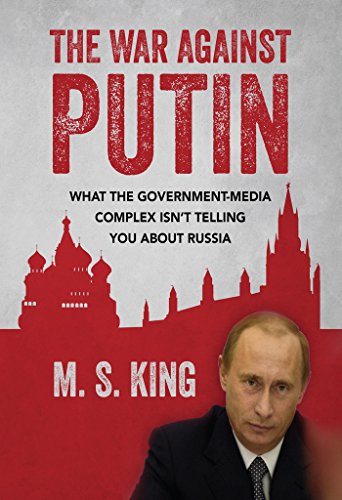 Tensions escalated on Monday with President Petro Poroshenko ordering national security forces to disarm “armed cells” of political movements. Meanwhile, the Right Sektor dispatched reinforcements to the area while other militiamen converged on the capital of Kiev.

While President Poroshenko and Right Sektor leader Dmitry Yarosh may succeed in tamping down this latest flare-up of hostilities, they may be only postponing the inevitable: a conflict between the U.S.-backed authorities in Kiev and the neo-Nazis and other right-wing fighters who spearheaded last year’s coup and have been at the front lines of the fighting against ethnic Russian rebels in the east.

The Ukrainian right-wing extremists feel they have carried the heaviest burden in the war against the ethnic Russians and resent the politicians living in the relative safety and comfort of Kiev. In March, Poroshenko also fired

thuggish oligarch Igor Kolomoisky as governor of the southeastern province of Dnipropetrovsk Oblast. Kolomoisky had been the primary benefactor of the Right Sektor militias.

So, as has become apparent across Europe and even in Washington, the Ukraine crisis is spinning out of control, making the State Department’s preferred narrative of the conflict – that it’s all Russian President Vladimir Putin’s fault – harder and harder to sell.

How Ukraine is supposed to pull itself out of what looks like a death spiral – a possible two-front war in the east and the west along with a crashing economy – is hard to comprehend. The European Union, confronting budgetary crises over Greece and other EU members, has little money or patience for Ukraine, its neo-Nazis and its socio-political chaos.

America’s neocons at The Washington Post and elsewhere still rant about the need for the Obama administration to sink more billions upon billions of dollars into post-coup Ukraine because it “shares our values.” But that argument, too, is collapsing as Americans see the heart of a racist nationalism beating inside Ukraine’s new order.

Trade Your Car in or Sell It Yourself? Will the Feds Curtail Your Right To Travel?