Editor’s Note: We refer to traffic ticket quotas as “the worst kept secret in law enforcement.” And with good reason. In the last six months alone, we’ve seen a dozen or so news stories referencing quotas or describing the fallout when ticket quotas are exposed. Here’s a particularly notable story from New York City in which it is alleged that police and prosecutors conspired to hide evidence of bogus ticket writing to meet quotas. We’re not surprised. Ticket quotas have been standard operating procedure in police departments around the country for a long time, as we describe in this blog post from 2007.

If You Didn’t Believe Ticket Quotas Existed Before, You Will Now

A ticket quota is a policy that encourages or requires officers to give out a certain number of traffic tickets regardless of how many people are actually violating the law.

Here’s a quick roundup of stories from this year where ticket quotas were discovered around the country. 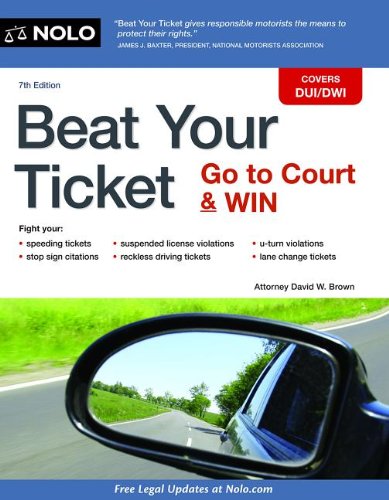 Washington State Police Use Ticket Quotas Officials with the Washington State Patrol set numeric goals that encourage state police officers to issue as many traffic citations as possible. The effect has been a significant increase in the number of tickets written — 50,000 additional tickets were issued between 2005 and 2006. A Bellvue state patrol sergeant issued a memo ordering troopers to meet the accountability goals, writing: “No matter how many cars you stop, the goal… is 80 percent enforcement (tickets).” Those failing to meet the goal may lose vacation time or receive other sanctions.

Texas: Ticket Quota Memo Uncovered Police officers in Midlothian, Texas received a written memo ordering them to issue twenty traffic citations each month. With more revenue, police officials believed they would be able to expand the small department. WFAA-TV in Dallas confirmed the quota’s existence through unnamed department sources, marking the second time this year a numeric traffic ticket quota has been uncovered in Ellis County.

Michigan: Community Protest Torpedoes Ticket Quota A planned protest at the Redford Township, Michigan police station helped kill a ticket quota that officials had adopted last month. Since mid-July, township police had been handed one hour’s worth of overtime pay for every two traffic citations issued. This meant that a typical officer could pocket up to $21 in cash for each individual ticket issued. The Mary Church Terrell Council for Community Empowerment now plans to go after the ticket quota in Dearborn Heights. The Detroit suburbs of Livonia, Oak Park, Rochester and Trenton also depend on numeric ticket quotas for police.

Iowa: Police Chief Suspended Over Ticket Quota The Pleasant Hill, Iowa city manager suspended the city’s police chief on April 26 after evidence surfaced that he had instituted an illegal traffic ticket quota. According to local police union leader Ron Zimmerman, 33, officers were being told to issue between five and ten tickets each month. A sergeant chided Officer Zimmerman on “the low number of tickets” that he issued. Although Chief William Hansen, 58, denies the existence of a quota, a Des Moines Register review of court documents shows the amount of ticket revenue has more than doubled under Hansen’s watch.

Denver, Colorado Ticket Quota Uncovered Police officials in Denver, Colorado confirmed that they have placed pressure on rank-and-file officers to issue a minimum number of traffic citations. Since September, those that have failed to produce have faced disciplinary action. “We’re always looking at performance,” Denver Police Captain Eric Rubin told KCNC-TV. “If an officer is under the average set we might discuss it with the officer.” Rubin insisted that these requirements are not a quota. Instead, they are a “measure of performance.”

Texas: Police Chief Faces Ticket Quota Charges The police chief in Red Oak, Texas faces charges that he imposed an illegal traffic ticket quota. The city council last week suspended Police Chief Donald “Red” Fullerton and Deputy Chief Stephen Anderson pending the conclusion of an outside investigation by a retired Fort Worth policeman. Evidence shows that the city’s police force began issuing a traffic ticket every twenty minutes during a severe budget shortfall. The police chief budgeted $3.4 million in citation revenue, which required each officer to issue 320 tickets a month. A bulletin board in the police station displayed how each officer measured up.

Utah: Police Chief Blocks Ticket Quota Ban It isn’t often that a police chief can block the action of an entire state legislature. However, Ogden Police Chief Jon Greiner stopped a ticket quota bill aimed directly at him from being considered by the state Senate. Greiner, a newly elected state Senator representing the Ogden area, cast the deciding vote on the Senate Judiciary, Law Enforcement and Criminal Justice Committee where the measure failed 2-2. Representative Neil Hansen (D-Ogden) had introduced a bill that had passed the House to prohibit municipalities, counties, sheriffs and police chiefs from requiring officers to issue a certain number of tickets in a given amount of time.

All articles referenced were compiled from the archives of www.thenewspaper.com. Click on the titles of each section to read the full story behind each of these situations.