The principle of states’ rights, which has lived on for the last 150 years as a noble, though often sickly, memory of the Founding Fathers’ intentions, was dealt its final, fatal blow by the Supreme Court’s same-sex marriage decision last month.

Thirty-one states banned same-sex marriages between 2000 and 2012, responding presumably to the wishes of their populations, and they were easily a majority of Americans.  Those bans are now overturned and the will of the people in those states is now thwarted.  States do not have rights that a liberal majority of nine non-elected judges declares they should not.

Justice Scalia realized immediately what the majority was doing: its decision “robs the People of the most important liberty they asserted in the Declaration of Independence and won in the Revolution of 1776: the freedom to 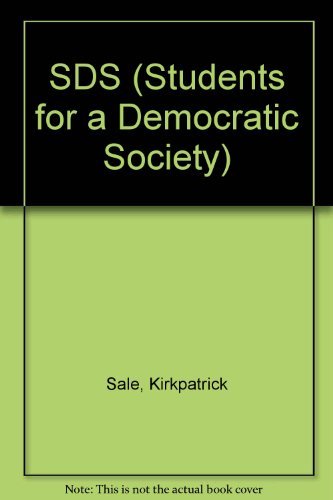 govern themselves.”  The People made the mistake of governing themselves against the will of five wily Ivy League lawyers who believed that homosexual marriages were good, and justified by the 14th Amendment.  They had to be set straight.

Scalia also noted that Justice Kennedy, who wrote the highly contorted majority opinion, had said just two years ago that “regulation of domestic relationships is an area that has long been regarded as a virtually exclusive province of the States.”  One of the few, incidentally, that remained to them, along with gun control, law enforcement (mostly), marijuana regulation, and assisted suicide.  (Regulating abortion, of course, had been taken away long ago, along with setting the drinking age, public education, public displays of religion,  and most highway laws.)  Now that will no longer be true: states will not have any say in domestic arrangements.

Perhaps there will be few that mourn the passing of the states’ rights concept.  The liberal argument, after all, has long been that the states are backward and not progressive enough, as with the reluctance of the South to accede to civil rights equality, so it had to be the all-seeing, all-knowing federal government to force them to do what the liberals thought best for them.  If the nation is to move forward on its expansive, egalitarian, imperial path to the future, it has to be the federal government—in the judicial branch if the others are to slow to act—that will get it there.

But I for one cannot believe that what we have seen in the last six, much less the last fifty, years gives any confidence that the federal government is capable of giving the American people the freedom,  “the freedom to govern themselves,” that they ought to be living under.  Capable of giving them ever-mounting entitlements, and binding their lives with regulations (the Federal Code book is now 175,496 pages, 117 times bigger than the Bible), and saddling them with an impossible-to-pay $18 billion dollar debt, and intruding unrestricted into private communications, and providing various teats on which they can suckle, yes.   But freedom?  No.

That is why I believe that the death of states’ rights is really a clarion call for states to defy the federal government and assert their rights independently of Washington and its minions.  I care not how it be done, but the two classic methods long ago outlined by Jefferson and Madison in the Kentucky and Virginia resolutions of 1798 are nullification and secession, and I think those gentlemen would see the wisdom, and the necessity, of bringing them back now.  Already a majority of the country (54 per cent) feels that states should ignore federal programs they don’t agree with (Rasmussen Poll, 2015) and a quarter (23.9 per cent) are in favor of secession (Reuters/Ipsos poll 2014).  That is fruitful ground.

I care not how it be done, but I would say that unless it is done, starting now and working gradually but unreservedly, this country would not be worth living in. I do not believe that most people want to live under a regime where five unelected liberals regulate their most intimate social institutions, a fumbling Congress cannot keep the NSA from invading our privacy,  imperial presidents can waste trillions of dollars and millions of lives on pointless wars, middle-class income has withered for thirty-five years while the obscenely rich get obscenely richer, individuals increasingly feel that they have no voice or influence in the matters that effect their lives.   And they shouldn’t have to.

If the states, and the people, are going to have rights, they will have to assert them on their own, and the time would seem to be now, with this outrageous but prescient Supreme Court decision.  For if it is not done now, it will not be done ever.

This appeared originally in the Charleston Post and Courier

Was 1861 a Civil War? A Victory for Peace, a Defeat for the Neocons