Blaming Keynesians After the Crash

For as long as the present economic system lumbers along, Keynesians will control the levers of power and influence. But when at last the system goes down in a heap, and central banks cannot restore the system, there will be a quest for answers.

Keynesians have the long-run disadvantage of being in control of the tax-funded educational system. They are in charge of the major economic institution of our day, the Federal Reserve System. They will get blamed. When people’s retirement plans are smashed, they are going to look for somebody to blame. That means Keynesians. The Keynesians will not be able to transfer this responsibility to somebody else. When you are in charge, the buck stops on your desk. In the case of Federal Reserve policy, it’s not just the buck that stops on your desk. It’s trillions of bucks. 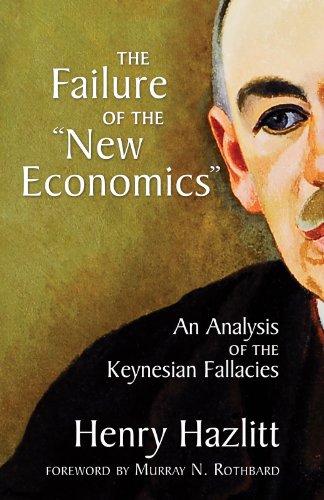 Academic economists never want to take responsibility for the outcome of their recommended policies. They always try to blame somebody else for not having implemented what the recommended. But when you come to the 14 people who are on the Federal Open Market Committee, which sets policy for the Federal Reserve, there is no place to hide. The FOMC almost always is unanimous in its policy recommendations. There may be one dissenter, but that’s about it. So, there really is no place to hide. When the Federal Reserve finally is not in a position to restore economic growth by means of inflating the currency, Keynesians are going to get blamed.

I first began reading economics in 1958. Like so many of my contemporaries who began to study free market economics in that era, I was introduced to economics by The Freeman. The editor was a good writer, and he did not let bad writers’ articles into the magazine.

In 1960, I took my first course in college-level economics. The instructor seemed incompetent to me. In reviewing his economic textbook 55 years later, I am still convinced that he was indeed incompetent. He was never famous. He never got tenure. He disappeared into academic oblivion. He was a Keynesian.

I understood from my time in that class that academic economics is not based on any kind of logic that the average person can follow. This is one of the advantages that free market economists have. John Maynard Keynes could

write cogent prose, but The General Theory (1936) is incoherent. Yet it gained an army of academic followers. It is the classic case of the emperor who had no clothes.

How did Keynes get his followers? Because he defended what the academic world wanted in 1936. It defended government intervention. Governments had been intervening for five years by the time the book was published. There was no academic defense of this intervention. Younger economists had become disillusioned with free market economics, because free market economists, with the exception of the Austrians, could not explain why the depression in 1936 was as bad as it was in 1931.

In other words, there was a loss of faith among younger economist regarding the academic establishment of 1936. The older academic economists in 1936 could not avoid this responsibility. The buck stopped there. They never recovered. By 1946, the year of Keynes’s death, among younger economists, Keynesianism was becoming dominant. With the publication of Samuelson’s textbook in 1948, it became dominant. By 1950, Keynesians dominated

Today, the Keynesians are in the position of the non-Austrian economists in 1930. Things look shaky, but not out of control. The Federal Reserve seems to be beyond criticism. Central banking runs the world, but the world is obviously in trouble.

no logic to it. The General Theory is illogical.

Most critics inside the academic establishment had been fearful of saying this directly. They may refer to the dense text of the book, but they do not come out and say that the book was completely illogical. That would mean that their colleagues are holding to a system that is, at bottom, illogical. This would be true, but would keep you from getting tenure.

Outside of the Keynesian academic establishment, there have been a few people who have said that Keynes’s book is incoherent, and there is no logic to his system. The best example is Henry Hazlitt, but he only said it in 1959, and almost nobody read the book: The Failure of the “New Economics.” The book is never footnoted by scholars. It is a fine book, but it was not written for an academic audience. It was not written in academic jargon. This is why it had zero influence in academia. It never had enough book sales within the conservative movement to gain a reputation.

Previous article by Gary North: Why the Left Always Gets Capitalism Wrong