Former Fed Chairman Ben Bernanke is in love with another man – Alexander Hamilton.  Defending his man’s honor on his personal blog published through his new employer, the left-wing Brookings Institution, Bernanke recently said he is “appalled” that the U.S. Treasury Department is considering removing Hamilton’s mug shot from the ten dollar bill and replacing him with a woman (Bella Abzug? Elinor Roosevelt?  Oprah?  Who knows).

Bernanke makes a case for “the greatest of our founders” on his June 22 blog entry, but in doing so he gets his economics and his American history exactly backwards.  He first praises Hamilton for his part in “creating the Constitution.”  But the plan for the Constitution that Hamilton favored – a “permanent president” who would appoint all state governors who would have veto power over all state legislation – was summarily rejected by the constitutional convention, as was his proposal for a national bank.  Hamilton abandoned the constitutional convention after a couple of days, eventually condemning the actual Constitution that was adopted as “a frail and worthless fabric.”  Some constitutionalist, eh Ben? 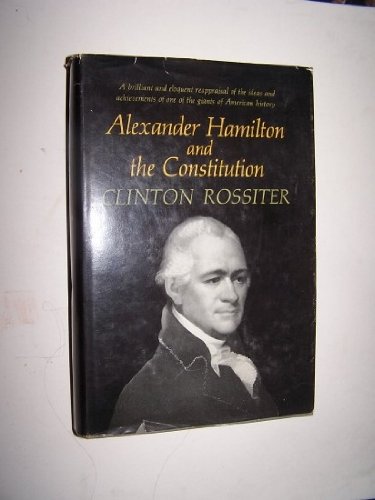 Hamilton then spent the rest of his life doing everything he could to undermine the limits on governmental powers in the Constitution.  His legalistic arguments provided (and provide) the template for future generations of slick, deceiving lawyers like himself to rewrite the Constitution through case law in a way that has completely destroyed its government-limiting functions.  It was Hamilton who first invented the idea of “implied powers of the Constitution” and who first crafted the argument for using the Commerce Clause as an excuse for unlimited governmental powers.  (For example, two centuries later Justice Stephen Breyer would argue in favor of a federal law banning firearms near public schools on the grounds that: 1) education affects labor productivity; 2) labor productivity is an important part of all commerce; 3) today virtually all commerce crosses state lines; 4) therefore, under the Interstate Commerce Clause of the Constitution the federal government has a right to regulate guns and just about everything else having to do with local education.  There are thousands of similar lawyerly subterfuges in American jurisprudence).

Hamilton’s wanted government to be unlimited – as long as it could be controlled by “right-minded” lawyer/politicians like himself, and not his nemesis Thomas Jefferson, the strict constructionist.  Accordingly, his theory of the Constitution was not that it could bind government in chains, as Jefferson once said, but instead could provide a convenient rubber stamp of approval to anything government ever wanted to do.  As Hamilton biographer Clinton Rossiter wrote in Alexander Hamilton, if he had his way, “Hamilton would have affixed a certain certificate of constitutionality to every last tax . . . .  Hamilton took a large view of the power of Congress to tax because it took such a large view of the power to spend.”  Moreover, wrote Rossiter, “Having failed to persuade his colleagues at Philadelphia of the beauties of a truly national plan of government, and having thereafter recognized the futility of persuading the legislatures of three-fourths of the states to surrender even a jot of their privileges, he set out to remold the Constitution into an instrument of national supremacy.”  As long as this “national supremacy” was in the hands of elitists like Alexander Hamilton and Ben Benanke. 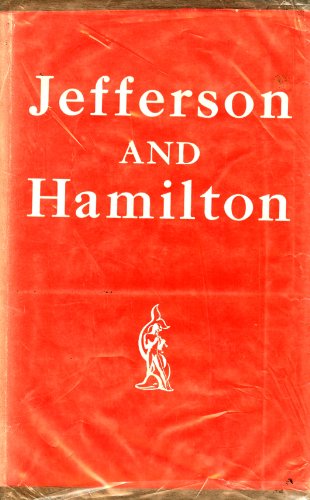 Having made the argument for “implied powers” of the Constitution during his debate with Jefferson over the constitutionality of a national bank, secretly run by politicians, arguably the worst idea in economic history, future generations of statists would use those arguments over and over to destroy limited government in America.  As a worshipful Clinton Rossiter wrote in a triumphant tone, Hamilton “converted the . . . powers enumerated in Article I, Section 8 into firm foundations for whatever prodigious feats of legislation any future Congress might contemplate.”

Bernanke next praises Hamilton for “consolidating the debts of the states,” which is another way of saying he nationalized the state debts.  But Thomas Jefferson himself long ago exposed this ploy as nothing more than a corrupt arbitrage scam designed to enrich members of Congress who became enormously wealthy by trading on inside information.  The politically-connected class was informed that the outstanding state government bonds, which were trading at between 2 and 10 percent of par value, would be purchased at 100% of value at a future date.  There was a mad dash all up and down the eastern seaboard by sailing ships, stage coaches, and all other means of transportation manned by representatives of the politically connected to purchase the cheap bonds from hapless Revolutionary War veterans and others, to be later cashed in a ten times the value, or more.  Hamilton himself participated in this scheme, and his political mentor, Robert Morris, is said to have made a cool $8 million in it (See Claude Bowers, Jefferson and Hamilton: The Struggle for Democracy in America).

protectionist tariffs, corporate welfare, and a national bank run by politicians to pay for it all.  It was to be British mercantilism  — from which Americans had just seceded — without the British.  As Murray Rothbard wrote in The Mystery of Banking (p. 192), what Hamilton, Morris, and the Federalist Party wanted was:

“To reimpose in the new United States a system of mercantilism and big government similar to that in Great Britain, against which the colonists had rebelled.  The object was to have a strong central government, particularly a strong president or king as chief executive, built up by high taxes and heavy public debt.  The strong government was to impose high tariffs to subsidize domestic manufacturers, develop a big navy to open up and subsidize foreign markets for American exports, and launch a massive system of internal public works.  In short, the United States was to have a British system without Great Britain.”

Not surprisingly, Bernanke also praises his hero Hamilton for being responsible for creating the first central bank, the Bank of the United States, which Bernanke says “would be a precursor of the Federal Reserve System.”  Indeed it would.  It is surreal that Bernanke would think of this as praiseworthy rather than something worthy of condemnation.  For as Murray Rothbard wrote in his History of Money and Banking in the United States, the First Bank of the United States “promptly fulfilled its inflationary potential” by issuing millions of dollars in paper money and demand deposits “pyramiding on top of $2 million in specie . . . the result of the outpouring of credit and paper money . . . was an increase [in prices] of 72 percent” from 1791 to 1796.  This is surely why the Bank’s twenty-year charter was not renewed by Congress.  Bernanke makes no mention of this in his love-struck blog.

Jefferson hit the nail on the head when he explained that, to Hamilton, the real purpose of the Bank of the United States – and central banking in particular – was to create a “permanent engine of corruption” that could be used to bribe members of Congress to vote for the Federalist program of mercantilism and imperialism.  “Consolidation bottomed on corruption” is how Jefferson described it.  After all, he said, the debt nationalization scam was a one- 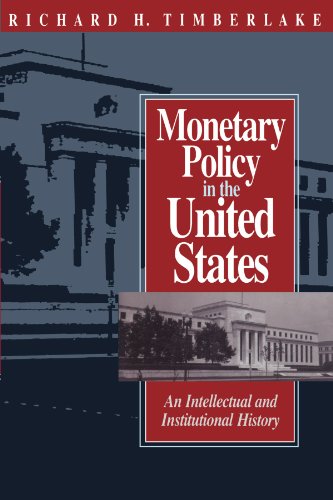 time deal; something more “permanent” was need to guarantee the corruption of American politics for the benefit of the one-percenters of his day – the sole purpose of the existence of the Federalist Party (and of their successors, the Whigs and Republicans).

The Bank of the United States was resurrected after the War of 1812 to monetize the war debt.  It created so much inflation and boom-and-bust cycles, and corrupted politics so much, that President Andrew Jackson vetoed its rechartering.  Bernanke ridicules Jackson for doing this, of course.  Jackson’s own words in his veto address speak volumes about why the Ben Bernankes of the world are such rabid defenders of central bank monetary monopoly.  “It is to be regretted that the rich and powerful too often bend the acts of government to their selfish purposes,” he said in his veto message, and the Bank of the United States was their favorite vehicle for doing so.

Exactly. Ben Bernanke, who orchestrated the multi-billion dollar bailouts of rich-and- powerful-but -failed businessmen in the aftermath of “The Great Recession” of 2008, which was itself CAUSED MAINLY BY FED POLICY, is exhibit A of a modern-day Hamilton – a political water carrier for the rich and politically connected who use government to enrich themselves at the expense of everyone else.

Far from causing “numerous banking panics,” as Bernanke says in his blog, the demise of the Second Bank of the United States led to what was arguably the most stable monetary system of the nineteenth century, according to economic historians Jeffrey Rogers Hummel and Richard Timberlake, author of Monetary History of the United States: Intellectual and Institutional History.

It is not surprising that Ben Bernanke is such a passionate defender of the mercantilist legacy of Alexander Hamilton.  He is a lifelong Keynesian, and Keynesianism was never anything more than warmed-over eighteenth-century mercantilism.  One has to question the credentials of an “economist” who favors such things as trade-destroying protectionist tariffs; capitalism-destroying government bailouts of failed businesses; and the entire socialistic central planning ideas and apparatus of central banking with is pretense of knowledge, price-fixing policies, centrally-planned regulatory regimentation, and all the other ingredients of the failures of socialism as so brilliantly explained by Mises, Hayek, and other Austrian economists for the past several generations.