Magna Carta and the Fantasy of Legal Constraints on States

Magna Carta recently turned 800. The Great Charter is often hailed as the first event in a series of limitations on the power of government. For Americans, Marga Carta seems even more important because it is a document that was written and signed for the purpose of limiting the power of a monarch. Americans love grandiose gestures in the form of written documents such as Magna Carta and the Mayflower Compact and the Constitution of 1787, and the document is today taught to school children as a sort of proto-Bill of Rights.

And to a certain extent it is. It does, after all, state that a political ruler cannot just do whatever he wants. There are rules.

The problem, of course, is that rulers don’t have to follow those rules if they have all the guns. In other words, if the state truly enjoys a monopoly on the means of coercion, then it doesn’t really matter what the rules are. The state can simply rewrite the rules.

Fortunately, however, states rarely enjoy a total monopoly of force. As Etienne de la Boetie knew, even an unarmed populace can bring down a government by withholding consent. Few governments have the ability to kill or jail the entire population, and even fewer are willing to try.

So how about those rules we mentioned? Well, Magna Carta was an excellent first example of how the rules don’t mean much to a motivated politician such as King John.

James Bovard notes today, for example, that the ink was barely dry on Magna Carta before King John used his wealth and influence in an attempt to butcher the nobles who forced him to sign Magna Carta:

The English almost lost their newly-recognized rights within months of the signing because they were not sufficiently suspicious of the King. As David Hume noted in his magisterial History of England, “The ravenous and barbarous mercenaries, incited by a cruel and enraged prince, were let loose against the estates, tenants, manors, houses, parks of the barons, and spread devastation over the face of the kingdom. Nothing was to be seen but the flames of villages and castles reduced to ashes, the consternation and misery of the inhabitants, tortures exercised by the soldiery to make them reveal their concealed treasures…”

Things could have been even worse for the English, but fortunately for them, old Anglo-Saxon habits die hard, and while much of medieval Europe was already decentralized and not disposed to centralized power, the English were even less so. The locals kept their swords and their castles and their armor, and when King John attempted to butcher them, they were at least able to offer some resistance.

This is a lesson the Americans, however, are happy to forget. Today, the United States is characterized by near-total acceptance of a military establishment that answer to a single “commander-in-chief” who can act free of any need to gain approval from the states or their representatives. This single person may freely spend the taxpayers’ money in any fashion he chooses so long as some sort of “emergency” has been declared. Moreover, the military itself is a professional standing army with no attachment (in practice) to any particular American community, state, or government structure beyond the president himself.

Long gone is the military structure of the 18th and early 19th century when the military forces of the United States were to be raised locally and to be attached to particular communities and states. The local militias (more on the system by Hummel here) were to provide the fighting power, and if the president wished to raise an army beyond the tiny number of federal regulars, he required the de facto or tacit approval of the governors and legislatures of the states.

Prior to that, of course, under the Articles of Confederation, the military system was even more decentralized, with a consensus required among states to raise a standing army.

The old opponents of the 1787 Constitution, the Anti-Federalists, understood this well, and they feared the new powers implied in the new constitution that could allow the federal government to nationalize the local militias.

Those who feared these new power were derided as paranoid, of course. “The president would never wage war without the approval of all the people under law.” they were told. “If the Federal government gets out of hand, we shall “assemble the people” and put an end to tyranny.” Patrick Henry was ready with a retort, however:

Oh, Sir, we should have fine times indeed, if to punish tyrants, it were only necessary to assemble the people! Your arms wherewith you could defend yourselves are gone…Did you ever read of any revolution in any nation, brought about by the punishment of those in power, inflicted by those who had no power at all? A standing army we shall have also, to execute the execrable commands of tyranny: And how are you to punish them? Will you order them to be punished? Who shall obey these orders?

Liberals from Patrick Henry to Jefferson to Richard Cobden all understood standing armies as engines of government force. The best answer to this, the liberals believed, was to make military force decentralized, localized, and subject to local approval from a multitude of (often conflicting) jurisdictions. This built in diversity of opinions and an informal system of vetoes provided barriers to capricious use of military force. In other words, politicians could only deploy the power of armies after obtaining a consensus among those who would provide the money and the men needed for military action.

The Lessons Are Forgotten

Things have certainly changed. The militaries of many modern nation-states, including the United States, are legally and practically subject only to the whims of a single person or to a tiny group of persons. And in the case of the Americans, military institutions take orders only from the agents of the centralized state, and may be moved at will to any place on the planet regardless of whether or not that deployment can be shown to provide defense for the persons who pay the bills and supply the manpower. Those who do refuse to pay the bills are met with overwhelming force. (The so-called “National Guard” is today merely an adjunct of the federal military and is nothing like the militias as imagined by Americans of the late 18th century.)

“There are rules” we might tell ourselves.  “the Constitution will protect us.” Surely, many of King John’s subjects told themselves “surely Magna Carta will protect us.” But, being the state means never having the follow your own rules, and it’s becoming increasingly difficult to even find what these supposed rules that protect us are. It appears, for example, that the federal government does not even accept limits on its prerogative to kill any suspected criminal via drone strike. 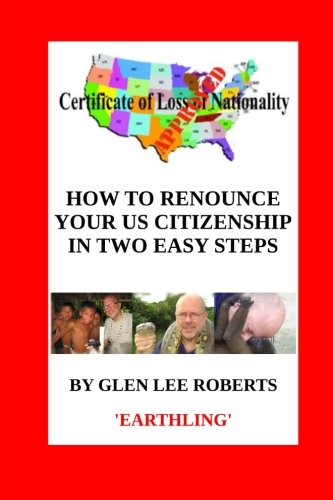 On the other hand, more than most other peoples, Americans like their guns. They understand on some level, as Henry did, that an unarmed population can offer no resistance to a standing army and its ability to “execute the execrable commands of tyranny.” But an AR-15 is of little use against an A-10 or an unmanned drone.

The Americans of the 18th century knew that — as the Bill of Rights put it — “a well regulated militia” is indeed “necessary to the security of a free State.” Except by “militia” they didn’t mean “enormous standing army that takes orders only from Washington, DC.” They meant something very different.

Americans like to imagine that the same government that has the power to level foreign cities on the whims of a few government officials could never be used against the domestic population. “We need order” they tell themselves. Without this enormous military complex, they are convinced there would be chaos. To them, Patrick Henry might say:

Revolutions like this have happened in almost every country in Europe: similar examples are to be found in ancient Greece and ancient Rome: instances of the people losing their liberty by their own carelessness and the ambition of a few. We are cautioned…against faction and turbulence: I acknowledge that licentiousness is dangerous, and that it ought to be provided against: I acknowledge also the new form of Government may effectually prevent it: Yet, there is another thing it will as effectually do: it will oppress and ruin the people…I am not well versed in history, but I will submit to your recollection whether liberty has been destroyed most often by the licentiousness of the people or by the tyranny of rulers? I imagine, Sir, you will find the balance on the side of tyranny.