Just like the hit series “Scandal” in which a political “fixer” delves into the manipulation, deceit and obfuscation that prevails in the dark corners of Washington, D.C., so to has Wall Street’s earnings. From time to time, I analyze the previous quarters earnings for the S&P 500 to reveal the “quality” of earnings rather than the “quantity” as focused on by Wall Street. One of the most interesting data points continues to the be the extremely low level of “top line” revenue growth as compared to an explosion of the bottom line earnings per share. This is something that I have dubbed “accounting magic.” As shown, since 2009 total revenue growth has grown by just 34% while reported earnings have skyrocketed by 204%. How does that happen?

As I have discussed previously:

“Since 2000, each dollar of gross sales has been increased into more than $1 in operating and reported profits through financial engineering and cost suppression. However, it is important to note that benefits from such actions are finite.”

While the BEA scrambles to adjust Q1-GDP higher with a second round of seasonal adjustments (read more here), the plunge in corporate profits suggests that Q1 was indeed as weak as portrayed. As shown in the chart below, there is a high degree of correlation between the wages/profits ratio and economic growth. It is worth noting that until financial engineering took hold in 1990, the economy grew faster than wages/profits. Since 2000, the wages/profits ratio has become detached from all reality.

This detachment leads to another problem that is arising for investors – valuations.

Other the last couple of years, there has been an onslaught of articles suggesting that stock market valuations, particularly given the extremely low-interest rate environment, are not really all that elevated. Many articles have attempted to discredit historical valuation measures, like Tobin’s Q-ratio and Shiller’s CAPE, which both suggest stocks are the second most overvalued in history.

“This Time IS Different”

There is some truth to the argument that “this time is different.” The accounting mechanizations that have been implemented over the last five years, particularly due to the repeal of FASB Rule 157 which eliminated “mark-to-market” accounting, have allowed an ever increasing number of firms to “game” earnings season for their own benefit. Such gimmickry has suppressed valuation measures far below levels they would be otherwise.

The Wall Street Journal confirmed as much in a 2012 article entitled “Earnings Wizardry” which stated:

“If you believe a recent academic study, one out of five [20%] U.S. finance chiefs have been scrambling to fiddle with their companies’ earnings. Not Enron-style, fraudulent fiddles, mind you. More like clever—and legal—exploitations of accounting standards that ‘manage earnings to misrepresent [the company’s] economic performance,’ according to the study’s authors, Ilia Dichev and Shiva Rajgopal of Emory University and John Graham of Duke University. Lightly searing the books rather than cooking them, if you like.”

This should not come as a major surprise as it is a rather “open secret.” Companies manipulate bottom line earnings by utilizing “cookie-jar” reserves, heavy use of accruals, and other accounting instruments to either flatter, or depress, earnings.

“The tricks are well-known: A difficult quarter can be made easier by releasing reserves set aside for a rainy day or recognizing revenues before sales are made, while a good quarter is often the time to hide a big 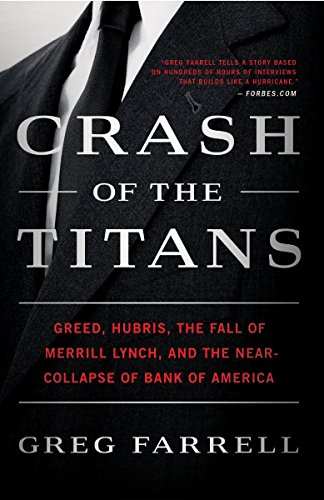 ‘restructuring charge’ that would otherwise stand out like a sore thumb. What is more surprising though is CFOs’ belief that these practices leave a significant mark on companies’ reported profits and losses. When asked about the magnitude of the earnings misrepresentation, the study’s respondents said it was around 10% of earnings per share.”

Of course, the reason that companies do this is simple: stock-based compensation. Today, more than ever, many corporate executives have a large percentage of their compensation tied to company stock performance. A “miss” of Wall Street expectations can lead to a large penalty in the companies stock price. Therefore, it is not surprising to see 93% of the respondents pointing to “influence on stock price” and “outside pressure” as reasons for manipulating earnings.

This was brought to the fore again recently by the Associated Press in: “Experts Worry That Phony Numbers Are Misleading Investors:”

“Those record profits that companies are reporting may not be all they’re cracked up to be.

As the stock market climbs ever higher, professional investors are warning that companies are presenting misleading versions of their results that ignore a wide variety of normal costs of running a business to make it seem like they’re doing better than they really are.

What’s worse, the financial analysts who are supposed to fight corporate spin are often playing along. Instead of challenging the companies, they’re largely passing along the rosy numbers in reports recommending stocks to investors.“

Here are the key findings of the report: 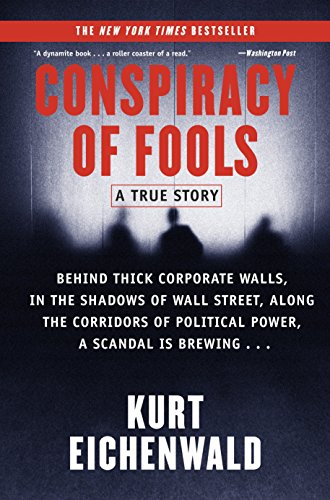 The obvious problem when it comes to investing and the markets, is that playing “leapfrog with a unicorn” has very negative outcomes. While valuations may not matter currently, in hindsight it will become clear that such valuation levels were clearly unsustainable. However, the financial media will report such revelations long after it is of use to anyone.

It is important to be aware of what is real, and what isn’t when evaluating investments. Most portfolio managers that are using valuation measures today based on recent 5- or 10-year averages will be unpleasantly surprised by the depth of the reversion when it occurs.

For longer term investors who are depending on their “hard earned” savings to generate a “living income” through retirement, understanding the “real” value will mean a great deal. Unfortunately, there are no easy solutions, online tips or media advice that will supplant rolling up your sleeves and doing your homework.

Investors would do well to remember the words of the then-chairman of the Securities and Exchange Commission Arthur Levitt in a 1998 speech entitled “The Numbers Game:”

‘While the temptations are great, and the pressures strong, illusions in numbers are only that—ephemeral, and ultimately self-destructive.'”

The reality is that this “time is NOT different.” The eventual outcome will be the same as every previous speculative/liquidity driven bubble throughout history. The only difference will be the catalyst that eventually sends investors running for cover.

Single-Sex Schools In Legal Limbo What’s the Month of Your Birth?