Fallacies in Modern Medicine: Statins and the Cholesterol-Heart Hypothesis

This commentary was published in the peer-reviewed Journal of American Physicians and Surgeons Volume 20, Number 2, Pages 54-56, Summer 2015.

Modern medicine has developed striking ways to treat coronary heart disease, which feature coronary stents implanted percutaneously and coronary artery bypass grafts performed surgically with the aid of a heart-lung machine. And then there are statins to lower cholesterol.

A 70-year-old man sees a physician for a checkup. He has no history of heart disease and no risk factors for it. He does not smoke, has no family history of diabetes or heart disease, and is physically active and not overweight. His blood pressure is 130/70. A lipid panel, however, shows that his calculated low-density lipoprotein cholesterol (LDL-C) is 195 mg/dL. Following the most recent 2013 guidelines framed by an American College of Cardiology (ACC) and American Heart Association (AHA) task force, the physician prescribes a statin for this person, rosuvastatin (Crestor) 20 mg/day, for primary prevention of atherosclerotic cardiovascular disease (ASCVD). [1] Thorne Research - Omeg... Buy New $38.85 (as of 11:05 EST - Details)

It is a multi-billion dollar business. Pfizer’s Lipitor went on sale in 1997 and became the best-selling drug in the history of prescription pharmaceuticals before its patent expired in 2011. Sales surpassed $125 billion. AstraZeneca’s Crestor was the top-selling statin in 2013, generating $5.2 billion in revenue that year.

Pfizer, in an advertisement, proclaims, “Lipitor reduces risk of heart attack by 36%,” based on the findings of a large randomized trial where 10,305 individuals were assigned to take Lipitor or a placebo (ASCOT-LLA). [7] The

trial showed that 1.9 percent of people taking Lipitor suffered a heart attack while 3.0 percent of the placebo group had one. Considered in terms of “relative risk” reduction, the percentage Pfizer cites in the ad is correct. (It is calculated by subtracting 1.9 from 3 and dividing the difference, 1.1, by 3, which equals 36 percent.) But more realistically, the trial showed that Lipitor only reduced the “absolute risk” of having a heart attack by a tiny 1.1 percent (1.9 percent in the statin group compared with 3 percent in the placebo group). [7] Statin-trial investigators tout relative risk reduction (typically 20-40 percent in these trials) rather than the meager, real-world reduction in risk (1-2 percent taking statins).

Investigators cite relative risk to inflate claims of statins’ effectiveness. However, they report deleterious effects in terms of absolute risk, minimizing their magnitude. For example, if 6 percent of the statin group were to get diabetes during a trial compared to 2 percent with the placebo group, they will say that taking statins increases the risk of acquiring diabetes by 4 percent, not that there is 66 percent increased (relative) risk of suffering this adverse event.

Government and the pharmaceutical industry fund these multimillion dollar studies expecting correct results, so statin-trial researchers employ this particular kind of statistical deception to create the appearance that statins are effective and safe. [8] As one medical school professor puts it, “Anyone who questions cholesterol usually finds his funding cut off.” [9]

Eukaryotic animal cells make cholesterol through the “mevalonate pathway.” This pathway also produces, among other things, coenzyme Q10 (CoQ10), heme-A, and dolichol. CoQ10 is particularly important as it functions both Thorne Research - Ulti... Buy New $49.50 (as of 10:50 EST - Details)

as an antioxidant and, with heme-A, in aerobic cellular respiration—in the electron transport chain that generates adenosine triphosphate, the fuel that powers all living things. (Dolichol is required for synthesis of glycoproteins.) Statins inactivate hydroxymethylglutaryl‐coenzyme A (HMG-CoA) reductase, the enzyme cells use to synthesize mevalonate from HMG-CoA. This shuts down the mevalonate pathway. As a result, HMG-CoA reductase inhibitors (statins) block not only the synthesis of cholesterol but also CoQ10 and the other physiologically essential biomolecules that this pathway produces.

Lovastatin (Mevacor), the first statin, is a naturally occurring molecule isolated from a fungus named Aspergillus terreus. Newer statins are synthetic variations of these mycotoxins that fungi produce. Fungi make statins, as a “secondary metabolite,” to kill predatory microbes. They also kill human cells. In a review of How Statin Drugs Really Lower Cholesterol and Kill You One Cell at a Time by James and Hannah Yoseph, Peter Langsjoen writes:

Many practicing physicians have a healthy understanding of the current level of corruption and collusion among big pharmaceutical companies, governmental agencies such as the NIH and FDA, and major medical associations such as the American Heart Association, but the reader of this book will come away with the disturbing conclusion that it is even worse than imagined. Statins may be the perfect and most insidious human toxin in that adverse effects are often delayed by years and come about gradually. Further, statins frequently impair mental function to such a degree that by the time patients are in real trouble, they may lack the mental facilities to recognize the cause. [10]

This toxin targets brain cells and skeletal muscle. The brain makes up 2 percent of body weight but contains 25 percent of the body’s cholesterol. Its dry weight is 50 percent cholesterol. LDL-C delivers cholesterol to the body’s cells, except for the brain since this cholesterol-carrying lipoprotein does not cross the blood-brain barrier. Statins do. Brain cells, neurons and glial cells, manufacture their own cholesterol and the mevalonate pathway’s other products. [11] A broad spectrum of adverse cognitive reactions occur from taking statins. They include confusion, forgetfulness, disorientation, memory impairment, transient global amnesia, and dementia. [12] 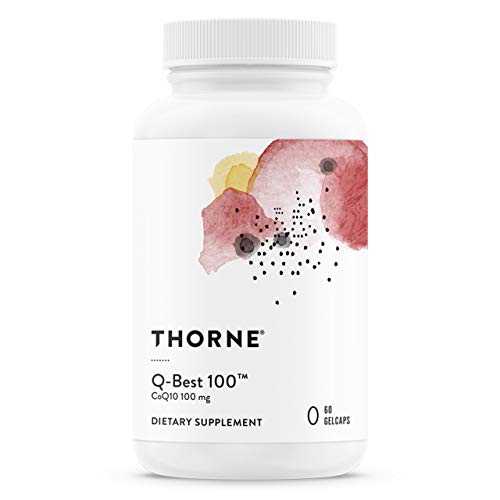 Myopathy is the most common adverse effect of statin treatment, manifested by muscle aches and pains, weakness, instability, and easy fatigue. [8,13] The most severe manifestation of statin-induced muscle damage is rhabdomyolysis, which carries a 10 percent mortality rate. Fragments of ruptured muscle block renal tubules and cause kidney failure. [12] In one randomized trial of 1,016 healthy men and women given statins or a placebo, 40 percent of the women taking statins suffered exertional fatigue or decreased energy. [14]

Several randomized controlled trials have reported a statistically significant increase in cancer taking statins. [8,15] In most of these trials, a small reduction in cardiovascular deaths in the statin group is counterbalanced by an increase in deaths from other causes, notably cancer, with the result that there is in no significant difference in all-cause mortality between people taking a placebo and those prescribed statins. [16]

Statins can also cause diabetes, emotional disorders (depression, aggressiveness, suicidal ideation), hepatitis, cataracts, and strokes. [12,13,17] In January 2014 the FDA issued new safety information on statins, pointing out that “a small increased risk of raised blood sugar levels and the development of type 2 diabetes have been reported with the use of statins;” and it required drug companies add this information in the package insert with the drug. [18] Since then (as of August 2014), attorneys have filed more than 1,000 lawsuits against Pfizer, representing 4,000 women who say that taking Lipitor gave them diabetes.

Statin trials typically run for only 2 to 5 years. Investigators terminated the influential JUPITER trial endorsing statins for primary prevention of ASCVD after (a median) 1.9 years, far too short a time to reveal one of the worst “side effects” of long-term statin treatment: accelerated senescence. [19] Statins speed up the transition from midlife vigor to debilitated old age. [12] 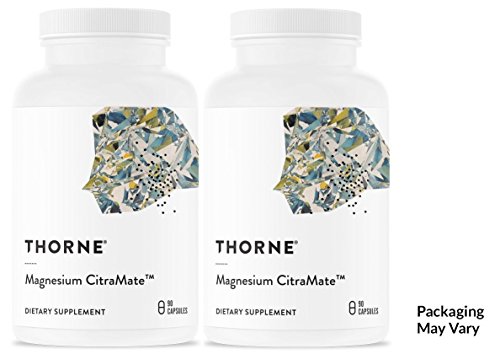 Heart surgeon Michael DeBakey and his team, 52 years ago, found no correlation between blood cholesterol levels and severity of atherosclerosis in 1,700 patients undergoing surgical treatment of ASCVD. [20] I have observed the same thing with my heart surgery patients (unpublished observations). Evidence for the cholesterol-heart hypothesis, i.e., the lipid hypothesis, wilts upon close scrutiny, as is also the case with the diet-heart hypothesis, which indicts saturated fat along with cholesterol for causing atherosclerosis. Approached with an open mind and without confirmatory bias (ignoring evidence that disagrees with one’s beliefs), substantial evidence now proves beyond a reasonable doubt that these hypotheses are wrong. [21-25]

If not cholesterol, what causes atherosclerosis? My colleague, the late Russell Ross, professor of pathology at the University of Washington discovered the cause: Atherosclerosis is an inflammatory disease. [26] Initiated by endothelial dysfunction, with or without injury, and mediated by macrophages and T lymphocytes, the ensuing inflammatory response promotes proliferation and migration of smooth muscle cells. Russell demonstrated that atherosclerosis is a chronic inflammatory and fibroproliferative process that is fundamentally no different than that seen in cirrhosis, rheumatoid arthritis, and chronic pancreatitis.

The small benefit statins offer in dealing with ASCVD comes from their non-lipid-lowering anti-inflammatory effects, especially with their ability to suppress nuclear factor-kappa B (NF-kB), a transcription factor concerned with intensifying the inflammatory response. [27] But even if they had no harmful side effects, the “number needed to treat” (NNT) for statins weighs against their use. If a statin reduces the (absolute) risk of having a heart attack by just 2 percent, its NNT is 50. For every 50 people taking a statin, 1 person will benefit while 49 other people (98 percent) will not gain any benefit from taking the drug and will expose themselves to the potentially serious broad spectrum of adverse events that statins cause (carrying a risk considerably greater than 2 percent). Statins do more harm than good. (Nutraceuticals curcumin and resveratrol also quell inflammation, like statins, by suppressing NF-kB—with no side effects).

Cholesterol combats inflammation in addition to its other roles, which include maintaining cell membrane integrity (cell membranes are 50 percent cholesterol), facilitating cell signaling, and serving as the structural foundation for bile salts, various hormones, and vitamin D. Dealing with inflammation cholesterol acts as the body’s fire brigade, putting out inflammatory fires and helping repair damage. (Blaming cholesterol for atherosclerosis is like blaming firemen for the fire they have come to put out.)

It is becoming increasingly clear that the cholesterol-heart hypothesis is a fallacy of modern medicine. In the future medical historians may liken the prescribing of statins to lower blood cholesterol with the old medical practice of bloodletting. Taking that vital substance out of the body is comparable to today’s practice of blocking production of cholesterol, an equally vital component, with drugs.

Don’t Quit or Burn OutNSA Is a Military Aggressor