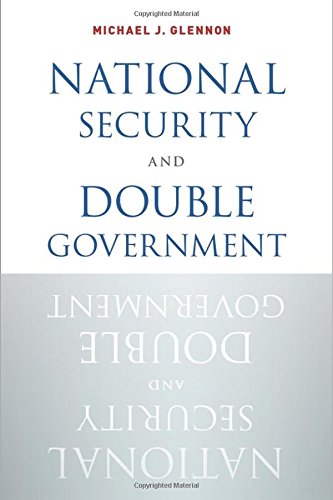 “America is ruled by a parallel system of power that operates above and in some ways below our system of democratic governance,” says David Talbot in this engaging conversation with University of California-Berkeley professor/poet/diplomat Peter Dale Scott.

Scott’s provocative conception of a “deep politics” and a “deep state” within the American democratic system, first articulated in the 1990s, has gained credibility over the years. After the revelations of Wikileaks and Edward Snowden, everyone who wants to can see that U.S. national security agencies have the latitude to pursue their chosen policies regardless of the decisions of the visible Madisonian government. The recent vote on ending NSA’s already implemented bulk collection procedures is the exception that prove the world.

Another example: Michael Glennon’s perceptive book, National Security and Double Government,  is an exercise in Deep State Studies by a Washington policymaker and a testament to the power of Scott’s insights.

As Talbot observes, “The Deep State is not a structure but a system, as difficult to define but as real as a weather system.”

Glennon’s book on the dual nature of the American government is one of the most disturbing and disconcerting I have ever read. He posits that there is the “Madisonian” public government of the legislative, executive, and judicial branches found outlined in the Constitution, operating under the rule of law, with their separation of powers, checks and balances, and openness and transparency.  This is contrasted with the “Trumanite” clandestine deep state, established by the National Security Act of 1947 during the Truman regime. On every page he uncovers virtually unknown material in intricate detail and in such depth as I have never encountered before. The section in the book concerning the federal judiciary absolutely blew me away. In particular how he detailed the “Trumanite” background of Supreme Court appointees and how they were vetted for their deferential views on “national security” while the establishment media presstitutes focused upon diversionary “hot button” issues such as abortion, women’s and gay “rights,” gun control, etc. I believe it to be the most powerful section in the book.

Are You an Nefarious Narcissist?They Don’t Mean What They Used to