10 Conspiracy Theories That Turned Out To Be True

World War 3 will be a guerilla information war, with no division between military and civilian participation. – Marshall McLuhan. In recent years, the mere notion of the conspiracy theory has increasingly been ridiculed by even some of the more liberal mainstream news outlets, but don’t let them fool you: it isn’t always some wackadoodle notion without merit or evidence. In fact, sometimes it turns out to be dead on. Here are 10 you may or may not be familiar with that turned out to be true…

1 The Gulf of Tonkin Incident, escalator of the Vietnam War, never happened

Conspiracy theory: The Gulf of Tonkin incident, a major escalator of US involvement in the Vietnam War, never actually occurred. It’s true. The original incident – also sometimes referred to as the USS Maddox Incident(s) –involved the destroyer USS Maddox supposedly engaging three North Vietnamese Navy torpedo boats as part of an intelligence patrol. The Maddox fired almost 300 shells. President Lyndon B. Johnson promptly drafted the Gulf of Tonkin Resolution, which became his administration’s legal justification for military involvement in Vietnam. Problem is, the event never happened. In 2005, a declassified internal National Security Agency study revealed that there were NO North Vietnamese naval vessels present during the incident. So, what was the Maddox firing at? In 1965, President Johnson commented: “For all I know, our Navy was shooting at whales out there.” Worth pointing out: The NSA’s own historian, Robert J. Hanyok, wrote a report stating that the agency had deliberately distorted intelligence reports in 1964. He concluded: “The parallels between the faulty intelligence on Tonkin Gulf and the manipulated intelligence used to justify the Iraq War make it all the more worthwhile to re-examine the events of August 1964.” (Source 1 | Source 2) 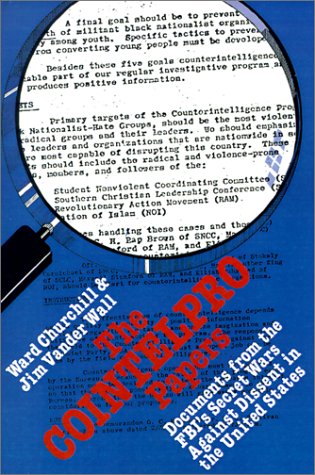 Conspiracy theory: Between 1932 and 1972, the US Public Health Service conducted a clinical study on rural African American men who had contracted syphilis. The Public Health Service never informed these men they had a sexually transmitted disease, nor did they offer treatment, even after penicillin became available as a cure in the 1940s. Sadly, it’s true. Rather than receiving treatment, the subjects of these studies were told they had “bad blood.” When World War II began, 250 of the men registered for the draft and were only then, for the first time, informed they had syphilis. Even then, the PHS denied them treatment. By the early 1970s, 128 of the original 399 men had died of syphilis and syphilis-related complications, 40 of their wives had the disease and 19 of their children were born with congenital syphilis. Worth pointing out: A similar experiment conducted on prisoners, soldiers, and patients of a mental hospital in Guatemala actually involved the PHS deliberately infecting the patients and then treating them with antibiotics. (Source 1 | Source 2)

Conspiracy theory: the CIA ran secret mind control experiments on US citizens from the 1950s until 1973. It’s so true that in 1995 President Clinton actually issued a formal apology on behalf of the US government. Essentially, the CIA used drugs, electronics, hypnosis, sensory deprivation, verbal and sexual abuse, and torture to conduct experimental behavioral engineering experiments on subjects. The program subcontracted hundreds of these projects to over 80 different institutions, including universities, hospitals, prisons, and pharmaceutical companies. Most of this was uncovered in 1977, when a Freedom of Information Act exposed 20,000 previously classified documents and triggered a series of Senate hearings. Because CIA Director Richard Helms had most of the more damning MKUltra files destroyed in 1973, much of what actually occurred during these experiments is still unknown and, of course, not a single person was brought to justice. Worth 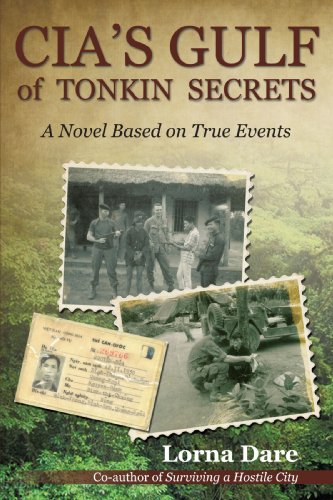 pointing out: There is growing evidence that Theodore Kaczynski, otherwise known as the Unabomber, was a subject of the Project MK Ultra while he was at Harvard in the late 1950s. (Source 1 | Source 2 | Photo)

Conspiracy theory: The Joint Chiefs of Staff of the US military drew up and approved plans to create acts of terrorism on US soil in order to sway the American public into supporting a war against Cuba. It’s true and the documents are out there. Fortunately, President Kennedy rejected the plan, which included: innocent Americans being shot dead on the streets; boats carrying refugees fleeing Cuba to be sunk on the high seas; a wave of violent terrorism to be launched in Washington, D.C., Miami, and elsewhere; people being framed for bombings they did not commit; and planes being hijacked. Additionally, the Joint Chiefs of Staff, led by Chairman Lyman Lemnitzer, planned to fabricate evidence that would implicate Fidel Castro and Cuban refugees as being behind the attacks. Perhaps most horrifyingly, Lemnitzer planned for an elaborately staged incident whereby a Cuban aircraft would attack and shoot down a plane full of college students. (Source 1 | Source 2)

Conspiracy theory: During the 1980s, the CIA facilitated the sale of cocaine to the Crips and Bloods street gangs of Los Angeles and funneled millions in drug profits to a Latin American guerrilla army. It’s convoluted and complex, but it’s true. Gary Webb’s book Dark Alliance: The CIA, the Contras, and the Crack Cocaine Explosion outlines how CIA-backed Contras smuggled cocaine into the U.S. and then distributed crack to Los Angeles gangs, pocketing the profits. The CIA directly aided the drug dealers to raise money for the Contras. “This drug network,” Webb wrote in a 1996

San Jose Mercury News article, “opened the first pipeline between Colombia’s cocaine cartels and the black neighborhoods of Los Angeles, a city now known as the ‘crack’ capital of the world. The cocaine that flooded in helped spark a crack explosion in urban America . . . and provided the cash and connections needed for L.A.’s gangs to buy automatic weapons. ”Worth pointing out: On December 10, 2004, Webb committed suicide under suspicious circumstances, namely the fact that he used two bullets to shoot himself in the head. (Source | Photo)

In the late 1940s, as the Cold War was just getting underway, the CIA launched a top secret project called Operation Mockingbird. Their goal was to buy influence and control among the major media outlets. They also planned to put journalists and reporters directly on the CIA payroll, which some claim is ongoing to this day. The architects of this plan were Frank Wisner, Allen Dulles, Richard Helms, and Philip Graham (publisher of The Washington Post), who planned to enlist American news organizations and journalists to basically become spies and propagandists. Their list of entrenched agents eventually included journalists from ABC, NBC, CBS, Time, Newsweek, Associated Press, United Press International (UPI), Reuters, Hearst Newspapers, Scripps-Howard, Copley News Service, etc. By the 1950s, the CIA had infiltrated the nation’s businesses, media, and universities with tens of thousands of on-call operatives. Fortunately, our media is no longer lured in by corporations and governments to disseminate propaganda and disinformation! (Source 1 | Source 2 | Photo)

COINTELPRO was a series of clandestine, illegal FBI projects that infiltrated domestic political organizations to discredit and smear them. This included critics of the Vietnam War, civil rights leaders like Dr. Martin Luther King and wide variety of activists and journalists. The acts committed against them included psychological warfare, slander using forged documents and false reports

in the media, harassment, wrongful imprisonment and, according to some, intimidation and possibly violence and assassination. Similar and possibly more sophisticated tactics are still used today, including NSA monitoring. (see #10) (Source 1 | Source 2 | Photo)

8 Operation Snow White: The Church of Scientology infiltrated the government and stole information

Operation Snow White is the name given to an unprecedented infiltration of the US government by the Church of Scientology during the 1970s. They stole classified government files regarding Scientology from dozens of government agencies. In 1977, the FBI finally cracked Snow White open, which led to the arrest and imprisonment of a senior Church official. The core mission of the program was to expose and legally expunge “all false and secret files of the nations of operating areas” and to enable Church seniors and L. Ron Hubbard himself to “frequent all Western nations without threat.” By the end, of course, there was nothing legal about their endeavors. (Source 1 | Source 2 | Photo)

For years, activists who feared a sinister globalist corporatocracy were told they were being paranoid. Maybe they were, and whether you want to call it the New World Order or not: they were right. On November 13, WikiLeaks released the secret negotiated draft text for the entire TPP (Trans-Pacific Partnership) Intellectual Property Rights Chapter. It revealed a closed-door regional free trade agreement being negotiated by countries in the Asia-Pacific region, including Australia, Brunei Darussalam, Canada, Chile, Japan, Malaysia, Mexico, New Zealand, Peru, Singapore, the United States, and Vietnam. The Electronic Frontier Foundation says TPP has “extensive negative ramifications for users’ freedom of speech, right to privacy and due process, and [will] hinder peoples’ abilities to innovate. ”Worth pointing out: In Jun 2014, WikiLeaks revealed the even more far-reaching Trade in Services Agreement (TiSA), a 50-country agreement that will promote unprecedented levels of privatization across the world. The agreement will essentially prevent governments from returning public services into public hands. This could dramatically affect our ability to enact environmental regulations and keep workers safe. (Source 1 | Source 2)

10 The US Government Illegally Spies On Its Own Citizens

This used to be laughed at as a dystopian fantasy derived from overactive imagination, Orwell’s 1984, and a juvenile distrust of the government. When you claimed ‘they’ were spying on you, people labeled you a paranoid conspiracy theorist, a tinfoil hat-wearing loon. Even after it was revealed that the NSA has been illegally eavesdropping on us and collecting our cellphone metadata for over a decade, people hedged on the meaning of it. Yes, they are analyzing our transmissions, but it’s under the auspices of national security. ‘In a post 9/11 world,’ certain liberties must be sacrificed for the sake of security, right? It turns out that is patently untrue. Not only is there no evidence that the NSA has protected us from terrorism, there is growing evidence that it makes us more vulnerable. Thanks to revelations about the NSA and their Prism project, we know that the scope of the NSA’s eavesdropping is even beyond what many conspiracy theorists originally believed. In early June of 2014, the Washington Post reported that almost 90% of the data being collected by NSA surveillance programs is from Internet users with NO connection to terrorist activities. According to the American Civil Liberties Union, this is in clear violation of the constitution. The ACLU is pursuing a lawsuit against the NSA, claiming that the dragnet-style mass collection of data violates the Fourth Amendment right of privacy as well as the First Amendment rights of free speech and association.

Reprinted with permission from Oddee.com.