All right, here’s another news article I found as mind-numbingly stupid as the one where Starbucks was whining about its social engineering campaign gone awry. Get a load of this nonsense.There ya go, now you’ve heard it all, ain’t ya? “Women On 20s”, huh? What, is that supposed to send shivers up my spine, compel me to put on a pair of sustainably-grown cotton pants and a pair of crocs, make me feel like singing “We Shall Overcome” and buy fair-trade coffee or something? Come on, man, this is stupid in so many ways, oh, let me count the ways!

First off and number one. Hey “money activists”, the money ain’t worth a plug nickel! In fact, said plug nickel has more value. At least the plug nickel is made out of some useful metal, usually steel. Steel is worth about fifty bucks a ton, scrap. Fifty pounds of the paper used to print U.S. currency just satisfies the need for toilet paper in Tangiers. But, see here, the U.S. cash isn’t backed by gold or silver! Not even backed by bronze, copper, brass, steel, or the cast-iron that old chamber pot commodes kept under the bed were made of. The money is actually worth about what went into the old commode potties back in the day. Yeah, so here’s these jokers acting like it’s some great honor to have your portrait on this kids play money. Man, I’d be embarrassed to have my picture on 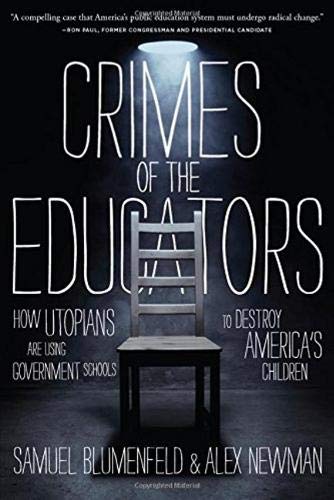 this money. I’d be getting up a social justice movement to get it OFF the money if it was my mug they’d plastered on these duckets.  Yeah, you might as well be lobbying to have chicks’ faces slapped on to Monopoly money. What’s the difference and who cares anyway?

Second, why does anyone’s face need to be on our money at all? Yeah, yeah, I get it, I get it. Why should that honor belong to long-dead American tyrants alone, especially when they’re of the male persuasion. But, look, we already put some chick’s face on a coin! Doesn’t that count, er, pardon the pun? Yeah, remember the Susan B. Anthony dollar? And people STILL don’t even know who this woman was! People were like, “What, did she shoot a British general or something, maybe have a cooking show on PBS?” Retired vending machines in junkyards across America are still talking to each other about that, saying, “Remember back in the day, in the old Seligman, Arizona gas station? Remember how sodas were fitty cents and people wouldn’t look and used two of them Susie Q. Antonio or whatshername dollars thinkin’ they were quarters? Yeah, haw, haw, haw, a fitty cent soda cost ’em two bucks! Boy, those were the days. We were makin’ good money that way!” 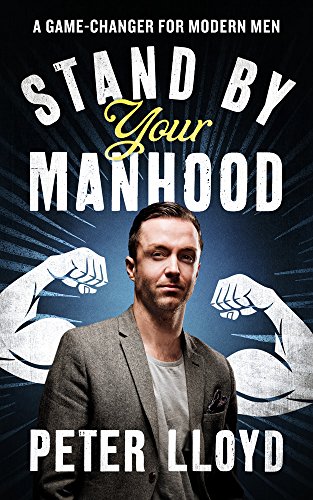 But like I said, why has anyone’s face got to be on the money? I think we should have “truth in advertising”! Let’s put animals on the money that reflect the true nature of our political establishment. We’ll start with a skunk on the dollar bill, then put a snake on the five spot. Next, we’ll put a jackal on the ten dollar bill and a turkey vulture on the twenty. The masterpiece, so to speak, will be a hyena on the hundred dollar bill since it is said the males of the species eat their young. On the back of the bills, instead of the homes of these various tyrants and images of government monuments to their own bureaucracy, we can put portraits of plants. Plants that properly reflect the nature of our government. Poison oak, jimsonweed, kudzu, tumbleweeds, you know, all the greats. Anyway, this will end the whining once and for all. There won’t be any debate over the gender of the species of animals and plants on the money because we won’t know. They could be hermaphrodites for all anyone would know.

Look here, I ain’t anti-woman or anything. My wife is a woman, after all. But here’s the thing. This whole money thing is gonna spiral out of control. We go and do this thing, everyone’s gonna want their own folks on the money in a currency quid pro quo! At least the Muslims won’t be lobbying us to put Mohammed on the money. But everyone else will be saying, “What about our guy,

how come he’s not on the money? We want our cultural hero on the ten dollar bill!” Uh, well, we only have an opening on the five dollar bill. “What?! Our guy is worth the ten dollar bill! This is racism!” See what I mean? This is what’s going to happen! Everyone’s going to want their ethnic and/or gender icon on the money! We might as well have a “Money Of The Month Club” at that point! It’ll be worse than all the quarters dedicated to each state. As if I care what the state motto of Massachusetts is. I don’t even remember the mottos of the states I have been in. Everyone will be going to the banks to get this Malarky Money, too. “Oh, I just need the Carmen Miranda five dollar bill to complete my collection!” This is pathetic. People, seriously, get a life!

Yeah, starving kids in the world, cataclysmic wars going on, peoples heads getting chopped off faster than from Guillotine-A-Go-Go, and these people are wasting time worrying about putting some woman’s face on the cash. Again, people, get a life! THIS was the “social justice” movement you put your hearts and souls into?! I think you better ask for a refund, speaking of money. Then sink that cash into some therapy. “But how will women be honoured?!” Well, putting their faces on money being used for illegal activities, racketeering, gambling, booze, and cigarettes probably ain’t the way. And that’s just talking about the use of it by the federal government.

Yeah, I know, they’re thinking women need to be given the same esteem as men. Pssttt…being on this money isn’t all that much of a social status, ladies. It’s not even as high a status thing as being on a box of Wheaties. Like I told you, the money isn’t worth the paper it’s printed on. It isn’t even backed by that scrap metal you see battered old ’75 Ford pickups hauling to the recyclers. In other words, it’s not even backed by flattened aluminium cans. I know, it’s supposed to be an equality thing. Well, if you’re working on saying women are worth more, putting their faces on currency that loses value faster than Michelle Obama school lunches up for trade in the school cafeteria isn’t the way to go about that.

But, hey, I’m just some guy calling it as I see it. Having a group called “Women On 20s” just sounds weird to begin with. Then to say this is a group seeking social justice by putting women’s faces on the paper money is just asking for a warm round of, “What are they rolling up in paper money and SMOKING?!” Yeah, that’s what we’d all like to know, not to mention where all that paper money the government steals out of our pockets ultimately ends up. Maybe one day, we’ll pay this cash to fundamentalist Islamic terrorists, uh, I mean U.S.-vetted and approved freedom fighters and they’ll see women’s faces on the money. They’ll be outraged because the women are not veiled and refuse the money in disgust. Maybe there’s a bright side to it after all.

But, the government is just asking for pranks, as per frickin’ usual. Yeah, put women’s faces on the money and two days later, every bill in circulation will have grown mustaches and van dyke beards on the portraits. Hey, I’m not saying Andrew Jackson was a great guy. But I’m saying, who pays for this crap? Who pays for all these ridiculous ideas? We do! The American taxpayers! Yeah, you ladies want ol’ Harriet Tubman on the twenty, but all of us get to PAY for that. Thanks. Maybe we should divert the money to pay for it from some social program and see how you like them apples. So, look, stop giving the government ideas on how to waste more money! They don’t need any more ideas on how to waste money! They come up with plenty of bad ideas on how to do that totally on their own! Just look at Syria! And the last thing we need is them wasting money on money! Talk about throwing away good money after bad!