Invasion of the Government Snatchers

Ok, so I called out Hillary on some of her malarky, and now it’s time for some equal-opportunity lambasting. It’s The Marco Malarky Hour! Da-da-da-da-da! Thank you, thank you, folks! Marco Rubio just officially announced his presidential campaign. Why do these jokers all wait for a certain date to announce this? What is it, like Christmas or something and they can’t open the campaign until a certain date?! Here I thought a Rubio was some kind of puzzle or toy, but evidently, it’s a presidential candidate. Check out his deal here.

parrots and Galapagos Tortoises will be alive to see those then. I think the world as a whole might beg to differ about this century being uniquely American. I mean, how do we know it is? Has the world all gone over to cheeseburgers and Jell-O for supper? There’s always room for Jell-O, so I suppose there’s room for a Rubio’s Cube in the election.

Let’s have a look at some of his statements, shall we? “While our people and our economy are pushing the boundaries of the 21st century, too many of our leaders and their ideas are stuck in the

20th century,” he told the crowd to allegedly roaring applause. “They’re busy looking backwards, so they do not see how jobs and prosperity today depend on our ability to compete in a global economy.”  Looking backwards? Say, for example, towards the Vietnam War? It seems to me that the continual need to engage in these futile wars all over the planet is “looking backwards”. Yet, that’s the type of thinking we hear from these candidates when they’re trying to out-warmonger each other. Oh, and the beginning anew of the Cold War, that’s an old 20th century idea, Marco. But you called for more sanctions against Russia, didn’t you, Marco? No? Sure you did! Your own website says so. What was that you said again about being stuck in the 20th century? See, you can’t compete in a global economy when all your attention is focused on Cold War-era paranoia about the Russians.

“We’re never going back. You see, we Americans are proud of our history, but our country has always been about the future and before us now is the opportunity to author the greatest chapter yet in the amazing story of America,” he said at the rally. “But we can’t do that by going back to the leaders and ideas of the past. We must change the decisions we are making by changing the people who are making them.” Gag. This sounds as contrived and ridiculous as the rally-the-troops speech the president made in the science fiction flop “Independence Day”. Remember that one? Who

can watch that scene without feeling the urgent need to burst into laughter and throw popcorn at the screen? That’s what immediately came to my mind when I read this. And I had to wipe butter from the popcorn off my computer screen after I read that. I have only one question: What is Rubio smoking??!! Come on, man, how did he say this with a straight face?! No one talks like this except presidential candidates. If you said something like this at a party, they’d cut you off and make sure you had a designated driver.

But get a load of what he said up there that provided the most laughter: “We must change the decisions we are making by changing the people who are making them.” Put it into a different 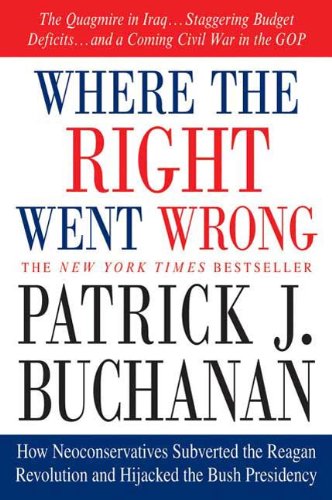 perspective. Suppose you pulled off the road and went to a diner for breakfast and ordered pancakes. And what arrived to your table had flour weevils all firmly embossed in it. At first you thought they made a mistake and brought out chocolate chip pancakes but, no, those are flour weevils sure enough. You look around and then notice the whole diner is filthy. So you call over the manager to complain and he tells you, “We must change the pancakes we are making by changing the people who are making them.” You’d find another place to eat, because that dude has been huffing non-stick cooking spray. Hmm…what if the diner as a whole is a stinking dump, how about that? Then it doesn’t matter who’s making the pancakes or what brand pancake mix they use. Not even the cockroaches care at that point. Hey Marco, we’ve changed the people every four years and we discover all of them say this, but they’re all the same pod

people out of Invasion of the Government Snatchers. Pssstt…Marco…hey Marco. It’s the State/diner itself, not just the people/cooks/decisions/pancakes.

But another inspiring, if not nauseating, thing is where he said, “To succeed on this journey, I will need your prayers and your support and ultimately your vote.” Ok, first off, it’s an election, not a “journey”. Is he running for president, or coming down here to Arizona to explore the New Age vortexes of Sedona? Hey Marco, Senator John McCain has a house in Sedona, didja know that? Yeah, that’s where they tried to coach Sarah Palin into coherence for the 2008 Presidential Election. Maybe he’ll lend you that house for your campaign. Marco wants “support”; that’s Politicalese for “Give me money and lots of it.” Yeah, well, ol’ Marco won’t see a frickin’ dime of my money. Ya hear me, Marco, not a frickin’ dime! The vote, yeah, of course, he wants my vote. I think I’d rather organize my spice rack. Garlic salt has much more to offer than Marco Rubio and New Mexico Red Chile powder is much more interesting. But he wants our prayers. What about Buddhists, Marco? Should they ask Avalokitesvara to help you out? They say he hears all lamentations and I’m sure you’ll be whining about something soon enough. Come on, man, don’t lay it on so thick. It is said you don’t need so much molasses to bait sheeple. They’ll just come to a slight whiff of it.

Ah, well, whaddya gonna do? It’s election season. There’s absolutely no point to throwing away good money renting any stand-up comedy DVDs. Just wait for these jokers to say something for free.

Jack Perry [send him mail] is a writer, journalist, and the author of "Regime Change You Can Believe In". He lives with his wife in the Sonoran Desert where he writes, reads, walks the desert, and abstains from political party participation. When the government is speaking or acting, Jack observes his own Rule Number One: Always Assume It's A Scam. A perennial desert rat, wayfarer, and path pilgrim, Jack also enjoys silence---especially from the government. Follow him on Twitter: [email protected]

Previous article by Jack Perry: On the Road With Hillary