They Added a Soundtrack and Called it Peace

In this vast shopping mall we call planet Earth, you will find one of the largest “anchor stores” of the whole complex is good ol’ American State Global Improvement Center. From it’s humble beginning as a small hardware store, it has become the world’s largest purveyor of global remodeling products and services with outlet stores in well over 150 countries. American State has a new product out now; a re-launched line of tools.  Ok, go into the store and you have to pass by the Regime Change Nation Building Materials section. Make a left past the sandbags and go over to the Tools of the State section. Yeah, that’s where you’ll find the American Tuff Guy. This is a very effective Tool of the State, since it loosens nuts everywhere and before you know it, all those nuts are loose and in the palm of the State.

Now, the American Tuff Guy is quite a phenomenon. This tool first showed up in the 1980s, during the infamous Reagan Era, when militarism was made all shiny and new again and given an

award-winning soundtrack that won Grammys. You see, the nuts could not come loose for Reagan. They had been rusted solid because of the tears of widows and mothers from the Vietnam War, and the blood of some one to two million people we killed over there. This presented a problem. How could we turn the nuts loose again? Well, the State noticed the American Tuff Guy chanting “USA, USA, USA!!” at TV wrestling matches and said, “Aha! We need a few spritzes of AV-45 (American Victory 1945 formula, which helps loosen the rust holding the nuts) on these nuts!” The chant of “USA, USA, USA” eventually became an unwholesome, distasteful cultural meme and the American Tuff Guy went to Hollywood and made many a movie to break free the nuts.

And how! We were told we could have won the Vietnam War if we’d have just killed another couple million people. In fact, the fault was a State not ruthless enough to kill people on an even grander scale than a couple million. That State wouldn’t “let” the military win that war. Going into the future, we need a State that is willing to kill people in the tens of millions if we need to do so in order to “win”. In “Red Dawn”, we were shown how a Soviet army invading America could be defeated with high school kids, a couple deer rifles, a football, breakfast cereal, and urinating into a radiator. Which was also the arcane magical formula to resurrect the cadaver of militarism. People in the audience chanted “USA, USA, USA!!” not realizing that was the incantation needed to fully reanimate the corpse. It was demonstrated how the incompetent pilots of Middle Eastern air forces could be shot down like ducks in a pond, with a great soundtrack, thus making the possibility of a war becoming the world’s biggest music video a reality.

At last, wars we could dance to! Goose-stepping is soooo out now! Everyone knows the American State juggernaut of the future will dance and have an award-winning soundtrack. It’ll have its own

The American Tuff Guy has been the best Tool of the State ever since the 1980s. The American Tuff Guy has never been in the military, but he’s the host of conservative talk shows cheering on wars. The American Tuff Guy is calling for attacking Russia and Iran, even though he himself has never actually served in the military. Oh, we wanted to, he says. But, you know, college, parties and all that, you know how it is. Things came up. But he demonstrates his martial prowess on the internet and hosting talk radio and TV shows. He’s so tough, he’s bitten the heads off of animal crackers and has even eaten an MRE once. He’s loosening the nuts all over America, because that’s his function as the State’s tool. So when the State unveils it’s new “global improvement project”, all these nuts will be ready to go. Nobody will ever bother to look at the American Tuff Guy and say, “Hey, wait a minute! Aren’t you a Tool of the State? Isn’t that your function, loosening up all these nuts? Just look at these nuts you’ve loosened! Some of them are running for president!”

The American Tuff Guy is hard at work right now, cheering on the 173rd Airborne training Ukrainian troops over there. “USA, USA, USA!!!” Hey, Tuff Guy, they’re in Ukraine. What has that got to do with the “USA”? Nothing, except the wasted American tax dollars. The American Tuff Guy sees Russia sell defensive missiles to Iran and says, “Look how they disrespect the USA! We need to teach them they can’t do that! USA, USA, USA!!!” Hey, Tuff Guy, you want to give weapons to Ukraine, Russia’s hostile neighbour, so what’s the dif? And all this whole nauseating “Go USA!” and mindless chanting of “USA, USA, USA!!” as if this is all a TV wrestling match on one of the “off channels”. Indeed, when I hear all this patriotic claptrap, I am awaiting a commercial break for some type of vegetable slicer. “Tired of onions making you cry when you slice them? Tired of never being able to get those perfect slices of eggplant? Tired of peeling carrots? Tired of those pesky governments of other countries that think they can do whatever they want to without permission from the American State? Well, the time has come for Regime-O-Matic, the American State that topples governments, gets rid of world leaders, arms unstable dictators and despots, and creates picture-perfect eggplant slices every time!”

One technique the American Tuff Guy loosens the most nuts with is using the old “cheater bar” of saying, “We have to fight them over there so we don’t have to fight them over here.” Now, we heard this about Iraq in 2003. Now we’re hearing this about Ukraine in regards to Russia. Um, when exactly did Vladimir Putin say invading the United States was even a passing interest of his? 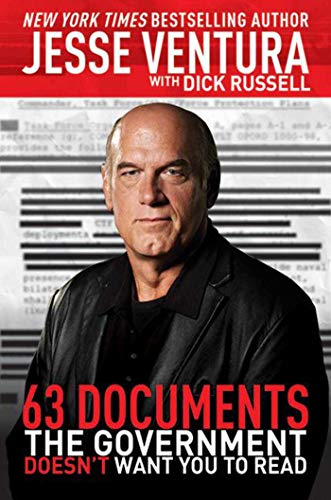 Oh, wait! I get it! We’re back to the whole “Red Dawn” scare tactic that started all this crap back in the 1980s! Wow, American Tuff Guy, you sure do know how to loosen the nuts over here. Right, because if we don’t “stop the Russians” in Ukraine (where they aren’t in the first place), the next thing you know, we’ll have Russian troops landing in Malibu. Because that’s how it works. You always have to secure Ukraine before a major amphibious assault at Malibu Beach.

Right, so here we are once again with the American Tuff Guy loosening the nuts across America. We’re hearing, “Obama pulled out of Iraq and that’s why we basically lost that war!” Yes, just like we’d have won the Vietnam War if only we’d killed another couple million people. See how this endless propaganda for State militarism is passed around by people? The old call for the State to stop being so mamby-pamby and start producing kill ratios we can be proud of! The American Tuff Guy wants a reality TV show we can be proud of, like “Desperate Body Counts”. They can announce how many people the State killed all over the world and the American Tuff Guy can spill his bowl of corn chips shouting, “USA, USA, USA!!!”

So what do the nuts do once they’re loose? Well, they vote, of course. For the one likely to kill the most people and thus give the U.S. a winning score on Desperate Body Counts. They show up at political rallies, along with American Tuff Guy, chanting “USA, USA, USA!!!” every time the speaker swoons with delight over the prospect of killing millions of innocent people. They actually run for political office, promising to use that political office to engage in the legal mass murder of millions by the State called “foreign policy”—and then rejoice after actually having done so. They

appear on talk shows, wiping the foam from their lips as they call out for the slaughter of millions of human beings. Just to teach one man in that country, their leader, some so-called “respect” for the “USA” when even he had done nothing wrong to begin with.

And with all this senseless death and destruction, the chant of “USA, USA, USA!!!” can be heard in the background from American Tuff Guy and all those loose nuts. The unholy abomination of the American State, about to manifest into something even worse, is drunk with power and blood. The praise and worship directed towards it, is giving life to the image we have yet to see. “They made a wasteland and called it peace”, Tacitus told us. No. It’s different these days. They added a soundtrack and called it “entertainment”.

Better Than College The Blessings of Destruction