The Ten Commandments have ten points. The nice thing about each of them is this: it gets right to the point.Christians disagree about which point this one is. Catholics and Lutherans believe that this is the seventh commandment. Most Protestants believe it is the eighth commandment. I am in this camp.

I am in the Eighth Commandment camp, but not because this is what most Protestants have always taught. I am in this camp for a very specific reason: I believe that the five points in the biblical covenant model are sequential. I believe that the third point has to do with boundaries, which include moral and legal boundaries. I wrote a four-volume commentary on the economics of the Book of Leviticus. Leviticus is the third book in the Pentateuch. I titled it, Boundaries and Dominion. 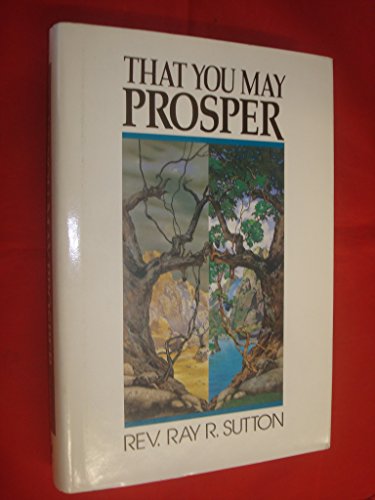 I realize this sequence was not understood prior to about 1954, with the publication of George Mendenhall’s essay on Hittite suzerainty treaties. But once I understood this, after I read Sutton’s book, That You May Prosper (1987), I recognized the five-point structure with respect to the second set of five Commandments. The third commandment, “thou shalt not steal,” has to do with boundary violations.

You do not have to accept my interpretation of the biblical covenant model in order for you to understand this book. What I do want to consider is this: this commandment is short and sweet.

The Ten Commandments are aimed at all people. They are not aimed primarily at people with advanced degrees in the social sciences. The whole point of the Ten Commandments is this: everyone is liable. Nobody will be able to answer on judgment day with this response: “I just did not understand what this meant.” Yes, he did. Not only did he understand it; he violated it.

It is significant that the first prohibition in the Bible is the prohibition on theft. God set up a tree in the midst of the garden, and He put a judicial boundary around it. Here was the declaration: “No trespassing.” This was simple. This was not sophisticated. This was easily understood. And this is why, when temptation came, it was very specific. It was twofold. First, it promised knowledge that would elevate mankind in the understanding of good and evil. Second, it was a promise that nothing bad was going to happen if they stole the fruit.

So, they stole fruit.

It did not take a Ph.D. in economics to understand what was at stake here.

With this as background, I want to consider Chapter 1 of Hazlitt’s book. I want to contrast it with what I am doing in this book.

Hazlitt was a first-rate economist. He taught himself the basics of economics, and then he spent decades writing about economics. By 1946, he was prepared to write his book. I cannot think of anybody in the United States, or even the world, who could have written a better introductory book on economics in 1946.

If we are talking about the logic of conventional economics, this is a good description of the two kinds of economics. I suspect that most economists would accept it. Each of them would, of course, assume that he is a representative of good economics. His critics, naturally, represent the bad economics faction. But the definition itself would probably be acceptable by most economists.

There is an enormous problem with this definition of good economics. It is this: most people cannot follow long chains of reasoning. Let me assure you, this includes most economists.

There is no question that his approach to explaining economics is excellent. This is why the book is still in print. This is why it still influences people who read it. They can better understand the second chain of reasoning: the things not seen.

Nevertheless, this does not overcome his definition’s main problem: long chains of reasoning. Economists are highly sophisticated in denying the economic relevance of things not seen. They insist that their opponents have not seen the things which ought to be seen. They also insist that the things they have seen are the truly relevant things in understanding economics. Economists are masters at trying to persuade people — especially other economists — that what other economists see is not relevant.

The sophistication of these arguments can become remarkably complex. I am reminded of an old criticism of professional academics: “They use intellectual tools so sharp that the tools are useful only for splitting hairs.”

Then there is this one: “Where there are five economists, there will be six opinions.”

Hazlitt’s approach always brings us back to this problem: the difficulty of following long chains of reasoning. I can think of no field in which this is a greater problem than it is in the field of economics. I do not mean economics among the masses. I mean economics among professional economists.

Hazlitt was accurate in saying the bad economists are the ones who ignore indirect consequences. But the trouble is, almost everybody who is trained in economics is skilled at guiding people down primrose paths. Long chains of reasoning are really more like primrose paths.

Voters have to make decisions as to which special interest group is the right one to listen to. But voters really are not equipped to do this well. They get confused by long chains of reasoning.

They respond to slogans. The trick of the special interest group is to come up with a vote-getting slogan. Then it hires someone with a Ph.D. in economics to justify it.

We need better slogans. We can’t beat something with nothing.

We also can’t beat an eye-catching slogan with a long chain of reasoning.

I suggest this bumper sticker: Thou shalt not steal. This goes on the left-hand side of the bumper. This one goes on the right-hand side: Even by majority vote.

This leads me to my main point.

Previous article by Gary North: Gallup Poll: ‘What, Me Worry?’

Frenemies The Most Corrupt Country on Earth