The headline was standard: Teen girls give Pa. woman black eye for ‘shushing’ them in movie theater.

They broke her eye socket. But this is called a black eye in medialand’s headlines.

Two loud, cursing teenagers did not know how to conduct themselves in a public place. A woman asked them to behave like civilized people. Fat chance. What they had not learned at home or in public school could not be restored in a movie theater. Nobody tells them what to do. Ever. Especially nobody white.

They left the screening room, and they jumped her when she left the theater. They beat her up. This was no spur-of-the-moment attack.

The woman has said that she can pick them out of a line-up. She is going to press charges. 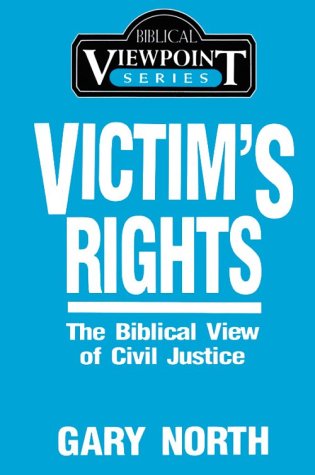 Let us hope the perpetrators are located, tried, and convicted. It is a shame that the “except” clause of Amendment  XIII, Section 1 of the U.S. Constitution has never been imposed by the courts. It would have saved a lot of taxpayers’ money. It also would have emptied the prisons.

Restitution to the victim is called for. What we get is suspended sentences with no permanent record for teenage hoodlums, and prisons that cost from $13,000 (Kentucky) to $60,000 (New York) per inmate per year for adults — all at taxpayers’ expense.

Conservatives say: “Lock ‘em up, and throw away the key.” I say: “Article XIII, Section 1″ and “victim’s rights.” I even wrote a book on this: Victim’s Rights. Criminals pay their victims. Courts enforce the law. It’s a radical concept. It goes back to the Mosaic law.

Bennie and the Debts Jack’s Challenge