Exactly When the Fed Will Launch QE4

On Friday, the S&P 500 and the Nasdaq closed at record highs.

It’s the first time both indexes have done so since December 31, 1999.

High profits, you say. But where do profits come from?

Households have less money to spend than they did 15 years ago. And companies cannot make money just by selling things to each other.

The only explanation is that customers – including the US government – continue to borrow and spend. 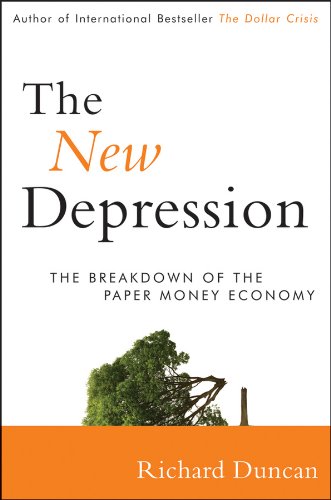 Corporations borrow money to buy their own shares. Consumers borrow to buy products. Either way, the money comes “out of nowhere” and falls on balance sheets like manna from heaven.

Today’s question: Where is nowhere?

The Limits of Debt

US households appeared to reach “peak debt” in 2007.

Now, the corporate and government sectors – not to mention students and auto buyers – are pulling up to their maximum debt limits, too.

“Everybody – including every corporation and government – has a capacity limit for debt,” says Swiss money manager Felix Zulauf.

“Once they reach capacity, they stop buying. Then the additional sales turn to additional inventories, employees turn to jobless statistics, and profits turn to losses.”

Maybe the cycle will reverse soon. Maybe it won’t.

But US corporate profits – already at record highs – can’t go much higher unless: (a) wages rise, (b) consumer borrowing rises or (c) government borrowing rises. None of which looks likely.

And without the hope of higher earnings in the future, why pay so much for stocks today?

The S&P 500 is trading at 27 times the average inflation-adjusted earnings of the previous 10 years. Only twice in history have S&P 500 earnings, measured this way, been so pricey: at the peak of the dot-com bubble and right before the 1929 crash. 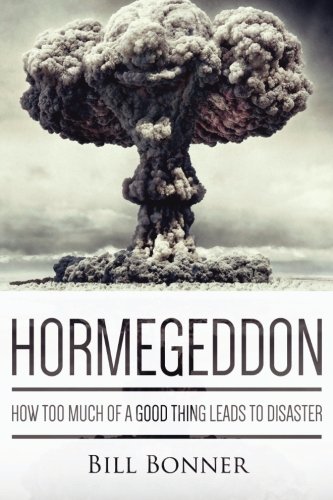 Without the supposedly “safe” income that bonds throw off, what’s an investor to do but reach for dividends and capital gains in the stock market?

But stocks are supposed to look ahead. You don’t buy a stock in anticipation of getting back the same thing you paid. You buy hoping to get more.

How much lower can interest rates go?

(We’ll leave that question for tomorrow – I think you’ll be surprised.)

In the meantime, let’s keep our eye on the US stock market.

Why are stocks – and assets generally – so richly valued?

“Nowhere” has provided a lot of money…

No one earned it. No one saved it. But here’s our prediction: Someone will miss it when it is gone!

If the US money supply were a deck of cards, Uncle Sam has been slipping in extra aces for the last 44 years.

Between 1980 and 2008 these aces were in the form of current account deficits. The US bought more from overseas than it sold abroad, and financed the difference on credit.

Fiat dollars went to overseas suppliers. Their central banks took the cash and sent much of it back to the US, where it was used to buy stocks and bonds.

From roughly 1990 to 2008, the flow of dollars into US financial markets from trade surplus countries (where exports exceeded imports) averaged about $400 billion a year.

According to the author of The New Depression, Richard Duncan, this money was an important source of the Nasdaq bubble at the end of the last century… and the subprime mortgage bubble at the start of this one.

When those bubbles popped, the Fed came up with another source of liquidity – QE.

Take QE plus the amount of dollars accumulated overseas as foreign exchange reserves, subtract Washington’s borrowing (which drains liquidity), and you have what Duncan calls the “Liquidity Gauge.”

Follow the gauge, he says, and you will know how loaded this deck really is.

For example, in 2013, low government borrowing combined with QE led to near record levels of liquidity. The S&P 500 reflected this with a 30% gain.

It doesn’t look good. Washington’s budget deficits are estimated to stay at about $500 billion a year until 2020. This will absorb a lot of liquidity to pay zombies.

Also, the Fed has put its QE program on pause. If it stays that way, some liquidity would seep in from European and Japanese QE programs. But it would be fairly modest.

The only major source of liquidity would be from dollar foreign exchange reserves overseas. But world trade has slowed, greatly reducing those reserves.

Negative net liquidity for the next five years.

The bad news begins in the third quarter, says Duncan.

Because income tax returns are due in the second quarter, it always brings in tax revenue to the US government. This reduces Washington’s need to borrow… leaving liquidity available to the stock and bond markets.

But in the third quarter, net liquidity is likely to turn negative. And the stock market is likely to correct.

The Fed will panic and announce QE4… and other measures.

Previous article by Bill Bonner: The Coming War With China