Since American Sniper has become one of the “top grossing films of all time”, garnering a few Academy Award nominations and at least one, if trivial, award, there have been even more reviews written about this insidious and insipid strip of celluloid. Unsurprisingly all of them contain the same swill. I had to return to my own review just to see if I had perhaps omitted anything essential or if anyone might have thought in an at least similar direction.

The defensive focus of vocal support for the film is equally and unsurprisingly the condition of “veterans”. In fact this is probably the single most abused excuse for US war film production since the US regime withdrew its uniformed forces from Vietnam. To be fair—although by no means generous—some of the reviewers suggested that critical attention be focused on those who initiate

and manage the wars that create such neglected veterans. As I have argued elsewhere, this is still the “wrong war thesis” and remains a kind of apology for the centuries of carnage wrought by the regime in Washington.

On the other side of the phony political divide are those who claim that Mr Eastwood does not present the humanity of Iraqis fairly. Of course this begs the question as to why, if Americans were concerned about Iraqi humanity, they would derive such satisfaction from destroying Iraq and maiming or murdering millions of its inhabitants, while plundering and pillaging the country for nearly fifteen years? The fact that the film has generated such high gross receipts is certainly proof that Americans are not at all concerned with the humanity of Iraqis (or anyone else for that matter) but enjoy war and murder as entertainment.

I recently had a long discussion with a good acquaintance whose daughter is engaged to a professional soldier in the German army. I asked him if he (a pacifist) and his daughter were conscious of 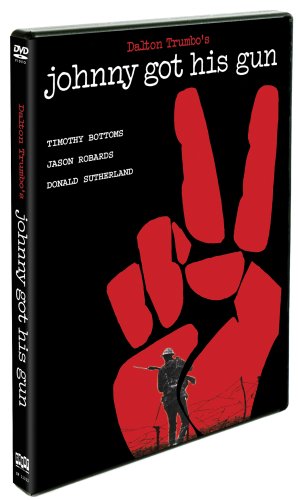 what this could mean in even the very near future? He said his relationship to his daughter although good, despite the divorce between him and the girl’s mother, was still tenuous– or he perceived it as such. In other words, he did not want to risk breaking the contact to his daughter by pointing out that she intended to marry a professional killer. He retorted that she was aware of the risks involved for a soldier and that this did not diminish her love for the man. I acknowledged that although a 20-something woman is an adult and has her own responsibilities, she could hardly (at least in Germany) be expected to be fully aware of the immediate consequences of marriage to a professional soldier. The conversation revolved around whether one could or could not, as a German soldier, be ordered to kill people. Here it is worth mentioning that when the German government prepared to end universal conscription the airwaves were saturated with McCann Erickson advertising for the German Army—exactly modelled on the US Army’s “be all you can be” campaign from the 1970s and 1980s. Germany was being prepared for integration in the post-Vietnam US killing industry.

Quite aside from the absurdity of debating killing in the military, the issues of obedience and camaraderie as well as patriotic loyalty were raised. His future son-in-law would not intend to kill except to protect his comrades. Moreover the young man was convinced that the German Army defends the values of the old “citizen army” under universal conscription. I said that someone who believes that the German army (even under conscription) was a democratic defence institution is either stupid or crassly ignorant or worse mendacious– since especially in Germany the remilitarisation was forced on the population by the US, by its stooge Konrad Adenauer using parliamentary tricks and police to suppress general– even legislative– opposition to rearmament after WWII. Never mind that more than a few I know who served in the subscription army could recite stories about the vitality of the Wehrmacht tradition in the garrisons even in the 1980s.

Then I asked if there was any sense in a pacifist attitude when one is not even willing to confront one’s own children with the consequences of marrying professional killers or accepting their profession as “just another job”. If one has no great social influence as a pacifist, one might think that at least defence of one’s own family against the trauma and the criminal collusion with the war machine would be a kind of duty. Doesn’t it make sense to protect the physical and mental health of one’s family by discouraging participation in the war machine wherever possible? 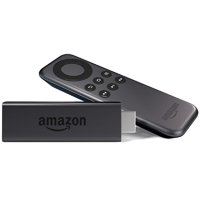 The answer given in the American Sniper genre is that even mass murderers need love and understanding. However such love is never the much-trumpeted “tough” kind that says to a partner: “I do not believe love and murder are compatible, you have to make a choice!” Americans are told every day how “tough” their love has to be—as if “tough” equals honest. In practice “tough” love has nothing to do with love—it is all about being “tough”—e.g. neglecting the poor and slaughtering non-whites for fun and conquest.

Military indoctrination also has its impact in the “white branches” even if it is by no means as obvious as in the case of infantrymen. Both the Navy and the Air Force are largely white preserves and their members generally kill from a distance or remotely, at limited risk to their own lives. Much of the military apparatus is clothed in suits rather than uniforms and if white (and middle class) operates by remote control. The pleasure of vigilante films like American Sniper derives from the self-pity cultivated among the poor who kill directly and the vanity of the technologically indoctrinated iPhone classes. Killing Iraqis (or other non-whites) is either a game of supremacy or an exercise in consumer sadism. However, among the covert—and hence chronically unnamed—

entrepreneurs and managers of these wars it is both.

When a train hits a person who either accidentally or deliberately falls in front of it, the locomotive driver (at least in Germany) is relieved of duty immediately and given psychological/ psychiatric support to overcome the shock. New Year’s Day this year it took me 12 hours to get to Berlin because someone jumped in front of our train between Hamburg and Berlin. This is how seriously an accident is treated– although jumping in front of trains is no new or particularly rare event. (Imagine if every soldier had to be treated in the same way due to “accidental” defensive discharge of his firearm!) Everyone on the train was full of sympathy (or pretended so) for the poor driver who had to experience driving over a single human being. The same people have no serious problem when it comes to tank drivers crushing women and children in Afghanistan or Iraq or in any unnamed African country. I suggested that locomotive engineers simply be paid “hazardous duty” bonuses like soldiers: everyone was horrified.

But aren’t those women and children simply “suicides”? Their lives are defined by living in the path of merely occasional tank drivers who cannot be expected to stop their line of travel any more than a locomotive engineer surprised by a falling body.

In fact all these reviews support the thesis that it is the fault of Iraqis or other non-whites that they are in the way of routine American train movement. Chris Kyle was just one of those lonely locomotive engineers who ultimately needed treatment for the trauma of driving over too many suicides (those who have the misfortune to live on the same route where the US builds its global railroad tracks). Of course if Americans took the history of their own railroads seriously, they were not only metaphors for conquest. The “iron horse” rolled over the Chinese, African-Americans, and Native Americans, enriching the white elite that still rules the American empire. It was the natural extension of the cavalry and later mechanised infantry that terrorise the world today. The reviewers of American Sniper all accept the tank, APC, and Humvee as public transportation and their drivers as the engineers and conductors. They and the mass public for Mr Eastwood’s film have all willingly paid their fare on the Great Death Railway run by the US empire. All aboard!