A typical allergy-prone individual has to take a pill every twelve hours endlessly if he trusts orthodox medicine to treat him, and this merely suppresses the symptoms temporarily. What we call “allergies” are actually just symptoms of a body trying to defend itself from perceived threats, so allergies are incurable until the aggravating factors are removed, or the irate immune system is calmed. It is impossible to completely stop the histamine reactions for perceived threats, because these reactions stem from the immune system reacting appropriately. Completely stopping these reactions using standard symptom suppression techniques would mean totally halting the immune system, and it would mean death. It is why most established therapies are ultimately so futile, and why there is no sign of a pharmaceutical cure. Conversely, alternative medicine deals with the root cause of the problems, instead of merely symptom suppression, so there are vastly better options available with holistic methods.

Chronic allergies are caused by the overgrowth of candida albicans. This is a type of yeast that thrives in the gastrointestinal tract. There will always be some of this yeast in every human being, but it is ideally balanced by beneficial bacteria. The beneficial bacteria is commonly referred to as intestinal flora. Intestinal flora helps in the digestion process, and it furthermore aids in removing toxic materials. Conversely, candida is a parasitic yeast, which robs the body of nutrients, and it increases the toxic waste products that a body must eliminate. These two groups of organisms are two warring armies.

With ideal health, the flora bacteria vastly outnumbers and persistently overwhelms the candida yeast; in a similar way to how grass on a healthy lawn will crowd-out weeds. Flora provides immune system support to the dirtiest parts of the human body, where the normal immune system can otherwise become overwhelmed if it is unaided, and it aids with proper assimilation of nutrients. Our lives depend on those little guys protecting our bodies. If all of the flora dies, then the result is sepsis and death; which has become surprisingly common for patients who get too much medical ‘help’. Statistics show this to be an alarming reality. 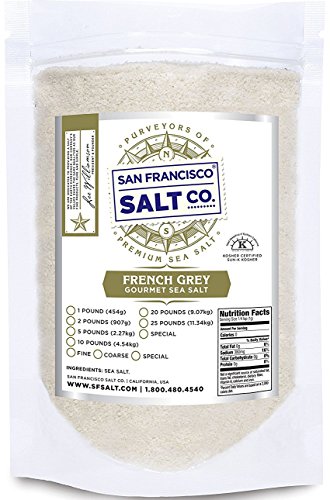 Whenever an overgrowth of yeast overwhelms the flora, it causes various health issues. Excessive yeast creates a toxic state for the digestive system from its generated waste products, which ultimately trickle into the rest of the body to cause a snowballing effect. Allergies are most often triggered by an immune system that has already been made hyperactive by the rapid growth of the fungal invaders. The impaired absorption of nutrients combined with an onslaught of candida waste products (and the related immune responses) begins the vicious cycle of declining health and opportunistic infections. The aftermath can include fatigue, headaches, mood swings, depression, poor memory, lack of concentration, sweet cravings, carbohydrate cravings, and a further weakening of an already compromised immune system as the issues snowball. This sad and sickly state is called “normal” in the Western world.

Candida usually undergoes a massive growth spurt following antibiotic use. This is partly due to antibiotics being more fatal to the good bacteria, which would normally keep candida in check. It has been known for over seventy years that antibiotics are more harmful to the beneficial bacteria than to harmful pathogens, and this rule generally includes even the all-natural antibiotics, such as colloidal silver. Whenever antibiotics are discontinued, the immune system remains weakened for a lengthy period (sometimes years for pharmaceuticals), which places candida in a position of advantage. For someone who has just stopped taking antibiotics, the best thing that he could do for his body is to eat large amounts of plain yogurt (preferably organic) as a natural probiotic. Flavored yogurts contain lots of processed sugars, which will actually feed the yeast, and therefore make the condition worse. Some of the flavored yogurts even contain high fructose corn syrup. Yogurt is made with homogenized milk, so also supplement with vitamin C and folate (or the inferior folic acid) to protect against inflammation and arterial damage.

People who eat diets emphasizing carbohydrates tend to experience more allergies and other immune system problems, because processed sugars feed candida. The worst of the sugars are the bleached-white, refined sugars and high fructose corn syrup. The toxicity of these unnatural sugar-like products is enough to massively kill beneficial bacteria, but it feeds pathogenic life forms. These products also aid the fermentation process that keeps yeast thriving. Processed sugar is like fertilizer for the fungal invaders.

The same sugar-loving yeast is the main cause of both dental cavities and bad breath. People who have flora winning the war (who have unimpaired immune systems) rarely get cavities or bad breath. If you ever wondered why bad breath often smells like rotting mushrooms, then you should now understand why. The so-called “breath freshener” products contain ingredients that aggravate the immune system further, which makes the problems worse over an extended period. All of these factors combine in the Western lifestyle to make the common cold so very common. For most people, their immune systems are always weakened, aggravated, and overdriven. Unchecked fermentation is how cancer begins in most cases; once all of these factors shift a person’s pH 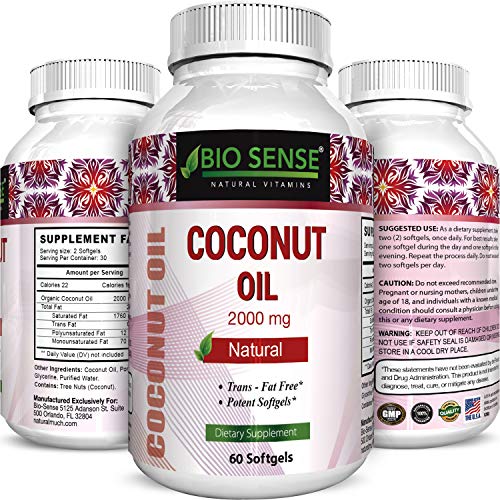 too much into the acidic range that cells must themselves begin deriving their energy from a fermentation process too.

Curing candida through diet is surprisingly easy. It involves the avoidance of foods which are based on yeast and refined simple carbohydrates, such as white flour, white rice, processed “white” sugars, table salt, mushrooms and beer. These foods are never white in nature, and some of them never existed until the 1950’s, when the chemical industry decided to enhance and enrich our foods with chemical processing; including the use of chlorine bleaches that leave behind traces of dioxin compounds. The food remnants of bleaching are incredibly bad for the body, as well as being especially toxic to flora. 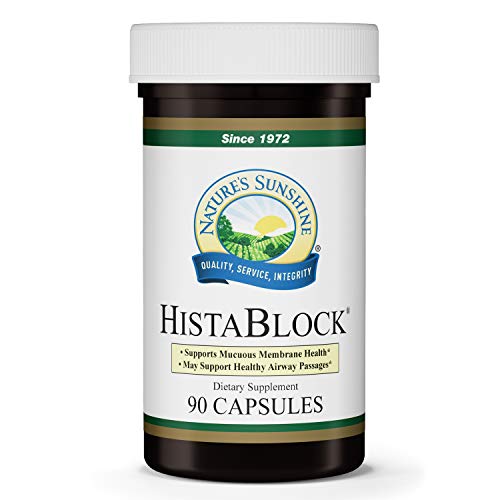 For any person wishing to cure his generalized allergies, the reduction of his simple and processed carbohydrates is the first step. The recommended dietary improvements will make a person’s life significantly easier, and it will completely eliminate the depressions of some individuals. The elimination of unhealthy carbohydrates is the basis of the very successful Atkin’s diet for weight loss, so it will have a double benefit for some. Note that whole wheat foods and brown rice are fine in moderation, because real foods are wholesome until they have been ‘enhanced’. However, be aware that commercial whole wheat breads often contain worse chemical additives than white breads.

Eliminate all refined sugars, and replace with fruits whenever cravings for sweets occur. Honey is a great sugar substitute that has compounds to help balance blood sugar levels, and it contains naturally occurring anti-histamines that are produced by bees to protect themselves from pollen, since they spend most of their lives being covered in it. Local honey is ideal, because the anti-histamines in it are designed to counteract local pollens. 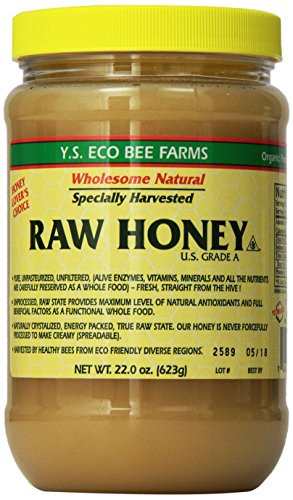 Avoid all soft drinks, and this is the most important of all the suggestions. Soft drinks massively lower a body’s pH and thereby its oxygen content. They even release carbon dioxide (from carbonation) into the body, further flushing out the body’s critical oxygen. Combining these factors with the artificial sugars and high fructose corn syrup that are found in soft drinks produces an abomination so bad that it would require a separate article just to detail. Both the sugars and the carbon dioxide from soft drinks feed the fermentation process that candida uses.

Especially avoid soft drinks with sodium benzoate, because sodium benzoate itself triggers allergies. This substance is in most soft drinks. Tests conducted in 2005, and paid for by a soft drink industry whistle-blower, showed that certain sodas and juices had benzene levels up to ten times higher than the U.S. drinking water limit of five parts per billion. Benzene is classified as a known carcinogen by the U.S. Food and Drug Administration, and it is directly linked to leukemia. Benzene can form in beverages that contain either sodium benzoate or potassium benzoate, when combined with ascorbic acid (erythorbic acid or vitamin C) according to the F.D.A. (Leave it to them to find a way to make vitamin C dangerous.) Heat and light exacerbate the benzene formation in sodas. The benzene limit for drinking water does not apply to soft drinks, which have much less stringent quality standards than municipal water supplies. Sodas with obscenely high benzene content are perfectly legal in the U.S.

“Environmental factors can also be big supporters of candida albicans [yeast] proliferation. Exposure to pollutants such as pesticide residues, car exhaust, industrial chemicals and heavy metals (particularly those found in mercury/silver amalgam dental fillings) may encourage the growth of these ‘bad’ bacteria.” 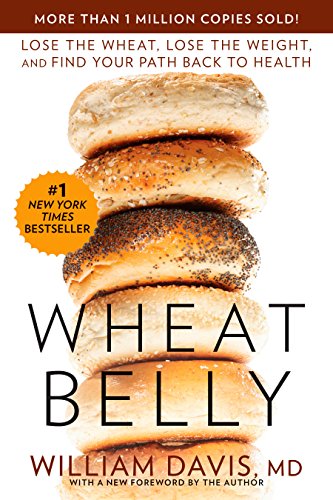 Beware the OffendatronsPilot Locked Out of Cockpit