For untold centuries, mankind has experimented with plant and animal life in an effort to produce organisms that might prove beneficial not only for human survival, but just for living well.  Playing around with various grasses, our ancient ancestors produced grains that provided alternative forms of food. The grafting of tissues from one plant to another has helped to create and/or alter trees that produce varieties of fruits that would likely not have come into existence without such human midwifing. 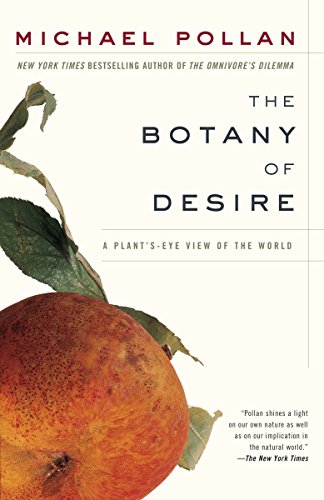 Through trial and error, testing, and other creative processes, hybrid plant and animal forms have been generated to serve our diverse tastes. Cattle, chickens, sheep – along with cats and dogs – have been bred for numerous desired qualities. The quality of wool or mutton drive the breeding of sheep, as the breeding of dogs has for qualities that allow them to protect sheep from their natural predators. Variations in the shapes and colors of roses and tulips have served primarily aesthetic preferences while, in doing so, provided Holland with a robust economic base. That this interplay between humans and other life-forms has created symbiotic relationships beneficial to both, has been well-developed in Michael Pollan’s delightful book, The Botany of Desire.

It is when human beings seek to promote their purposes by forcibly transforming other humans, that mankind heads down the path to its own extinction. Such is the role played by institutions – abstract systems that insinuate themselves into our species, generating conflicts between and among various categories of people. Having learned how to manipulate other life forms to serve the interests of humans, institutions have substituted themselves for people as ends in themselves, thus making individuals subservient to the organizational collective.

Until recently, the established order has had to rely on formalized practices to condition minds into accepting their submissive role in the institutional hierarchy. The forced-feeding of geese and ducks in order to produce the elite’s luxury food, foie gras, has long been recapitulated in most schools and the mainstream media. But now taking a lesson from the history of the breeding of plants and animals, the state has undertaken the Human Genome Project, in order to identify and locate the myriad genes – be they beneficial or detrimental – that make up individual human beings.

Eugenics has long been popular among men and women who see in such practices the means for forcibly improving the production of people whose skills and other attributes would be most serviceable to their collectivist dispositions. At least as early as Plato, the idea has persisted that the state should decide, on the basis of the opinions of government officials, who should and should not have children. The evils of the Third Reich went beyond Hitler’s atrocities against Jews, but embraced the notion that genetic research should be encouraged, and its results implemented by the state, to improve the quality of human society. In America, Margaret Sanger became the most vocal advocate of sterilization, giving the state the power to decide who was “fit” or “unfit” to reproduce children.

More recently, the Human Genome Project has undertaken the task of identifying the genetic makeup of the human species. While, on the surface, such research is sold to the public as a tool for helping to select blue-eyed versus brown-eyed children; or – as an end that would serve the interests of Big-Pharma – discovering genetic dispositions for various diseases, its attraction for the institutional order is more akin to the cattle rancher’s preferences for modifying his product for the market. But it is the hidden agendas – and the unforeseen implications – of such applied research that should trouble us.

The institutional order has always benefitted from the presence of men and women whose range of thought and behavior can be restrained within boundaries that serve systemic interests. Might corporate-state interests find it useful to their purposes to discourage such traits as independence and resistance to authority in much the same way that modern schools war against students with “attention-deficit disorder”? Could “genetic engineering” become accepted as an alternative to such drugs as Ritalin? 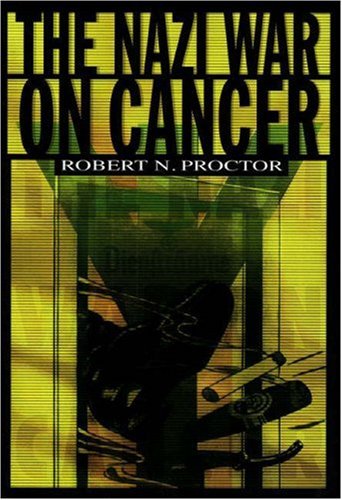 There are other eugenicist-inspired attacks upon human characteristics that are inconvenient to some.  The U.S. Supreme Court, for instance, long ago upheld state laws for the forced sterilization of the “feeble-minded,” persons “unfit for continuing their kind”, a practice also followed by Nazi Germany. Those who might support government campaigns against genetic predispositions for cancer, might pause to consider that the Third Reich looked upon Jews as a “cancer” upon Germany, a fact documented in Robert Proctor’s book, The Nazi War on Cancer.

Genuine diversity, spontaneity, variation, and individual autonomy, upset the formal organization’s desire for uniformity and standardization. But, as historians have told us, it is the structuring and restraining of the systems of creativity and production – in the name of the stabilization and equilibrium conditions desired by institutional interests – that contributes most to the collapse of civilizations. Life and growth are characterized by change, not by enforcing uniform and standardized practices upon the living. When students of evolution tell us to “cherish your mutations,” they are reminding us of how the creative process depends more upon inconstancy than regularity. If, in 1900, Congress had enacted legislation to standardize the nature and design of systems used for human transportation, such regulations may have served the short-term interests of carriage manufacturers who might have been looked upon as “too big to fail.” This action, however,  would likely have hindered the development of the automobile and airplane.

To bring the point back to the irregularities and unpredictabilities associated with the development of individual human beings, how might the advocates of eugenics responded to a fifteen-year

old boy who clashed with school officials when he opposed such teaching styles as rote learning? Ought he to have been forcibly treated for “attention deficit disorder” or, worse, been sterilized as “unfit for continuing his kind?” And what of another boy who, in later reflection on his experiences with schools, commented that their efforts to impose their authority upon him “came close to really beating any curiosity out of me.” Would some form of genetic engineering have been appropriate to instill institutionalized discipline upon his descendants? Would your initial response as to these two individuals change if I were to inform you that the first boy was Albert Einstein, while the second was Steve Jobs?  Whether we are considering those who wish to remake individuals in order to benefit society, or to direct society itself, might we reflect on Leo Tolstoy’s admonition: “What an immense mass of evil must result . . . from allowing men to assume the right of anticipating what may happen.”

Institutions thrive on the conflicts they induce us to believe we have with one another. Such contrived squabbles generate fears among people who might otherwise have no reason to distrust their neighbors. They demand security, which turns out to consist of little more than preserving the conditions that are most conducive to the interests of the ruling institutions. Those who equate security with permanency would do well to remember that life thrives on adaptability and change; that the only genuine security is to be a changing person in a changing world.

The institutional order sees most human beings as little more than resources to be exploited on its behalf. If people can be trained – or bred – to perform tasks useful to organizational purposes while, at the same time, avoiding traits that might be disruptive of such ends, the appropriate techniques will be developed. The corporate-state establishment will need men and women who can think analytically, as long as they are dissuaded from thinking outside the circle of permitted inquiry. As we are witnessing with the current campaign against the Internet, the established order will insist upon being “gatekeepers” regarding what individuals may communicate to one another; of being the keepers of the questions humans may ask. Those who regard others as serviceable resources whose physical and mental energies are to be constrained on behalf of exalted structures, may recall the brutal methods used to prevent slaves from leaving the plantation, as well as the crime of teaching slaves to read.

That such an assessment is more than just exaggerated hyperbole is found in the U.S. Army’s slogan to “Be All You Can Be” to young men and women being asked to join military forces to kill and be killed in foreign lands. Having unquestioning obedience and loyalty to the authority of a system to which one has accepted a subservient role is essential to the health of the state. It is in this sense that the corporate-state requires, and feeds upon, what can best be referred to as “zombies.” This is the “Brave New World” envisioned by the institutionalists; to create a mass of animated – but otherwise lifeless – brain-dead humanoids to be mobilized for purposes that do not benefit the conscripts.

Until the eugenicists can provide the science and genetic engineering to fulfill the institutional longing for a permanent class of zombies, such efforts will continue to be made by the government schools and the mainstream media. Whatever successes they achieve can be seen in flags flying on homes; bumper-stickers on cars that read “my child is an honor student” at a given school, or “proud parent of a Marine”; or the election-day wearing of a sticker that reads “I voted.” Those who cling to the illusion that their servitude is designed to benefit humanity should recall The Twilight Zone episode in which the promise “to serve mankind” was finally interpreted as “a cook book.”

Previous article by Butler Shaffer: The State’s War on Life

Can’t a Guy Get a Cup of Coffee in This Town? Of Course, the Fed Did Not Raise Rates