Here is a short pop quiz.

When Israeli Prime Minister Benjamin Netanyahu addressed Congress earlier this month about the parameters of the secret negotiations between the United States and Iran over nuclear weapons and economic sanctions, how did he know what the negotiators were considering? Israel is not a party to those negotiations, yet the prime minister presented them in detail.

When Hillary Clinton learned that a committee of the U.S. House of Representatives had subpoenaed her emails as secretary of state and she promptly destroyed half of them — about 33,000 — how did she know she could get away with it? Destruction of evidence, particularly government records, constitutes the crime of obstruction of justice.

When Gen. Michael Hayden, the director of both the CIA and the NSA in the George W. Bush administration and the architect of the government’s massive suspicionless spying program, was recently publicly challenged to deny that the feds have the ability to turn on your computer, cellphone or mobile device in your home and elsewhere, and use your own devices to spy on you, why did he remain silent? The audience at the venue where he was challenged rationally concluded that his silence was his consent.

And when two judges were recently confronted with transcripts of conversations between known drug dealers — transcripts obtained without search warrants — and they asked the police who obtained them to explain their sources, how is it that the cops could refuse to answer? The government has the same obligation to tell the truth in a courtroom as any litigant, and in a criminal case, the government must establish that its acquisition of all of its evidence was lawful.

The common themes here are government spying and lawlessness. We now know that the Israelis spied on Secretary of State John Kerry, and so Netanyahu knew of what he spoke. We know that the Clintons believe there is a set of laws for them and another for the rest of us, and so Mrs. Clinton could credibly believe that her deception and destruction would go unpunished.

We know that the NSA can listen to all we say if we are near enough to a device it can turn on. (Quick: How close are you as you read this to an electronic device that the NSA can access and use as 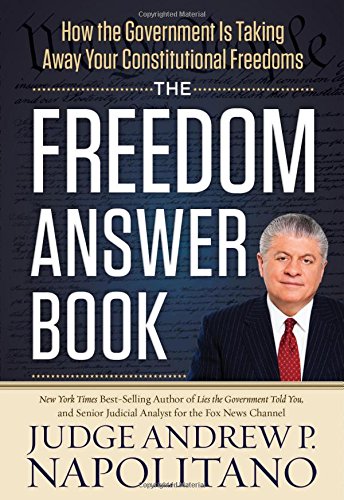 a listening device?) And we also know that the feds gave secret roadside listening devices to about 50 local police departments, which acquired them generally without the public consent of elected officials in return for oaths not to reveal the source of the hardware. It came from the secret budget of the CIA, which is prohibited by law from spying in the U.S.

What’s going on here is government’s fixation on spying and lying. Think about it: The Israeli Mossad was spying on Kerry while the CIA was spying on the Mossad. Hillary Clinton thought she could destroy her emails just because she is Hillary Clinton, yet she forgot that the administration of which she was an integral part dispatched the NSA to spy on everyone, including her. And though it might not voluntarily release the emails she thought she destroyed, the NSA surely has them. The police have no hesitation about engaging in the same warrantless surveillance as the feds. And when Hayden revealed a cat-like smile on his face when challenged about the feds in our bedrooms, and the 10,000 folks in the audience did not reveal outrage, you know that government spying is so endemic today that it is almost the new normal.

Yet, government spying is not normal to the Constitution. Its essence — government fishing nets, the indiscriminate deployment of government resources to see what they can bring in, government interference with personal privacy without suspicion or probable cause — was rejected by the Framers and remains expressly rejected by the Fourth Amendment today.

For our liberty to survive in this fearful post-9/11 world, the government’s lawless behavior must be rejected not just by the words of dead people, but by the deeds of we the living. When the president violates the Constitution and the Congress and courts do nothing to stop him, we have effectively amended the Constitution with a wink and a nod — by consent, if you will. Its guarantees of liberty are only guarantees if the people in whose hands we repose it for safekeeping honor them as guarantees and believe and behave as such because the Constitution means what it says.

Where is the outrage? If you knew the feds were virtually present in your bedroom or your automobile, and your representatives in Congress did nothing about it, would you buy the nonsense that you should have nothing to hide? Would you send those weaklings back to Congress? Or would you say to a lawless government, as the Founders did to the British, “Thou shalt not enter here”? Does the Constitution mean what it says in bad times as well as in good times?

These are not academic questions. They address the most important issue of our day. For nothing will destroy our personal liberties more effectively than the government refusing to honor them and Americans sheepishly accepting that. And without freedom, what are we?

Pilot Locked Out of CockpitYour Money, Your Life