During my years at Newsweek in the late 1980s, when I would propose correcting some misguided conventional wisdom, I’d often be told, “let’s leave that one for the historians,” with the magazine not wanting to challenge an erroneous storyline that all the important people “knew” to be true. And if false narratives only affected the past, one might argue my editors had a point. There’s always a lot of current news to cover.

But most false narratives are not really about the past; they are about how the public perceives the present and addresses the future. And it should fall to journalists to do their best to explain this background information even if it embarrasses powerful people and institutions, including the news organizations themselves.

Yet, rather than take on that difficult task, most major news outlets prefer to embroider onto their existing tapestry of misinformation, fitting today’s reporting onto the misshapen fabric of yesterday’s. They rarely start from scratch and admit the earlier work was wrong.

So, how does the mainstream U.S. news media explain the Ukraine crisis after essentially falsifying the historical record for the past year? Well, if you’re the New York Times, you keep on spinning the old storyline, albeit with a few adjustments.

For instance, on Sunday, the Times published a lengthy article that sought to sustain the West’s insistence that the coup overthrowing elected President Viktor Yanukovych wasn’t really a coup – just the crumbling of his government in the face of paramilitary violence from the street with rumors of worse violence to come – though that may sound to you pretty much like a coup. Still, the Times does make some modifications to Yanukovych’s image.

In the article, Yanukovych is recast from a brutal autocrat willfully having his police slaughter peaceful protesters into a frightened loser whose hand was “shaking” as he signed a Feb. 21 agreement with European diplomats, agreeing to reduce his powers and hold early elections, a deal that was cast aside on Feb. 22 when armed neo-Nazi militias overran presidential and parliamentary offices.

One might wonder what the New York Times thinks a coup looks like. Indeed, the Ukrainian coup had many of the same earmarks as such classics as the CIA-engineered regime changes in Iran in 1953 and in Guatemala in 1954. 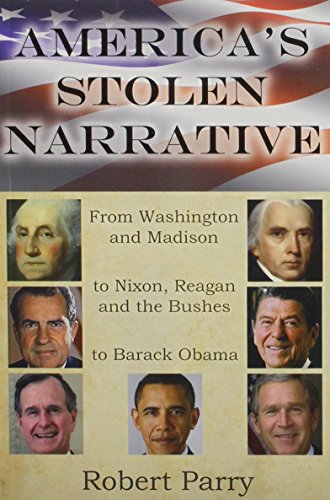 The way those coups played out is now historically well known. Secret U.S. government operatives planted nasty propaganda about the targeted leader, stirred up political and economic chaos, conspired with rival political leaders, spread rumors of worse violence to come and then – as political institutions collapsed – chased away the duly elected leader before welcoming the new “legitimate” order.

In Iran, that meant reinstalling the autocratic Shah who then ruled with a heavy hand for the next quarter century; in Guatemala, the coup led to more than three decades of brutal military regimes and the killing of some 200,000 Guatemalans.

Coups don’t have to involve army tanks occupying the public squares, although that is an alternative model which follows many of the same initial steps except that the military is brought in at the end. The military coup was a common approach especially in Latin America in the 1960s and 1970s.

But the preferred method in more recent years has been the “color revolution,” which operates behind the façade of a “peaceful” popular uprising and international pressure on the targeted leader to show restraint until it’s

too late to stop the coup. Despite the restraint, the leader is still accused of gross human rights violations, all the better to justify his removal.

Later, the ousted leader may get an image makeover; instead of a cruel bully, he is ridiculed for not showing sufficient resolve and letting his base of support melt away, as happened with Mohammad Mossadegh in Iran and Jacobo Arbenz in Guatemala.

The reality of what happened in Ukraine was never hard to figure out. George Friedman, the founder of the global intelligence firm Stratfor, called the overthrow of Yanukovych “the most blatant coup in history.” It’s just that the major U.S. news organizations were either complicit in the events or incompetent in describing them to the American people. 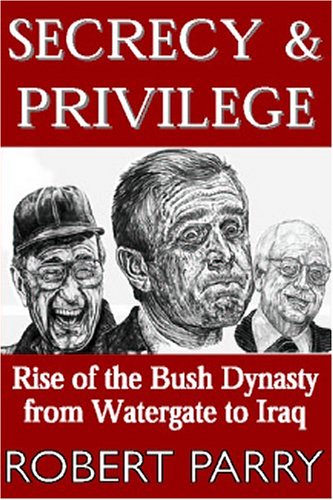 On Sept. 26, 2013, National Endowment for Democracy President Carl Gershman, who has become a major neocon paymaster, took to the op-ed page of the neocon Washington Post and called Ukraine “the biggest prize” and an important interim step toward toppling Russian President Vladimir Putin.

At the time, Gershman, whose NED is funded by the U.S. Congress to the tune of about $100 million a year, was financing scores of projects inside Ukraine – training activists, paying for journalists and organizing business groups.

As for that even bigger prize – Putin – Gershman wrote: “Ukraine’s choice to join Europe will accelerate the demise of the ideology of Russian imperialism that Putin represents.  … Russians, too, face a choice, and Putin may find himself on the losing end not just in the near abroad but within Russia itself.”

At that time, in early fall 2013, Ukraine’s President Yanukovych was exploring the idea of reaching out to Europe with an association agreement. But he got cold feet in November 2013 when economic experts in Kiev advised him that the Ukrainian economy would suffer a $160 billion hit if it separated from Russia, its eastern neighbor and major trading partner. There was also the West’s demand that Ukraine accept a harsh austerity plan from the International Monetary Fund.

Yanukovych wanted more time for the EU negotiations, but his decision angered many western Ukrainians who saw their future more attached to Europe than Russia. Tens of thousands of protesters began camping out at Maidan Square in Kiev, with Yanukovych ordering the police to show restraint.

Meanwhile, with Yanukovych shifting back toward Russia, which was offering a more generous $15 billion loan and discounted natural gas, he soon became the target of American neocons and the U.S. media, which portrayed Ukraine’s political unrest as a black-and-white case of a brutal and corrupt Yanukovych opposed by a saintly “pro-democracy” movement.

The Maidan uprising was urged on by American neocons, including Assistant Secretary of State for European Affairs Victoria Nuland, who passed out cookies at the Maidan and told Ukrainian business leaders that the United States had invested $5 billion in their “European aspirations.”

In the weeks before the coup, according to an intercepted phone call, Nuland discussed with U.S. Ambassador Geoffrey Pyatt who should lead the future regime. Nuland said her choice was Arseniy Yatsenyuk. “Yats is the guy,” she told Pyatt as he pondered how to “midwife this thing.”

Sen. John McCain, R-Arizona, also showed up, standing on stage with right-wing extremists from the Svoboda Party and telling the crowd that the United States was with them in their challenge to the Ukrainian government.

As the winter progressed, the protests grew more violent. Neo-Nazi and other extremist elements from Lviv and western Ukrainian cities began arriving in well-organized brigades or “sotins” of 100 trained street fighters. Police were attacked with firebombs and other weapons as the violent protesters began seizing government buildings and unfurling Nazi banners and even a Confederate flag.

Though Yanukovych continued to order his police to show restraint, he was still depicted in the major U.S. news media as a brutal thug who was callously murdering his own people. The chaos reached a climax on Feb. 20 when mysterious snipers opened fire on police and some protesters, killing scores. As police retreated, the militants advanced brandishing firearms and other weapons. The confrontation led to significant loss of life, pushing the death toll to around 80 including more than a dozen police.

U.S. diplomats and the mainstream U.S. press immediately blamed Yanukovych for the sniper attack, though the circumstances remain murky to this day and some investigations have suggested that the lethal sniper fire came from buildings controlled by Right Sektor extremists.

To tamp down the worsening violence, a shaken Yanukovych signed a European-brokered deal on Feb. 21, in which he accepted reduced powers and an early election so he could be voted out of office. He also agreed to requests from Vice President Joe Biden to pull back the police.

The precipitous police withdrawal then opened the path for the neo-Nazis and other street fighters to seize presidential offices and force Yanukovych’s people to flee for their lives. Yanukovych traveled to eastern Ukraine and the new coup regime that took power – and was immediately declared “legitimate” by the U.S. State Department – sought Yanukovych’s arrest for murder. Nuland’s favorite, Yatsenyuk, became the new prime minister.

Why the Boston Bombing Suspect Is SilentWhat Is Time?