Expressing his views on Pravda radio. Saying “things and information of a unique character…threaten us all very much.”

Economically bankrupt. With no legitimacy whatever. Dependent on outside support for survival. America’s newest colony.

“Why did the Ukrainian crisis happen,” Delyagin asked? “What is the fundamental reason? Why did the Americans get into it so deep(ly)?”

Because Washington, China and the EU are the “three (major) global players,” says Delyagin. Destroying “EU cooperation with Russia eliminates it as an independent participant in global competition, which is what we see now.”

Russia had nothing to do with it. Nor Donbas freedom fighters. Ukrainian Sukhoi-25 warplane cannon fire was responsible.

Then “a tactical nuclear warhead explodes in the zone of the offensive of the Ukrainian army.”

Russia is blamed. Unjustifiably. Perhaps to no avail. America alone ever used nuclear weapons. Doing it again “is not so difficult,” said Delyagin.

The scheme goes like this, said Delyagin. Unable to blame Russia for MH17, “we will explain to everyone that the damned Russian barbarians had used nuclear weapons against the defenseless Ukrainian army.” 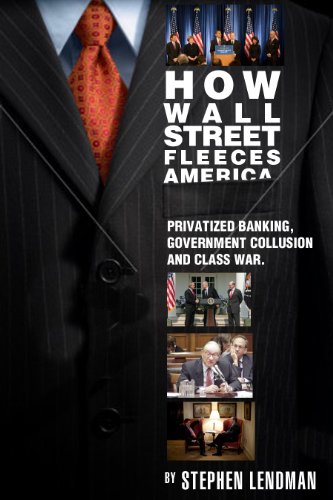 Putin gets blamed. No one in Russia “can deploy a tactical nuclear weapon without the direct order from the Supreme Commander.”

Given the infinite cynicism of our American, as many say, “colleagues.” Nothing too outrageous is beyond their scheming.

Even detonating a nuclear device. False flag criminality blaming Russia. 9/11 on steroids. Too grave to ignore.

With no evidence to photograph for forensic examination. Unlike MH17. “(T)o prove it’s not us.”

Attempts so far to blame Russia for Ukrainian crisis conditions failed. Evidence, or lack of it, debunked Western claims.

Whether he’s right or wrong about a nuclear false flag remains to be seen. Lunatics in Washington make anything possible.

It remains to be seen. Not for long if Delyagin’s before Christmas scenario proves right.

Resolving nothing. Washington entirely to blame for Ukrainian and most other world conflict conditions.

“When discussing bilateral relations Lavrov stressed that their development is possible only on the basis of equality and mutual interests, while any attempts to pressure Russia have no prospect,”

“In the context of the situation in southeastern Ukraine, the consistent implementation of the Minsk agreements is paramount, as well as the convening of a contact group for this purpose as early as possible.”

Current conditions reflect the calm before the storm. Whether by nuclear false flag deception, another US/Kiev provocation, or other pretext remains to be seen.

“They can call it any name they want,” said Gorbachev. “(I)t’s not easy for them. (W)ith the society they have.”

“Whenever tensions are high, whenever there’s instability in a certain country or throughout the region, it’s an opportunity for (Washington) to intervene,” said Gorbachev.

“I am quite familiar with this policy from my own experience,” he explained. It’s up to Europe to prevent a new Cold War, he believes.

One potentially much more dangerous. Deescalation is vital. When things risk spinning out of control. Sparking more serious confrontation.

Washington needs enemies, said Gorbachev. To exert “pressure. They can’t live without it. They are still enslaved by their old policy.”

Ukraine is America’s pretext for whatever follows. For its anything goes policy.

For sparking East/West confrontation. What no responsible government would permit. What Washington prioritizes.

Furthering its hegemonic aims. It bears repeating. Madness by any standard.

Previous article by Stephen Lendman: The US Is a Rogue State