To End the War on Drugs

It was a hundred years ago this month that Congress enacted the Harrison Narcotics Act to make the importation, manufacturing, sale, and distribution of cocaine and opiates illegal without being registered with the Bureau of Internal Revenue, recording each transaction, and paying an annual tax and licensing fee. This was the federal government’s first major salvo in the war on drugs.

Dean Becker has just launched his own salvo, but in the opposite direction. He is a man on a mission—a mission to end the drug war. His new book, To End the War on Drugs, will tell you why Bush drug czar John Walters refused not only to consent to an interview, but to even talk to the author. 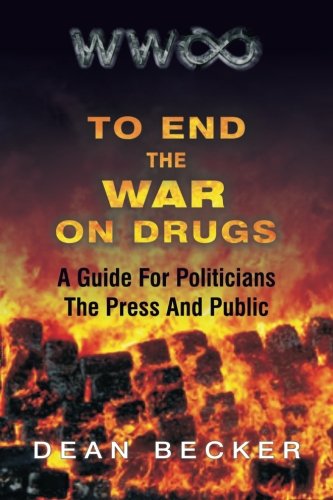 To End the War on Drugs will tell you a lot of things by a lot of people. This is because of its unique interview format. But before getting into that, first a word or two about Dean Becker and what he thinks about the government’s war on drugs.

Becker, an Air Force veteran who became a reporter after he retired from industry, discovered DrugLibrary.org back in 1997. With this discovery, he found his true calling: to end the drug war. He founded the Drug Truth Network and began broadcasting his message on the radio. He has since expanded into television with “Unvarnished Truth,” a weekly, one-hour program. Becker also speaks on behalf of Law Enforcement Against Prohibition (LEAP) since he was a police officer in the service.

And how does Becker feel about the drug war?

The Drug War is a pipe dream of men who died long ago. It has become a quasi-religion, a belief system that attracted many adherents within law enforcement and the criminal justice system to speak from

ignorance or bigotry in steadfast support of primitive screeds, platitudes, and irrational tradition.

Given the overwhelming evidence, there is no other explanation other than the drug war is a sham, scam, film-flam, hoax of Biblical proportion. Forces at every level of government in the US and nearly so worldwide are in league for profits and power derived from the continuance of the war on drugs. The horrors we inflict on ourselves via this policy are enormous, outrageous and obvious as hell.

The Drug War is vacuous, hollow, and a horrendous mistake.

We have been force fed 100 years of clap trap, balderdash, poppycock and absolute horseshit presented as science, commonsense and reality.

Nearly all the harms ascribed to drugs are the result of drug prohibition.

The drug war is a type of mass hysteria that has led us to a decade-long wave of mass psychosis that benefits millions of profiteers and allays the fear and social bigotry of the masses.

Science has been corrupted for the last hundred years in the name of the drug war. Medical practitioners have been corrupted as well and are now suffering for their cowardice as more pain doctors are locked up and their careers destroyed. Law enforcement has been corrupted, our legal system become a hell hole. Customs and border agents are bribed on a daily basis; prisons are filled to overflowing. The US is now the world’s leading jailer.

Becker believes that the “Schedule I designation for cannabis is “arbitrary and capricious,” and “the same can be said for nearly all supposedly ‘Controlled Substances.’” Cannabis is a “much safer intoxicant than other drugs,” and is especially safer than what Becker considers “to be the most dangerous drug of all, alcohol.” Although the drug war is “as an unconstitutional affront to our dignity and our rights as free people,” the Supreme Court “claims a drug war exception to the US Constitution.” With the passage of the Harrison Narcotics Act in 1914, the Marijuana Tax Act in 1937, and the Controlled Substances Act in 1970, “our nation chose to become one of control and domination over the habits of our fellow man. We now dictate this policy to the whole world.”

Becker doesn’t think too highly of those who support the drug war:

Those who support this drug war, whether by outright complicity, superstition or ignorance are the best friends the drug lords could ever hope for.

Drug prohibition is a betrayal of morality, science, medicine and common sense. Those who stand for the drug war must be brought to justice.

He laments that “one of the saddest, most amazing facts buried in this drug war is that conscious, intelligent, educated, working, paycheck-earning, government and corporate scientists, and millions of educated and respected doctors, know the full truth of this matter and yet keep their mouths shut.” He sees decriminalization as “a means for prosecutors and law enforcement to continue blustering from their bully pulpit, corrupting the courts and contaminating the community with their knowing lies and terroristic machinations.” Yet, given the current situation, Becker reluctantly supports “the incremental drug law changes being promoted, because so few have the courage to say what needs to be said: The drug laws are a scam, a festering collection of lies, innuendo, and fear.”

Becker’s opinions on drug warriors and the drug war, which I share, are reinforced throughout the interviews he conducted on the drug war that he prints in To End the War on Drugs. Organized under 12 headings are the transcripts of interviews with 117 current and former judges, journalists, lawyers, politicians, celebrities, cops, physicians, psychologists, educators, ministers, and advocates and specialists in various fields. Each section has a brief but insightful introduction by the author. Conservative drug warriors cannot simply dismiss everyone interviewed as a liberal or a pothead. 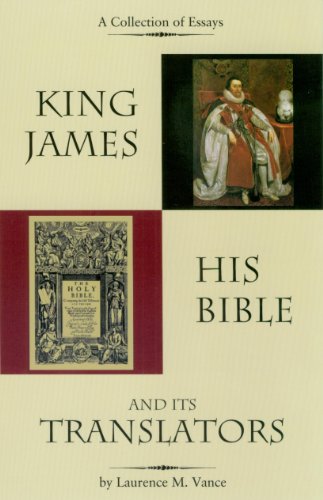 Becker tried for more than a decade to get interviews with “the ongoing series of directors of the Drug Enforcement Administration and the Office of National Drug Control Policy, to absolutely no avail.” He believes that the transcripts he is publishing “will someday prove beneficial to future generations, so they will dare not walk down this same path of hopelessness, violence, addiction, criminality, disease, and death.”

He concludes: “After investing more than 30,000 hours into this subject and interviewing a thousand experts, I know without any doubt whatsoever that there is absolutely no basis for this drug war to exist.”

Becker dedicates his book “to all those whose lives have been diminished or destroyed by the ignorance, cowardice, greed and lies of the drug war addicts.” The book “is not just an indictment of cops and prosecutors but also an indictment of the media, religious leaders, scientists, and medical doctors who have chosen to ‘first do harm’ to those they supposedly are to protect.”

Becker believes that his book “is written for every inhabitant of Planet Earth but most importantly for the President of the United States, all elected officials, and every prosecutor and law enforcement official.” I, the author of The War on Drugs Is a War on Freedom, wholeheartedly agree and highly recommend the book. The wealth of information contained in Becker’s interviews is priceless.

Previous article by Laurence M. Vance: A Shame, an Embarrassment, a Disgrace