Excerpted with permission from LBJ: From Mastermind to “The Colossus”

Jack Valenti’s presence in Hollywood might have been behind one of the more mysterious “real-life” dramas  played out there in the late 1960s, which was indirectly tied to two murders back in Texas that soon followed.  It all started in 1968, when a news item appeared in two national magazines announcing that Lyndon Johnson had a “double,” a man who was known to have “stood-in” for Johnson on a number of occasions when Johnson wanted his presence known to have “existed,” even though he needed to be someplace else at that point in time. .   Lyndon’s cousin, J. Bert Peck, had a close resemblance to Johnson, and a voice that sounded like him.

According to Billie Sol Estes, Johnson had Peck “stand in” for him the evening of November 21, 1963, so he could go to the Murchison party and give the final go-ahead nod for the assassination, secure in the knowledge that Peck would only make a brief appearance to throw off reporters as to his whereabouts. The reports that Johnson was seen that evening  at the hotel in Ft. Worth in the main dining room and lobby could be explained by this device, considering that there were no indications that he spoke to any group or even to anyone in particular that evening.  (One longtime researcher who wishes to remain anonymous and who knew Johnson’s lover Madeleine Brown said that Ms. Brown believed that Johnson had Captain James Swindal, who flew Air Force One, fly him in a small airplane to the smaller Addison Airport, which was only a mile or two from Murchison’s mansion on Preston Road in north Dallas. 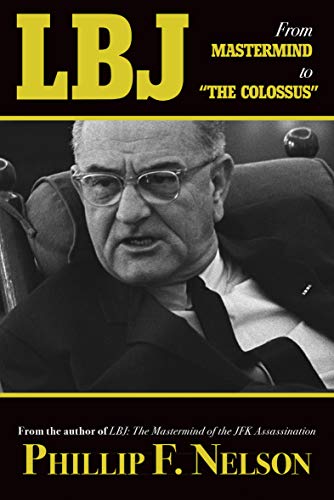 Other researchers are convinced that Johnson had his Secret Service agent, the sycophantic Rufus Youngblood, drive him to the Murchison home at Clint’s insistence, which would explain Johnson’s surly attitude upon his arrival there, as described by Madeleine Brown).

The following article, which validates the point about J. Bert Peck’s known role as an “LBJ Stand-in,” appeared in the People section of Time magazine, in the edition dated August 2, 1968,.(a similar article appeared in Newsweek three days later):

Dean Martin and Elke Sommer have locked up star billing in House of Seven Joys,[1] Columbia’s new Matt Helm thriller. Yet one supporting role is sure to set the audience buzzing. That’s when . . .an aide informs the President that thieves have made off with $1 billion in gold bullion. And there’s old L.B.J. listening to the bad news. . . . To play the President, Central Casting tapped J. B. Peck, 66, L.B.J.’s look-alike first cousin.

In August, 1968, before the movie was released, this was a big enough scoop to cause Time and Newsweek to print the story and Lyndon Johnson assuredly would have seen these articles immediately thereafter, if not before.  Based upon his usual conduct, it is probably safe to assume that he went “ballistic” with rage at this point about this piece of news becoming public knowledge. The death of Mr. Peck a few months later was clearly not a random coincidence. It  was far more likely that, considering the person who was visiting him just as he decided to “shoot himself,” his death was probably the end result of the same rage. In fact, Billie Sol Estes stated that Johnson had become paranoid about Peck’s ability to keep quiet as a result of this publicity, and that was what caused him to order his murder.  There had been two scenes in that movie in which J. B. Peck appeared, one taken from the back and right side as he, playing LBJ, was told about some stolen gold bullion; the second scene showed him dancing with Elke Sommer. The fact that these scenes were originally in the movie, as noted by the news articles above, but deleted at some later point, suggests that someone did not want the fact that Johnson had a “double” to become widely known to the public, at least in such a record that might become

permanent, like a movie.  All of which begs the questions, “Who would have had the power to delete that footage, and change the movie description to delete all references to the “presidential” scenes and change the credits to list only “J. B. Pick” (instead of “Peck”) and instead of listing his character name (LBJ) it is only listed as “uncredited.”   One must carefully ponder this question and consider the implications, as part of this exercise in deductive reasoning: “Is it possible that LBJ picked up the telephone and called Jack Valenti one day in August, 1968, and asked (or, more likely, ordered) him to have those changes made to the movie? If not, how then did these obviously telling yet otherwise innocuous set of changes get made, and by whose order?”

The questions raised by someone in Hollywood making those changes to the movie that Time and Newsweek had announced in August, and was originally shown in movie theaters on December 31, 1968, (only four months later, which is rather late in the cycle of normal production for any significant editing) were nothing compared to the questions raised by the unfortunate demise of Jay Bert Peck shortly after all that publicity.  Indeed, it is very likely that publicity about J.B. Peck’s long-time role in “standing-in” for Johnson was considered by Johnson to be frightfully embarrassing to him. Considering Johnson’s past, and the number of other “suicides” and 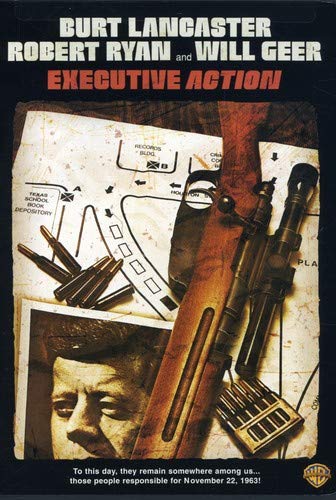 mysterious deaths that occurred later, during 1971, Johnson’s embarrassment was most likely the proximate cause of Peck’s death. He was found shot on the evening of Friday, July 4, 1969, and died the next day. According to his obituary in the Garland Texas News on Sunday, July 6, 1969, he had achieved considerable fame, having appeared on the Johnny Carson television show as well as the movie referenced above.  That appearance on the Johnny Carson show was also “cleansed,” apparently by Jack Valenti at the same time as the other changes noted; neither Peck nor Pick is listed among the hundreds of other guests tabulated by the show’s staff of all the guests who ever appeared on the show.  Perhaps it was his appearance on Carson’s television show, something that would have incensed the former president, that was the “final straw.”

According to Billie Sol Estes, John M. Liggett, a murderous mortician who will shortly be examined further,  was ordered to kill Jay Bert Peck and tell Peck’s wife that he had killed himself.[i] Based upon facts to be revealed in the next section, on Liggett’s documented attempt a few years later to kill Peck’s wife Dorothy, it is reasonable to infer that he had threatened her to go along with the “suicide” story, thereby forcing her to cooperate.  There was scarcely any other news about Jay Bert Peck’s murder, except for his obituary two days later.  The abbreviated news coverage on the death of Mr. Peck resulted in yet another unresolved anomaly:  Although he was found by his wife Dorothy shortly after the gunshot, when she ran into the bedroom to find him lying in bed with a bullet wound in the head, there was no indication in any report of a gun ever being found at the scene.

[1] The name of the movie was changed from House of Seven Joys (which had been the “working title”) to The Wrecking Crew.

The Mass Slaughter of WWIThe Feds Role in the OKC Bombing