Are Americans Ignorant or Victims of Yellow Journalism?

Reuters has published the result of what is being touted as the Ignorance Index. The one question as an example: “Guess how many U.S. girls aged 15-19 give birth each year. Go ahead, guess. If you calculated the number at 3 percent you’re correct; if you guessed 24 percent, you’re American.”

I rarely watch TV. If I do, it tends to be national news – never local news who seem to think a burning house is news or some guy shot his wife in a domestic dispute. I was at dinner and the TV was on. I could not believe the TV advertisements for the elections. They are all NEGATIVE calling the other a liar or misrepresenting the facts on everything. One said the candidate cut the number of police, made the streets more dangerous and then shows a picture of ISIS and then said she’d raise taxes. Then the very next advertisement flips and calls the other a liar for something or another. There was ZERO advertisement about anything other than vote for me because I lie less than the other liar.[amazon asin=0974925381&template=*lrc ad (right)]

It seems that the Ignorant Index may be more tied to the bias and lack of integrity of the media. They focus on sensationalism to gain readership and in the process focus of one thing and create false images in the minds of the average person.

A classic issue is immigration and Muslims. Americans, according to the Ignorant Index,“significantly miss the mark on the proportion of the population that is comprised of immigrants, guessing 32 percent against the true number of 13 percent. Americans also overestimate the number of Muslims in the population, 15 percent versus only 1 percent in reality, and underestimate the number of Christians, 56 percent to 78 percent. ” 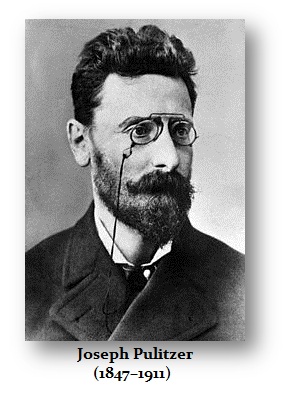 It seems as if the problem is not that Americans are ignorant, they are being fed nonsense by the media to sell newspaper and TV advertising. We have fallen into a cycle of Yellow Journalism that was begun by Pulitzer. It was Pulitzer who created the Spanish-American War by making up shit to sell newspapers. The famous Pulitzer Prize given by Columbia University is named after the father of Yellow Journalism – go figure![amazon asin=1583225366&template=*lrc ad (right)]

One good place to start is OUTLAW negative advertising. COMPEL political candidates to state what they stand for rather than calling their opponent a liar. Then if they do not vote for what they profess and knuckle under to party rule, that should be FRAUD and time for a vacation in the “Big House” (Penitentiary named after a place you were supposed to be silent and do penance). We seem to elect people for no reason and then wonder why nothing changes. Obama’s vote for me for real change has been a joke – he kept the same people Bush had in place. This is why polls place politicians at 7% trust factors. The days of Jimmy Carter, Ronald Reagan, and Maggie Thatcher who at least stood for what they believed in regardless of what people thought, are over. They were at least ethical regardless of if you agreed or disagreed with what they stood for in those days.

At what point does revolution take place? It does not appear to be a percentage in our review of history, but the economic trend. In other words, turn the economy down and the percent of discontent rises exponentially. So beware – not ghosts and goblins, but politicians 2015.75-2020. So perhaps Americans will wise up only when the economy turns down and the Internet provides a greater proportion of real news compared to mainstream media. Indeed, the younger generation under 40 rely on the internet and those who subscribe to newspapers or watch the TV news are diminishing rapidly. This in itself will be a dynamic shift that restores freedom of the press and only then perhaps we will see Americans rise in the Ignorance Index.