Since Lyndon Johnson got 61.1% of the popular vote in the 1964 election, compared to Barry Goldwater’s 38.5%, and the electoral count was 486 to 52 in favor of LBJ, you may wonder how I can describe that as “Goldwater’s great victory.”

And yes, GDP has grown 25 times larger in that time period, from $685.8 billion to $17,416 billion.  But as we will see, that cannot explain the even bigger growth of government spending.  (And remember, the primary domestic goal of the Conservative Movement was to reduce the size of the government.)

The growth of the federal government is consistently overwhelming, no matter where you look—pensions, health care, education, “defense,” welfare, protection, transportation, or interest.  And with that increase in the size of spending has come an even more ominous rise in government control of our lives.  Can anyone give an example where we are more free today than we were in 1964?  I cannot.

I was in the advance ranks of the Goldwater movement.  In 1959, I was one of the founders of Youth for Goldwater for Vice President—the first national organization seeking a spot for him on the GOP ticket (we were “practical politicians” and knew Nixon had the presidential nomination in the bag).  In 1960, I was one of the kids demonstrating for him on the floor of the Republican convention in Chicago.  At the 1964 convention at the Cow Palace in San Francisco, I ran the office boosting Rep. William E. Miller to be Barry’s running mate (hey, I needed the money; I didn’t even know who Miller was when I was offered the job).  And as the convention progressed, I was in the stands booing Rockefeller and cheering Goldwater when he proclaimed that “extremism in the defense of liberty is no vice” and “moderation in the pursuit of justice is no virtue.”  Then, in the campaign that followed, I was Communications Director of New York State Citizens for Goldwater-Miller.

I have no regrets about that.  Well, almost none.

Barry Goldwater was an exceptional politician because of how unpolitical he could be.  No handlers could keep him from saying what he wanted to say and really meant.  His honesty and frankness differentiated him from every other politician in the land, and that was a key reason why we Goldwaterites adored him.  The other key reason was his unapologetic philosophy of government, as seen in this statement from Conscience of a Conservative (1960):

Barry Goldwater was also ahead of his times on issues that would gain in prominence years later.  For example, money in politics.  There was a time when conservatives at least believed in transparency in campaign contributions. Today they revel in getting more hidden money than the liberals and Democrats.  Goldwater took this a step in a different direction, to a matter of Jeffersonian principle, in Conscience of a Conservative:

For a final example, guess who said this in With No Apologies (1979)—and, no, it was not Ron Paul:

With statements like these, why are my memories of the 1964 campaign and Barry Goldwater “bittersweet”?  Because I have the benefit of hindsight.  Fifty years later, I can apply the biblical injunction, “by their fruits yet shall know them,” and the results are not pretty.

I do not question the sincerity of any of us who worked for Goldwater in 1964; it is rather that our crystal ball was clouded by youthful optimism about what could be accomplished by politics—and the true nature of the world we were living in.

First, there was our (conservative) reliance on working through the Republican Party.  And I cannot offer an alternative, since our insider political system assures that there can be no meaningful alternative to the Democratic and Republican parties, no matter how disgusted the American people are with both of them.  But I hazard the guess that fully half of conservative energy in the past 50 years has been spent in intramural politics, and trying to “take over” the GOP, and it has been a colossal waste of time and energy.  The Republican Party is still ruled by the same people who rule the Democratic Party—Wall Street, the merchants of death (the military-industrial complex), and the Federal Reserve.  And that won’t change a bit if the Republicans take over the Senate this year.  As the saying goes, if you believe your vote counts, I have a bridge to sell you.

Second, there is the utter failure of the Conservative Movement to fulfill its promise to reduce the size and power of the federal government.  The conservatives have 50 years of excuses for this, but I gave you the results in the statistics I provided above.

Third, there is the conservative illusion that we can do away with the big government Welfare State without doing away with the Warfare State.  It’s not just the amount of public and “private” money involved, it’s also the power that war gives to the State.

War harms the cause of liberty, and perpetual war brings liberty to an end.

Conservatives say that the failure on the domestic front was worth it, because with Reagan “we” brought about the dissolution of the Soviet Empire.  That is an unprovable proposition, with excellent alternative explanations, 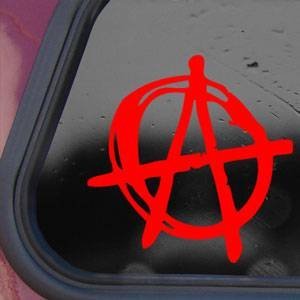 and it ignores the monster created in the process—the even more powerful American Empire, an empire far more dangerous to the American people than any foreign enemy.  It also reveals the deep pessimism that permeated the Conservative Movement from the very beginning—that a free Republic cannot compete with a hopelessly corrupt and antiquated socialist experiment.

I understand why most conservatives cannot change their worldview, no matter how damning the evidence that the Conservative Movement has been a failure.  My compatriots—now the older members of the movement—and I were full of youthful idealism and high hopes.  The 1964 campaign was a domestic version of “war by other means”—in this case, brutal but thankfully relatively short, like World War II.  That was followed by a domestic version of World War I—endless, fruitless trench warfare against perceived enemies domestic and foreign.  Once you get immersed in this sort of emotional trap, it is hard to get out.  It becomes next to impossible to perceive of any history being possible other than the history we have lived through.

When Barry Goldwater died in 1998, I fulfilled the promise to myself to go to his funeral in Arizona, and I still have fond memories of him.  When Bill Buckley died in 2008, I attended his funeral in New York City, and still treasure countless memories of our times together.  He was not only a charismatic person to know, but also one of the most decent and generous persons to illuminate my life.  The third person I’ve vowed to grace with my presence at his passing is Willie Nelson.  Thankfully he is still with us, and I’ve come to the conclusion that he is too pickled to die.  Three fascinating and decent people, but not perfect in their politics.

So it is that as my old friends from the Conservative Movement will be following the election results tonight, still planning to “take over” the Republican Party,  I will join them as an observer with no horse in the race, but with fond—and bittersweet—memories of an election night 50 years ago.

Previous article by David Franke: Which US City Will the Terrorists Target Next?