Danielle Yaor is 19, Israeli, and refusing to take part in the Israeli military. She is one of 150 who have committed themselves, thus far, to this position: We, citizens of the state of Israel, are designated for army service. We appeal to the readers of this letter to set aside what has always been taken for granted and to reconsider the implications of military service.

We, the undersigned, intend to refuse to serve in the army and the main reason for this refusal is our opposition to the military occupation of Palestinian territories. Palestinians in the occupied territories live under Israeli rule though they did not choose to do so, and have no legal recourse to influence this regime or its decision-making processes. This is neither egalitarian nor just. In these territories, human rights are violated, and acts defined under international law as war-crimes are perpetuated on a daily basis. These include assassinations (extrajudicial killings), the construction of settlements on occupied lands, administrative detentions, torture, collective punishment and the unequal allocation of resources such as electricity and water. Any form of military service reinforces this status quo, and, therefore, in accordance with our conscience, we cannot take part in a system that perpetrates the above-mentioned acts.

The problem with the army does not begin or end with the damage it inflicts on Palestinian society. It infiltrates everyday life in Israeli society too: it shapes the educational system, our workforce opportunities, while fostering racism, violence and ethnic, national and gender-based discrimination.

We refuse to aid the military system in promoting and perpetuating male dominance. In our opinion, the army encourages a violent and militaristic masculine ideal whereby ‘might is right’. This ideal is detrimental to everyone, especially those who do not fit it. Furthermore, we oppose the oppressive, discriminatory, and heavily gendered power 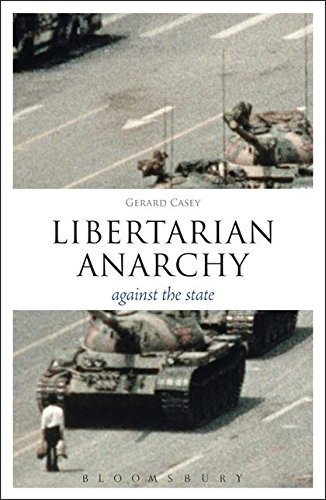 structures within the army itself.

We refuse to forsake our principles as a condition to being accepted in our society. We have thought about our refusal deeply and we stand by our decisions.

We appeal to our peers, to those currently serving in the army and/or reserve duty, and to the Israeli public at large, to reconsider their stance on the occupation, the army, and the role of the military in civil society. We believe in the power and ability of civilians to change reality for the better by creating a more fair and just society. Our refusal expresses this belief.

Only a few of the 150 or so resisters are in prison. Danielle says that going to prison helps to make a statement. In fact, here’s one of her

fellow refuseniks on CNN because he went to prison. But going to prison is essentially optional, Danielle says, because the military (IDF) has to pay 250 Shekels a day ($66, cheap by U.S. standards) to keep someone in prison and has little interest in doing so. Instead, many claim mental illness, says Yaor, with the military well-aware that what they’re really claiming is an unwillingness to be part of the military. The IDF gives men more trouble than women, she says, and mostly uses men in the occupation of Gaza. To go to prison, you need a supportive family, and Danielle says her own family does not support her decision to refuse.

Why refuse something your family and society expect of you? Danielle Yaor says that most Israelis do not know about the suffering of Palestinians. She knows and chooses not to be a part of it. “I have to refuse to take part in the war crimes that my country does,” she says. “Israel has become a very fascist country that doesn’t accept others. Since I was young we’ve been trained to be these masculine soldiers who solve problems by violence. I want to use peace to make the world better.”

Yaor is touring the United States, speaking at events together with a Palestinian. She describes the events thus far as “amazing” and says that people “are very supportive.” Stopping the hatred and violence is “everyone’s responsibility,” she says — “all the people of the world.”

In November she’ll be back in Israel, speaking and demonstrating. With what goal?

One state, not two. “There’s not enough space anymore for two states. There can be one state of Israel-Palestine, based on peace and love and people living together.” How can we get there?

As people become aware of Palestinians’ suffering, says Danielle, they should support BDS (boycotts, divestments, and sanctions). The U.S. government should end its financial support for Israel and its occupation.

Since the latest attacks on Gaza, Israel has moved further to the right, she says, and it has become harder to “encourage youth not to be part of the brainwashing that is part of the education system.” The letter above was published “everywhere possible” and was the first many had ever heard that there was a choice available other than the military.

“We want the occupation to end,” says Danielle Yaor, “so that we can all live an honorable life in which all of our rights will be respected.”