When the CIA first began using its controversial interrogation and detention methods after the September 11th attacks, it reportedly declined to tell the Secretary of State and other American ambassadors about its actions.

The revelation comes from the Senate’s still-unreleased report scrutinizing the United States’ post-9/11 interrogation techniques, and first came to the public’s attention Wednesday when the White House unintentionally emailed a document detailing the findings to an Associated Press reporter.

The report – parts of which could be declassified by the White House in the coming days – also apparently found that some of the ambassadors who were briefed on the CIA’s activity were told not to notify their superiors in the State Department. One congressional official confirmed to the AP that these findings are documented in the Senate’s report, while a former CIA official said then-Secretary of State Colin Powell may not have known about the agency’s techniques when they first started using them.

The White House document noted that the CIA employed slapping, humiliation, sleep-deprivation, exposure to cold temperatures, and waterboarding in its attempts to interrogate suspects. The document does not go as far as saying the methods are legally considered torture, but it does reportedly say the Senate report categorizes the techniques as “torture by a common definition.”

According to the AP, the White House document states that the State Department wishes to stand behind the report’s findings and harshly criticize the CIA.

“This report tells a story of which no American is proud,” the document says in a section labeled, “Topline Messages (as proposed by State).”

”But it is also part of another story of which we can be proud. America’s democratic system worked just as it was designed to work in bringing an end to actions inconsistent with our democratic values.”

Additionally, the document features multiple questions that, presumably, the White House is preparing to answer if and when the findings of the Senate report becomes public. They include: 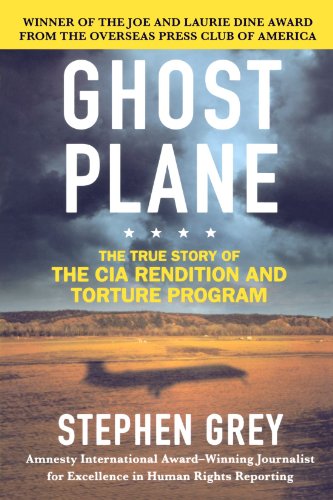 “Until now the (U.S. government) has avoided conceding that the techniques used in the RDI program constituted torture. Now that the report is released is the White House prepared to concede that people were tortured?”

“Doesn’t the report make clear that at least some who authorized or participated in the [CIA interrogation] program committed crimes? Will the Justice Department revisit its decision not to prosecute anyone?”

“Isn’t it clear that the CIA engaged in torture as defined in the Torture Convention?”

According to a Tuesday report from Reuters, the White House may very well declassify the Senate report’s 600-page summary within the next week or so. In addition to its conclusions on the CIA’s methods themselves, the report is believed to state that no significant counter-terror information was gained through the techniques, and that the CIA claimed greater, more beneficial results than the evidence supports.

Previous article by Russia Today: Can a Makeover Save It?

Why I’m Not a ZionistTerrorism and Gaza