A Sad End for Flash Harry?

It was a distinct and unexpected pleasure to see the recent LRC article by Ira Katz extolling the virtues of Sir Harry Flashman, V.C. Distinct because the Flashman Papers, a series of books written by the late George MacDonald Fraser, are a personal favorite. Unexpected because one so seldom sees any reference to this enormously underrated set of historical novels.

Mr. Katz charitably describes the fictional Harry Flashman as an antihero, a true coward, a liar, and an addictive womanizer. This is the short list. One might easily add: blackguard, bounder, poltroon, war deserter, drunk, and brothel-frequenter. But Sir Harry is also a clear-eyed observer of the human condition and all its attendant folly. He is as honest with himself as he is dishonest with others.

For those unfamiliar with the Flashman series, a bit of background. Harry Flashman comes of age in Victorian England; the historical events in the novels take place between roughly 1840 and 1895. Young Harry is expelled 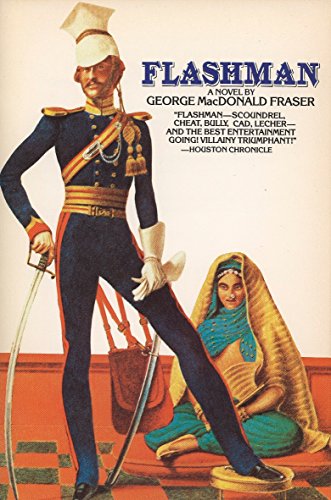 from Rugby at an early age, quite predictably in his parents’ view. Owing to his semi-aristocratic background and quick tongue, he ends up commissioned in the British Army and later the East India Company. Yet by his own admission he has but three prime talents: “for horses, languages, and fornication.”

These talents, however, are sufficient to see him through various campaigns and misadventures across Afghanistan, India, Germany, Canada, America, Crimea, Russia, China, Abyssinia, and Lord’s Cricket Ground in London, just to name a few.

Thus the Flashman books serve not only as the enjoyable, politically incorrect memoirs of the world’s greatest cad, but also as bowdlerization-free historical accounts of famous events set in the context of the Victorian British Empire.  Readers enjoy not only the personal exploits of Flashy (as he affectionately terms himself), but also the stumbling, botched efforts of an empire that can’t leave anyone alone. One quick example: The Charge of the Light Brigade, disastrously led by “Lord Haw Haw” (Lord Cardigan), finds Sir Harry both flatulent and willing to surrender at the first opportunity…

Many Flashman readers over the years surmised that Harry was based on Captain Sir Richard Francis Burton, the legendary British explorer, soldier, linguist, diplomat, and sexual raconteur of the same Victorian era. Fraser discounted this view, however, in a Telegraph interview held shortly before his death in 2008:

“Fraser conceded that there was only one model for him: not Sir Richard Burton, as some thought, but Fraser himself, who drew on his Army background in India and Burma for the character.”

Readers of Edward Rice’s definitive biography of Burton will understand immediately that he was no Flashman. Burton is an enormous figure, and an outrageous one. But despite his many wonderful eccentricities, Burton ultimately is motivated by a deeply rooted need for adventure and knowledge. His very nature is grandiose and fearless. Flashy, by contrast, is forever running from danger– strictly motivated only by his basest and smallest desires. And Burton retains to the end, despite his many complaints, a loyalty to Queen and Country that could only make Flashman howl with laughter.

Fraser himself was much more than a novelist, having been both a newspaperman and a serious screenwriter who worked with big names like Lancaster, Fellini, McQueen, and Schwarzenegger. His bread and butter, however, was the Flashman series written during the 1970s and 1980s.

One wonders, depressingly, whether such books could be written today. In his 2003 memoirs, Fraser laments the weak tea reviews of his work, taking aim at British political correctness with both barrels: 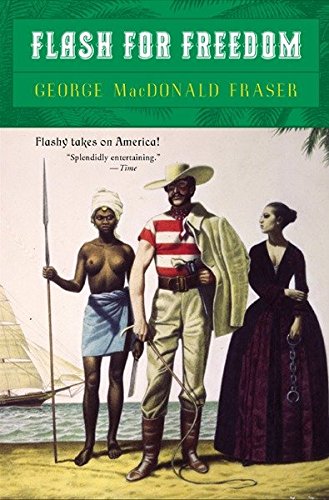 “The philosophy of political correctness is now firmly entrenched over here, too, and at its core is a refusal to look the truth squarely in the face, unpalatable as it may be.

Political correctness is about denial, usually in the weasel circumlocutory jargon which distorts and evades and seldom stands up to honest analysis.

It comes in many guises, some of them so effective that the PC can be difficult to detect. The silly euphemisms, apparently harmless, but forever dripping to wear away common sense — the naiveté of the phrase “a caring force for the future” on Remembrance poppy trays, which suggests that the army is some kind of peace corps, when in fact its true function is killing.

The continual attempt to soften and sanitise the harsh realities of life in the name of liberalism, in an effort to suppress truths unwelcome to the PC mind; the social engineering which plays down Christianity, demanding equal status for alien religions”.

And Like Flashy, Fraser harbors no illusions about politics:

“This is not a lament for past imperial glory, though I regret its inevitable passing, nor is it the raging of a die-hard Conservative.

I loathe all political parties, which I regard as inventions of the devil. My favourite prime minister was Sir Alec Douglas-Home, not because he was on the Right, but because he spent a year in office without, on his own admission, doing a damned thing”.

With Fraser’s death, future prospects for the Flashman series are uncertain. Certainly Flashman readers run older, and this is reflected in Harry’s moribund online presence. A cursory look at Amazon reveals that all 12 books remain available, but the reviews are mostly dated.  The once robust assemblage of online Flashman fan clubs seems listless, and search results are littered with dead links to defunct “AOL members” pages and the like. My personal favorite club, the “Royal Flashman Society of Upper Canada,” no longer appears to have a working site (in the 1990s it sold a great Flashman sweatshirt, modeled by Fraser’s son Nick). HarryFlashman.org similarly comes up “unavailable” in searches.

So at present we must rely on Wikipedia and Amazon to fly the flag of the great Flash Harry. It remains to be seen whether Harry (1822-1915) will die a second death online, or whether his charms will attract a new audience of young fans looking for something better than vampires and shades of grey.

Or, as the Evening Standard put it: “There is a little of Flashman in all of us– but not enough.”

About That Alleged BeheadingBlowing the Lid Off Vaccine Fraud