The Economics of Getting Into Hot Clubs

At Salon, Hayley Krischer has written an article about her terrible experience at hot clubs, My nightclub horror story: The eternal humiliation of getting into America’s “hottest” clubs.

I have no idea who Krischer is, but I can tell you she isn’t that hot. The ropes go up immediately for very hot girls. In fact, for a guy, the quickest way to get into a hot club is to walk to the front of the line with a hot woman or two or three.

I was once in Chicago at a club talking to three very attractive girls. There was a blond, a black girl and a latina. They told me that they wanted to get into some new hot club, but there was always a long line. These gals had clearly not realized yet that beauty was an entry pass into these places. 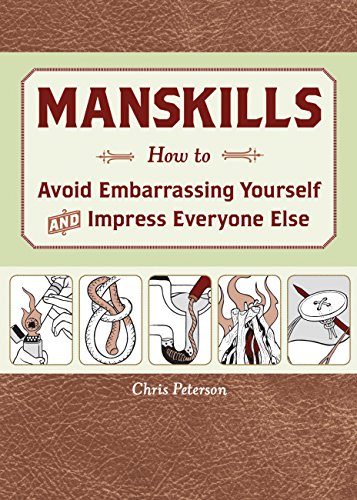 Although I had never heard of the place, I told them that I thought I could get us into the club. So the four of us piled into a cab and headed here. Sure enough, there was a very long line outside. I had the cabbie pull right up in front of the doorman and I stepped out and gave the doorman a nod with my three “entry passes” beside me and viola the rope goes up and we were in.

Since I travel a bit, I have established a routine that gets me known at the best clubs in different cities. This costs a little time, money and effort, but not as much as many would think—but it can really payoff.

One trick is to arrive very early at a club before the ropes go up. This works especially well at clubs that are part of a hotel, they need to be open longer ours to serve the hotel guests. If things get hot at a hotel club at 10:00 PM and the rope goes up at 9:00, show up at 8:45. Once you are in, tip very well, but always pick out a specific bartender, so that after a couple of  visits he will remember you. You just never know when this will come in handy.

Another thing you should do is slip a doorman $20 on the way out. Pick a doorman and make sure you always do it to the same one, so that overtime he remembers who you are. You don’t tip them on the way in because at many hot clubs they can get in trouble for taking money to let someone in–and it will cost you a lot more than $20 on the way in, if they do accept tips on the way in. But after awhile, when they get those surprise $20 bills, the rope is going to come up for you when you are entering the club.

There was a doorman I used to tip regularly at Whiskey Bar in Chicago, whenever I was in town. This paid off very well one time. I hadn’t been in the city in more than two years but I was out on a date there and we had dinner at Hugo’s Frog Bar. After dinner, my date wanted to go to this club across the street where there was a very long line, and although she was attractive, I didn’t think she was smoking hot enough to use as an “entry pass.”  But the club was right next to Whiskey Bar. I noticed the doorman that I had tipped regularly was working the door. With my date, I went over to him and asked him if he knew anyone on the rope next door so that we could get in. He told me to wait a minute and called someone on his walkie talkie. I thought he was calling someone who might help us. Another doorman arrived, and the doorman I knew told him to watch the rope, and he left his post to personally escort us to the front of the line of the other club and get us in immediately.

Now, what is interesting is that these bouncers, doorman and bartenders tend to move from one hot club to the next. So over time, you can get any city pretty much under control–maybe beyond one city. There was a bartender at Whiskey in Chicago, who I had on my “tip payroll,” who had left the city. One time when I was in Los Angeles, I headed over to the very hot club, SkyBar. Who do I find working the rope from the inside entry of SkyBar, inside the Mondrian Hotel? None other than the bartender from Whiskey in Chicago. That worked out very well.

Tipping is important at these places, but it should be repetitive tipping to the same people, so that those you tip remember you. When you walk into these places, you want one, two or three workers in these places to see dollar bills dancing over your head. That’s why in any city, I tend to frequent only two or three places, so that the workers can really get to know me.

In San Francisco once, I tried out a new hot club with two buddies, one of them said to me, “Boy, these waitresses really have attitude.” I replied, “Don’t worry, we’ll break them down.”  I picked out a cocktail waitress, who had a lot of attitude but looked very competent (and hot). I introduced myself and told her that my friends and I were going to be coming to the club a lot and that we picked her out to be our waitress. We tipped big that night and Lillian became I regular waitress. We never had any problem getting service after that. In fact, when she went on vacation, she introduced us to her friend, who was a waitress and who would take care of us when she was away. We had that place rolling and in control. And other customers of the club knew it. Once a guy, who I didn’t know but later learned was an adviser for the IMF, walked up to me and said, “I don’t know who you guys are, but I want to be a part of this table.”

About a year after my buddy had said that the waitresses all had severe attitude, Lillian came over to me and said, “I had a dream last night that I was in an out of control car that I couldn’t steer. It crashed and after the crash, you were there to rescue me.”

Krischer in her commentary also bitches about the crowd in these clubs, but she is clearly doing a type of goofy mass aggregation analysis. In a club of, say, 200 people, there are going to be at least one or two interesting people. You have to find a good spot in a club where you can see everyone and with a quick gaze to be able to tell who is probably smart, who might be interesting and who is approachable. I have had long conversations in clubs with all kinds of people from a girl whose father had taught at Caltech with Richard Feynman to some pretty cool Hollywood types, who are actually very smart and interesting.

Previous article by Robert Wenzel: The Anti-Empire Song of Freedom

The Bleating About InequalityHey, Fellow Americans