irplane was owned and flown by a Spanish contractor called Swiftair, on behalf of Air Algerie. This was a Spanish-registered aircraft staffed by Spanish crew, and not an “African airline,” as virtually every commentator and correspondent has erroneously described it.

Regardless, this was the third high-profile accident in less than ten days’ time, joining the MH17 catastrophe and the crash of an ATR turboprop in Taiwan. An awful week to be sure, with more than four hundred casualties. Plane crashes, like tropical storms and celebrity deaths, seem to happen in threes sometimes.

The temptation, understandably, is to link these recent incidents together and try to wring some scary significance out of them. The media is playing it like some aviation Armegeddon, making travelers everywhere nervous. What in the world is happening? What does such a terrible streak portend? What does it mean for the greater context of air safety?

Well, probably not much.

For starters, these were very different accidents in very different parts of the world, occurring under very different circumstances. And partly because air crashes have become so rare, we tend to fixate on them when they do happen, which messes with our perspective.

Go back to the year 1985, for example. In that twelve-month span, 27 — twenty seven! — serious aviation accidents killed almost 2,500 people. We had the JAL crash outside Tokyo with 520 fatalities; the Arrow Air disaster in Newfoundland that killed 240 American servicemen; the Air-India bombing over the North Atlantic with 329 dead, etc. Two of history’s ten deadliest disasters happened within two months of each other!

Three crashes in a week? How about two in 24 hours. In the same place!

On March 5th, 1966, a Canadian Pacific (CP Air) DC-8 crashed on landing at Tokyo’s Haneda airport. Arriving in heavy fog, the plane went low, struck a sea wall and burst into flames. Sixty-four of the 72 people on the jet were 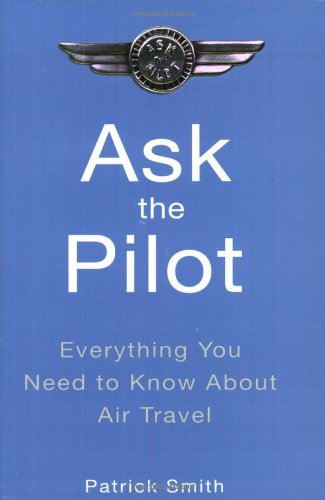 killed. The next afternoon a BOAC 707 carrying 124 people took off from the very same airport, bound for Hong Kong. Apparently to give passengers a good view, the 707′s captain chose to make an unusual visual climbout away from the published departure path and toward the summit of Mt. Fuji — directly into an area of extreme turbulence and 70-knot winds. Approaching the peak, the plane hit a severe gust — a so-called mountain wave — and broke apart in mid-air, throwing wreckage over a ten-mile swath. One of the most gruesomely ironic things I’ve ever seen is a newspaper photograph of the crashed CP Air DC-8. Behind the wreckage, the BOAC 707 is clearly visible, taxiing for takeoff on its own doomed flight.

The 60s, 70s and 80s were an era rife with horrific crashes, bombings, airport attacks and so on. But over the years sine then aviation accidents have become a lot fewer and farther between. There are twice as many planes in the air as there were 25 years ago, yet the rate of fatal accidents, per miles flown, has been steadily falling. The International Civil Aviation Organization reports that for every million flights, the chance of a crash is one-sixth what it was in 1980.

Worldwide, 2013 was the safest year in the history of modern commercial aviation — dating back at least to the dawn of the jet age. This year will be something of a correction, but we can’t expect every year to be the safest. There will be spikes, peaks and valleys. Three accidents in a week is unusual and serious. But the overall trend should not be affected.

Predictably the recent crash spate has a lot of people playing the “which airlines are safest?” game. I don’t like that game, and I consider most airline-to-airline safety comparisons to be an academic exercise not worth the traveler’s time. In practical terms, all commercial air carriers are safe. Perhaps some are slightly safer than others, statistically speaking, but that’s a hard thing to quantify in light of how rare crashes are to begin with. Is an airline with, say, one crash over a 20-year span really “safer” than one with two crashes in that same period?

And there are, and always have been, newer and smaller airlines that run highly professional, button-down operations up to the highest possible standards. At the same time, some of the world’s eldest and most highly respected carriers have been guilty of deadly malpractice. Averaged out, it’s essentially a level playing field, and asking which is the safest airline to fly is a bit like asking which is the best lottery to play. If you’re wondering which criteria to employ, whether you’re headed for Madison or Madagascar, stick with price, schedule and service.

Following is a list of airlines that have gone fatality-free for at least the past thirty years. All qualifying airlines have been in existence since at least 1980:

I chose 1980 to best account for the changeover period from older first-generation jets and propliners to modern fleets. Most of the companies listed have perfect records pre-dating that year. Several, including Air Jamaica, Oman Air, and Tunisair, have never recorded a fatality. Allowing for one fatal mishap since 1980 takes in, just for starters, Royal Air Maroc, TACA, and Yemenia, just to name a few. Even the much-maligned Air Afrique, a West African collective that went bust in 2001, listed but a single accident in over three-plus decades of flying. Ghana Airways, another African star until its demise in 2004, had an even cleaner record, marred by a single fatality in 1969.

Whether the fortunes of some of these carriers attest to exemplary levels of oversight and professionalism or merely to luck is somewhat open to argument. Royal Brunei Airlines, to pick one from the list above, is a tiny outfit with only a handful of aircraft. Compare to American Airlines, with hundreds of planes and thousands of daily departures. American has outcrashed Royal Brunei 5–0 since 1980, but plainly the comparison is lopsided. Nonetheless, any unblemished legacy lasting thirty years is impressive on its own accord, particularly when the setting is an underdeveloped nation with substandard facilities and infrastructure.

For more on the facts and fallacies of airline safety,see chapter six of Cockpit Confidential.

Reprinted with permission from Ask the Pilot.

Previous article by Patrick Smith: In Praise of Michael Roberts