By Carl A. Bjork
Ancient America

If we are to debate or discuss, or to develop a general theory about the symbols and possible semiotic relationships found at rock art sites, we must delineate and set boundaries on the definition or meaning of rock-art. I will use “rock art” to describe what is commonly called petroglyphs and pictographs, carvings and paintings found on rock faces, in grottos and caves, cliffs, or any other geological formation. A rock art site would be a geographical location where one would find a geological formation containing rock art. Within my simplistic definition, rock art site could be a single, rock art-covered boulder in a meadow or a narrow sandstone canyon with hundreds of paintings.

Secondly, I feel that the approach to studying rock art symbols and the relationship to a rock art site must be conducted as a unit of consideration: one cannot be researched without the other. No longer can we look at rock art as “art”, even though that is probably what brought us to a rock art site in the beginning. What brought me to rock art research in the beginning was the geological formation and its geographical setting and, I believe a similar “pull” brought many of the original rock art “artists” to a rock art site. In my personal research into the rock art phenomenon in the western United States, I have found that the environment of a rock art site is what attracted the first rock art “artist”. Many Native American friends have told me, “It is the location of the site that is important, and the rock art came later.” My rock art research started with this question: “Why did they select this site for their rock art?” If we answer that question, then I believe that we will begin to understand the “meaning” of the symbols. We must start with the site, studying its relationship to its spatial environment; including geographical and geological considerations, climatic patterns, acoustical qualities, water and food resources, travel and trade route patterns, celestial viewing properties and the many other values that would make a site useful to a culture.

What I am suggesting is very controversial with debate coming from both extremes in scientific research circles. One group demands that the study of rock art should be the sole property of the archaeological research community and that rock art should be recorded only, without any attempt at interpretation or “meaning” of the rock art symbols…an “If I don’t know what it is, then it doesn’t exist” attitude, but this approach is within good scientific methodology. Far to the other side are theories about encounters by UFO’s and early travelers who recorded their visit. Even if those who debate the rock art phenomenon are from extreme opposites in their opinionated views, open debate and discussion is the only method to finding truth. It will require a multidisciplinary scientific effort to resolve this controversy. To understand the message that the rock art symbols are communicating we must fully understand the worldview of the “artist” and what motivational pressures and impacts were controlling this person. Let me paint a possible scenario: We meet a person who does not understand what a touch of wind is nor does this person know what causes a shadow. The sun is something that brings light but also leaves, sinking behind the western horizon. Everything to this person that is unseen but yet felt is a spirit, even the touch of the wind or a temperature change. Imagine the fear that this person feels during the dark of night not knowing if the sun will return or that the sun will return from its annual journey to its winter home. Remember it is not that long ago when it was common knowledge that if you sailed west to the horizon you would fall over the edge. Establishing motive is the key to unlocking the mystery. 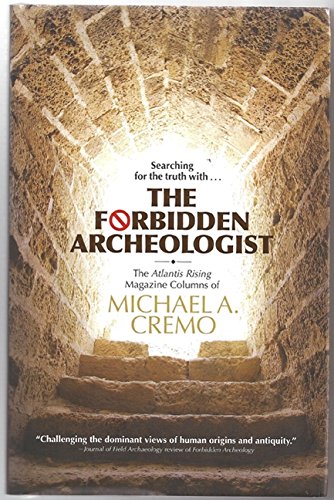 Southwest of Bakersfield, California, there is a unique horseshoe-shaped sandstone monolith, rising from a flat prairie, called Painted Rock. Within the amphitheater are some of the most beautiful rock paintings found in the world and even though heavily damaged much remains to be analyzed and studied. What motivated the first Chumash and Yokuts to this site? 1) The geological formation sits alone on a flat plain. 2) The horseshoe-shaped amphitheater has unique acoustical qualities (if you sit at the right location you can hear any whispered conversation within 30 meters). 3) The open end of the horseshoe faces directly north which gives you a unique view of the stars revolving around the North Star. 4) Before the arrival of Euro-Americans the land surrounding Painted Rock was rich in food resources. 5) The geographical location of Painted Rock provided for a warm winter living site for the coastal Chumash and a cool summer camp for the Yokuts who inhabited the hot interior region. 6) The rock is shaped not unlike a huge vulva. 7) If one stands at the high point of the rock formation there is a commanding view of the plain and surrounding landscape, up to 50 km. 8) During certain times of the year wind currents flowing over the site cause interesting effects and echoing, not unlike a crowd of people whispering (spirits?). 9) Inside of the upper end of the amphitheater is a small head-size hole and if you place your head into the hole and the hum, there is created a strong resonating sound that will cause a trance-like effect to the person. Directly above this hole is a pictograph (red ocher) of a horned-anthropomorph (a shaman?). My listing gives ample justification and motivation for selecting this particular site for use by the people but it doesn’t explain why the site was chosen for placement of the paintings and petroglyphs. I have found many other sites that have many of the same characteristics of the Painted Rock site, that also have many pictographs or petroglyphs, as well as bedrock mortars and grinding slicks. Surrounding many sites is evidence of a “living site”, some with middens over two meters deep.

The Last Refuge of a Keynesian Scoundrel Get Clean, Feel Better, Look Better