Top 10 US Airline Hijackings of the Sixties

The decade after the first US airliner was hijacked and flown to Cuba may be thought of as the “golden age” of US hijackings. Anyone who remembers this era knows just how frequently planes were being hijacked. Prior to 1958 only one airplane was hijacked, per year, on average, in the entire world. The worst year was 1969 when 82 airplanes were hijacked. US airplane hijackings headed for Cuba became so common the FBI considered setting up a fake Havana airport in southern Florida to trick hijackers into thinking they had arrived in Cuba. “Take me to Cuba” became a national catchphrase.

There was great confusion during this period of time about what to do with the hijackers – give into their demands or try to take them out (this ended on September 11, 2001, after which there was no more debate). No one was even sure who had jurisdiction. Was it the FAA or was it the FBI (J Edgar Hoover thought it was most defiantly the FBI). And so it was the hijackers managed to pull off their crimes against a confused and non-coordinated response system. By the end of 1972 over 150 American airplanes had been hijacked. The number of US hijackings began to decrease in 1973 after Cuba and the US came to agreement on means to return hijackers to the US for prosecution. Also, on Jan. 5, 1973, federally mandated measures designed to tighten airline security – metal detectors, searches of carry-on luggage and passengers – went into effect for the first time. These measures would cut hijacking attempts from their peak of one every other week in 1972 to a mere three between 1973 and 1974. By the ’80s, domestic hijackings seemed a thing of the past, a perception that persisted right up to the 9/11 attacks. But during the 1961-1972 skyjacking golden years, upwards of 50% of hijackers were successful. Here are the top ten US airplane hijackings for that time period (including the start of the ’70s).

May 1, 1961 and a US Airlines Convair 440 airplane is traveling from Marathon Florida to Key West. It would become the first US airplane hijacked to Cuba. A US Korean War veteran named Antulio Ramirez Ortiz, boarded the plane with a knife and gun, demanding the pilot to divert the aircraft to Cuba, as he was seeking asylum in the country. At the time, US domestic airlines had no history of aircraft hijackings and when the airplane disappeared from its intended flight route it was assumed to be lost and missing at sea. At the time, hijacking an airplane was not even a US federal crime. After Ortiz was apprehended in Jamaica in 1975 he was only charged with assault and transportation of a stolen aircraft over state lines. Ortiz lived to regret his decision to seek asylum in Cuba as Castro thought he was a US spy and he spent years in Cuban prison. He was released and in 1972 he attempted to escape Cuba by raft, but was apprehended by Cuban officials and spent another 3 years in prison.

On November 24, 1968, three men, (one named Castro), hijacked a Pan Am flight with 103 people on board from New York’s JFK Airport and diverted the flight to Havana, Cuba. The hijackers grabbed a stewardess and put a knife to her neck then pointed a loaded gun in the face of the flight engineer saying “Cuba, Cuba, Cuba.” Passengers were forced to leave the airplane when it landed in Havana and no one was injured. Two of the three hijackers were captured in the 1970s but a third lived as a fugitive in Cuba until 2009 when he returned to the US and surrendered. At his trial he claimed he wanted to return to the US to be with his wife who had fled Cuba in 2004. He asked for leniency and a sentence of no more than 4 years but the Judge was having none of it and on January 4, 2011 the hijacker was sentenced to 15 years in prison, without the possibility of parole.

On July 31, 1972, Delta Airlines Flight 841 was hijacked by three men and two women. They demanded money and to be flown to Algiers, following a refueling stop at Boston. With the $1,000,000 ransom they extorted from 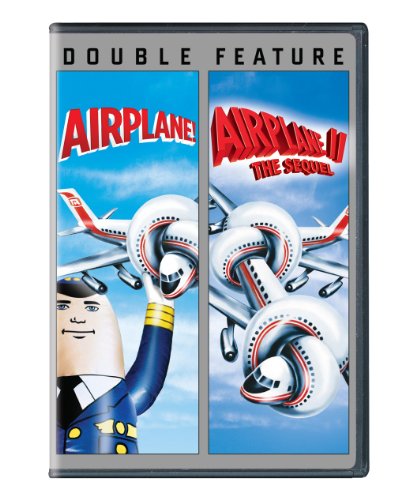 Delta they were on their way to Algiers to join Black Panther Eldridge Cleaver’s “Afro-American Liberation Army.” However, once in Algiers, the Algerian government showed no intention of letting the Panthers get their hands on the Delta ransom. Cleaver was outraged and dashed off an open letter to President Boumedienne. “We must have the money,” he told his host.

Instead, the hijackers were put onto another plane, an Air Algérie 727 that settled down at Paris’ Orly Airport with a large contingent of French police following it as it taxied to a stop. Each of the men carried off the plane a brand new and obviously heavy black suitcase with a discreet plastic tag bearing the name and symbol of Delta Airlines. Inside the suitcases was the $1,000,000 in $50 and $100 bills. The money was returned to Delta and the hijackers arrested.

Forbidden ArcheologyCan a Makeover Save It?