Before the crucial visit to Beijing next week, the governor of the Russian Central Bank, Elvira Nabiullina met Vladimir Putin to report on the progress of the upcoming ruble-yuan swap deal with the People’s Bank of China and the Kremlin used the meeting to let the world know about the technical details of its international anti-dollar alliance.

On June 10th, Sergey Glaziev, Putin’s economy advisor published an article outlining the need to establish an international alliance of countries willing to get rid of the dollar in international trade and refrain from using dollars in their currency reserves. The ultimate goal would be to break the Washington’s money printing machine that is feeding its military-industrial complex and giving the US ample possibilities to spread chaos across the globe, fueling the civil wars in Libya, Iraq, Syria and Ukraine. Glaziev’s critics believe that such an alliance would be difficult to establish and that creating a non-dollar-based global financial system would be extremely challenging 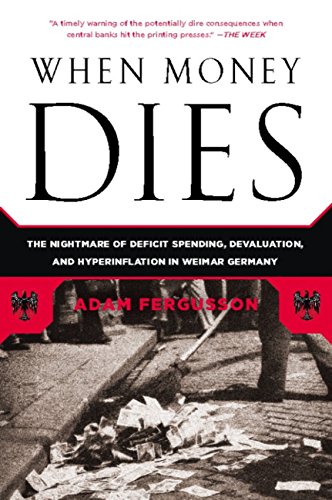 from a technical point of view. However, in her discussion with Vladimir Putin, the head of the Russian central bank unveiled an elegant technical solution for this problem and left a clear hint regarding the members of the anti-dollar alliance that is being created by the efforts of Moscow and Beijing:

“We’ve done a lot of work on the ruble-yuan swap deal in order to facilitate trade financing. I have a meeting next week in Beijing,” she said casually and then dropped the bomb: “We are discussing with China and our BRICS parters the establishment of a system of multilateral swaps that will allow to transfer resources to one or another country, if needed. A part of the currency reserves can be directed to [the new system].” (source of the quote: Prime news agency)

It seems that the Kremlin chose the all-in-one approach for establishing its anti-dollar alliance. Currency swaps between the BRICS central banks will facilitate trade financing while completely bypassing the dollar. At the same time, the new system will also act as a de facto replacement of the IMF, because it will allow the members of the alliance to direct resources to finance the weaker countries. As an important bonus, derived from this “quasi-IMF” system, the BRICS will use a part (most likely the “dollar part”) of their currency reserves to support it, thus drastically reducing the amount of dollar-based instruments bought by some of the biggest foreign creditors of

Skeptics will surely claim that a BRICS-based anti-dollar alliance will not manage to deprive the dollar of its global reserve currency status. Instead of arguing against this line of thought, it is easier to point out that Washington is doing its best to enlarge the ranks of the enemies of the dollar. Asked by Russia 24 channel to comment on Nabiullina’s statements, Andrei Kostin, the president of the state-owned VTB bank and one of the staunchest supporters of anti-dollar policies, offered an interesting perspective on the situation in Europe:

“I think the work on ruble-yuan swap line will finalized in the nearest future and the way for ruble-yuan settlement will be open. Moreover, we are not the only ones with such initiatives. We know about the statements made by Mr. Noyer, chairman of the Bank of France. As a retaliation for what Americans have done to BNP Paribas, he opined that the trade with China must be done in yuan or euro.”

If the current trend continues, soon the dollar will be abandoned by most of the significant global economies and it will be kicked out of the global trade finance. Washington’s bullying will make even former American allies chose the anti-dollar alliance instead of the existing dollar-based monetary system. The point of no return for the dollar may be much closer than it is generally thought. In fact, the greenback may have already past its point of no return on its way to irrelevance.