We, the People of the World

I am astounded that the Media and almost all erstwhile analysts seem to have lost all sense of the obvious possibilities and detective common sense about the plane crash in the  Ukraine, about that war the U.S. largely created, and all the other wars the U.S is creating worldwide.

Of course, MOTIVE is only the first question you have to ask–Qui bono? Who benefits.

There are LOTS of others which my colleagues–John Moore, Butler Shaffer, and many  more– have been asking and analyzing splendidly.

This could obviously be a Black Flag Pack of Lies by the  U.S. or a series of stupid mistakes–beginning with the U.S. FORCING WAR on the Russians and Ukrainians, some crazy airline routing directly over a war zone with red hot air war going on, etc.

As Aristotle would say, there are many causes. The PRIME CAUSE of this mass plane death is the U.S. war against Russia and the ethic Russian-Ukrainians whose democratic government was overthrown in Kiev with U.S. help and are now freedom fighters wanting only to escape the Kiev tyranny,  just like the American Conservative Revolutionaries fighting the tyrannical UK monarch for their British Constitutional  freedoms. All the Russians want at this point is autonomy within a Kiev government. The New Russian freedom fighters will probably accept this at this point, as Putin and Merkel, et al,  have been quietly, desperately trying to get them to do. Kiev will have to stop sounding like King George demanding the hanging of Jefferson, Adams, Washington and all the American leaders.

BTW, Rand Paul is speaking out more and more to expose the Big Lies about foreign policy matters like this, so maybe we the people in favor of peace and freedom will have a public spokesman to carry on where his father left off. I was once again listening to that beautiful, moving song by Bobby Darin back in the late Vietnam War in which he sings, “We the people here don’t want this war!” I think almost all intelligent Americans agree with that about ALL OF THESE WARS AROUND THE WORLD THE U.S. IS OPENLY LAUNCHING, SECRETLY CREATING OR SUPPORTING.

WE THE PEOPLE OF THE WORLD DON’T WANT THESE U.S. IMPERIALIST WARS! 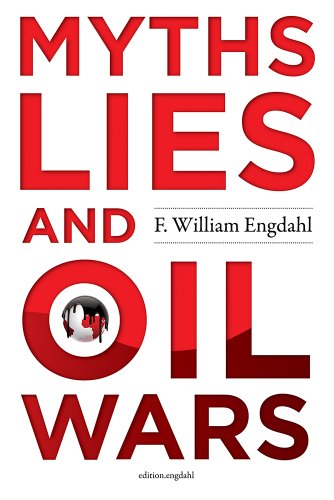 Hey, Fellow AmericansAre You Prepared for an Earthquake?